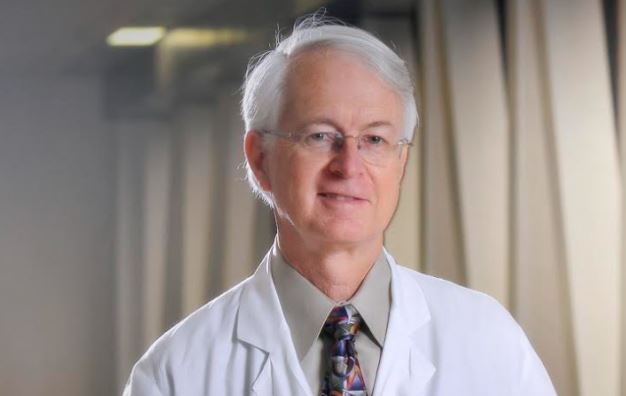 When it comes to helping underrepresented groups pursue medical and health science professions, James Kirklin, M.D.’s, heart has always been in the right place.

The retired cardiologist is the driving force behind the success of the Historically Black Colleges and Universities (HBCU) Scholars program in Birmingham, which has educated dozens of students in a field many might not have considered.

“My personal interest is just doing everything we can to erase and eliminate barriers to people being able to fulfill their talents, their expectations, their dreams,” said Kirklin, principal advisor for the HBCU Scholars program. “Nothing should limit them from seeking opportunities and fulfilling their dreams.”

In January, four HBCU Scholars—two from Miles College and two from Lawson State Community College—spoke about their research involving heart disease and stroke during a virtual panel hosted by the American Heart Association (AHA). Medical students spent an entire year on their projects to gain experience as part of a program that is a partnership between the AHA and HBCUs, which aims to increase the number of students who pursue graduate degrees in the medical and health science fields.

Kirklin, a professor in the Division of Cardiothoracic Surgery at the University of Alabama at Birmingham (UAB) School of Medicine, said his involvement with the AHA helped create the program in Birmingham.

“I have a long-standing association volunteering for the AHA,” he said. “In about 2015, they began this program of HBCU students at Tennessee [State University]. When I first learned about it in about 2016, I thought, ‘Gee, you know, we have a perfect environment for young African American students at college levels to provide themselves an environment for teaching and learning about research in the cardiovascular field.’”

At that time, I was on the Southeast Regional Board of Directors for the [Hospital Corporation of America (HCA)]. Working together with a number of people within the organization, we met with representatives from Miles College and initiated the first class,” he said.

When Kirklin retired from clinical cardiac surgery in 2017, he turned full time to research at the Kirklin Institute, which is named after his father, the late John W. Kirklin, M.D.

“As a wonderful spinoff, it provided an opportunity for HBCU students,” said Kirlin, the Endowed Chair of Cardiovascular Surgery and director of UAB’s James and John Kirklin Institute for Research in Surgical Outcomes (KIRSO).

A native of Rochester, Minnesota, James was exposed to the world of medicine at a young age by his father, John, a pioneer in heart surgery at the Mayo Clinic.

“He eventually, in 1966, came to UAB and was chairman of surgery here for many years. I was in Rochester, went to college at Ohio State University, and then went to Harvard Medical School. I did all of my training in Boston, [Massachusetts], and then came down to UAB,” said the younger Kirklin.

Seeing his father, who died in 2004, as a “wonderful role model,” Kirklin decided to follow in his footsteps and pursue a career in heart surgery.

“I knew I wanted to be a surgeon during the last couple of years in college, and I was certain in medical school that I wanted to go into heart surgery, so I did my training there,” Kirklin said. “When you go into a career of heart surgery—in my case, with an interest in congenital cardiac surgery in children and adults, as well as heart transplantation and mechanical support—teaching is inherent in that.”

It was this duty to teach that eventually led to the environment in which the HBCU Scholar’s program would thrive.

“For many years, we had an enterprise that I was in charge of—a group of statisticians and researchers doing multi-institutional studies in heart transplantation and mechanical support,” Kirklin said. “This led to large funding opportunities from the [National Institutes of Health (NIH)], which lasted for 10 years and allowed us the opportunity to recruit some really world-class individuals,” including UAB School of Medicine Dean Selwyn M. Vickers, M.D., and several other medical professionals.

As part of the HBCU Scholars program, students learn how to conduct and develop medical research.

“Generally, before the COVID-19 pandemic, they would come to UAB and sit right along with our statisticians and other researchers, two to three days a week, organized around their class schedule,” Kirklin explained. “They would spend three or four hours at a time first learning about a potential project, then we set out a curriculum for them that will have certain things they’re going to acquire knowledge about, like preliminary programming of computers and the language of [Software-as-a-Service (SaaS)], which is the basic language for research. … They learn how to do analytics, they learn about research and heart transplantation and mechanical support, and then in a combination of this, they develop a poster based on their research project. They then [have the opportunity to] present it at a regional conference put on by the AHA.”

Kirklin says his experience working with the HBCU Scholars program is especially rewarding when he can witness students grow.

“Without a doubt there’s not just one, but it’s student after student,” he said. “It’s very gratifying to see a student make an amazing transformation—[evolving from] somebody who doesn’t know anything about the subject matter, is very uncomfortable speaking publicly, and is a little bit shy and not very outgoing … [into] somebody who, in a very short period of time with some coaching and practice and working with the mentors, … [has the confidence] to reveal the major intelligence they have.”

The HBCU Scholars program is important for another reason, Kirklin said.

“It’s just a clue as to what they will be able to accomplish in the future because, obviously, the talent was always there. For whatever reason, they never had the opportunity to express it quite in the same way that they get when they come to work with us,” he said.