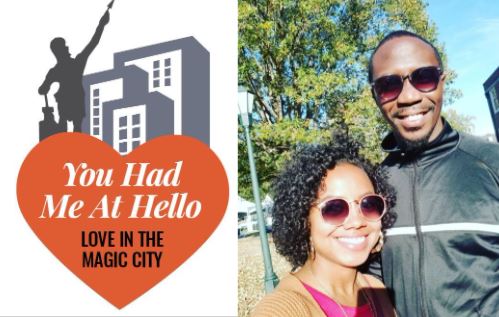 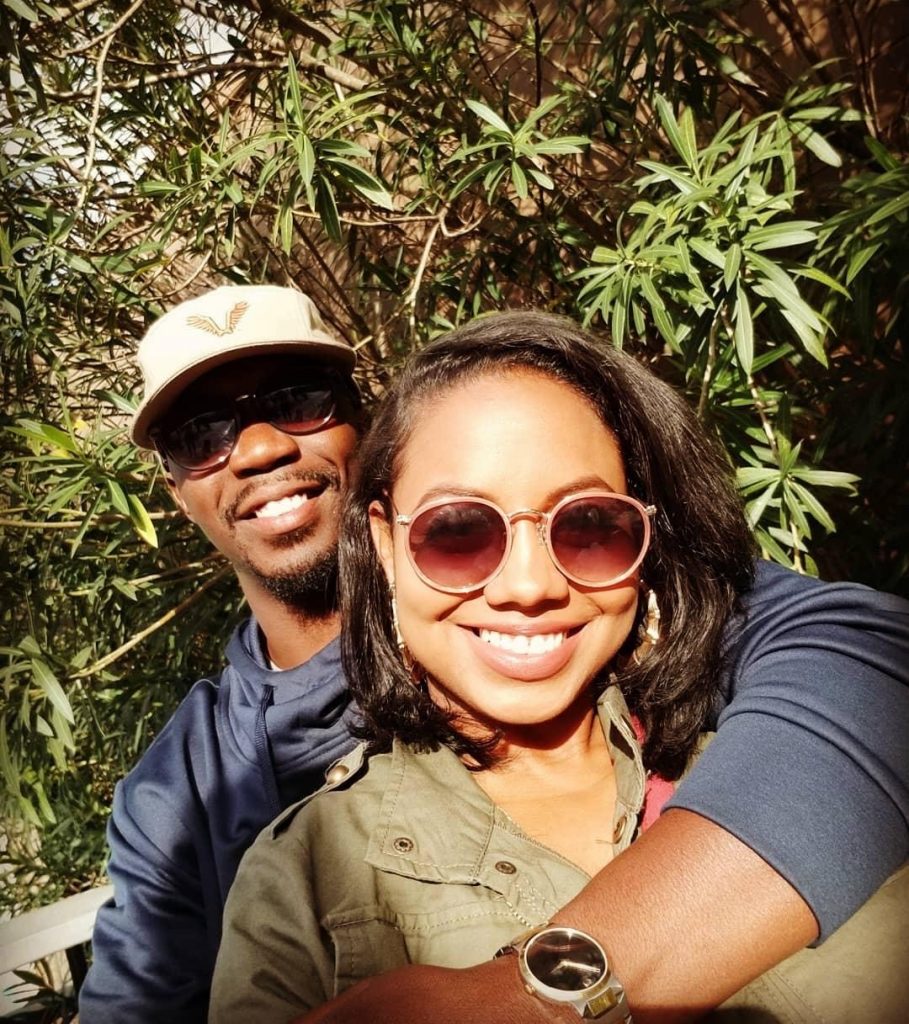 Met: Deesha and Isaac still remember the day, “It was April 29, 2011, right after the tornadoes… at Martini’s night Club in Hoover,” said Isaac, who was a 21-year-old senior and football player at Samford University at the time.

“I see Deesha, and I’m like ‘oooh, who is that over there?’, I’m looking at her and she’s scanning the room and we happened to catch eyes… I kept looking because I said if it happens again, I’m going to have to go over there.”

It happened again. Isaac said he “went in”, approached Deesha and her friends, and asked if he could steal her for a moment of conversation. During their chat, Deesha told Isaac she had a boyfriend. “I wanted to be respectful, so I said nice meeting you, and I walked away… [throughout the night] I saw dudes trying to talk to her and she ain’t saying nothing to them, but her boyfriend wasn’t there so I went back in. We talked some more and got to know each other better, found we had some things in common. We were both Lakers and Kobe Bryant fans…  two a.m. came, the lights came on and I told her I would love to keep the conversation going and I handed her my phone and she put them digits in.”

Deesha, who was 25, and a working professional, had no idea she was making eyes with a college kid.

“At that point in my life I wasn’t looking for a relationship, so when any guy asked me for my number, I’d tell them I had a boyfriend,” Deesha said. “So, I gave him that line and he left, but a little while later he came back and started talking to me again and we were having a good conversation and he didn’t say anything that sent up any red flags. I want to say that maybe it was God telling me that I needed to tell him the truth because he was a good person, so I said ‘listen, I really don’t have a boyfriend’ and at the end of the night when he asked me for my number I gave it to him.”

First date: Two weeks later at Brookwood Mall. Isaac suggested that Deesha come to his dorm room for their first date. Deesha told him they could meet some place public and talk. “We met up at Brookwood Mall in the food court and hung out for about two hours… I didn’t know anything about Birmingham, I was still fairly new to the city [from Eufaula] and had never heard of Samford [University],” she remembered, “… We talked about him going to school at Samford and me going to Troy [University].”

When Isaac told her he was on full football scholarship, she said, “I know how y’all are…’, she profiled me because of my age [three years younger], but as we got closer she found out age ain’t nothing but a number,” Isaac laughed.

The turn: Fall 2011, Deesha said she heard God speak to her late one night while on the phone with Isaac. “I heard this voice, and I say it was God speaking to me and He said that Isaac was going to be my husband. That’s how I knew,” she said.

“We had brought some Jamaican food to the park with us and were laid out on a blanket… I had my eyes closed and when I opened them she was starring at me smiling. And I [asked her what she was] smiling at, and she said ‘you. I’m smiling because I’m here with you.’ And then I said to myself ‘man, you over here tripping . . . I’m here with this beautiful woman’ and [was feeling] a love I couldn’t articulate, it was agape love. It was a feeling that came and relieved and released and I knew she was the one,” Isaac said.

The proposal:  July 2015, at their apartment in Hoover.  “There was a triggering event that I would say heightened what was important to me and I knew I needed to solidify my relationship with her,” said Isaac.

“In January of that year we had done 12 weeks of marriage counseling [with a couple associated with Biblical Marriage Institute] so we knew we wanted to be married we just hadn’t set a date,” Deesha said. “And then Isaac had gotten injured, and when you’re not related to someone when you go to the hospital they don’t give you any kind of information, and that was eye-opening for us. So once he was able to move around again we decided that we were going to set a date and get married.”

The wedding: At the Alabama Sports Hall of Fame, officiated by Pastor Cameron Thomas of Mount Zion Baptist Church outside of Pell City. Their colors were coral and gold.

Most memorable for the bride was “standing outside waiting for the doors to open so I could walk down the aisle,” Deesha said. “I had been cool, calm and collected, but once the flower girls walked down the aisle and I heard the music it really hit me. I just broke down in tears.”

Most memorable for the groom was locking eyes with his bride. “As soon as I saw her walking down the aisle and we locked eyes I started crying.  It signified everything it took that made that day happen and it was a moment to never forget,” Isaac said.

Words of wisdom: Focus on what it takes to stay married, versus what it takes to get married… [Have] authentic communication, be real with each other even if you’re uncomfortable, Isaac said.

Deesha agreed, “confront your challenges and address them head on, don’t run from them. Address your challenges in a way in which you can both be comfortable being uncomfortable. You have to create an environment that supports one another in addressing your challenges,” she said. “Disagreements, arguments, disappointments, heartaches, frustration, it’s all going to happen at some point in your marriage. So, I think it’s important to know your spouse’s heart….[and that] everything that happens in your marriage is not going to be lovey-dovey and glitz and glamour…,”

Both say to take time every day to remember why they chose each other and wanted to be married.

Happily ever after: The Coopers have two children, son, Irie, 2 and daughter, Isla six months.

Isaac, 31, is a Fort Walton Beach, FL native and a Fort Walton Beach High School grad. He attended Samford University, where he earned a bachelor’s of science degree in finance, and is owner and CEO of IMC Financial Consulting in Downtown Ensley.