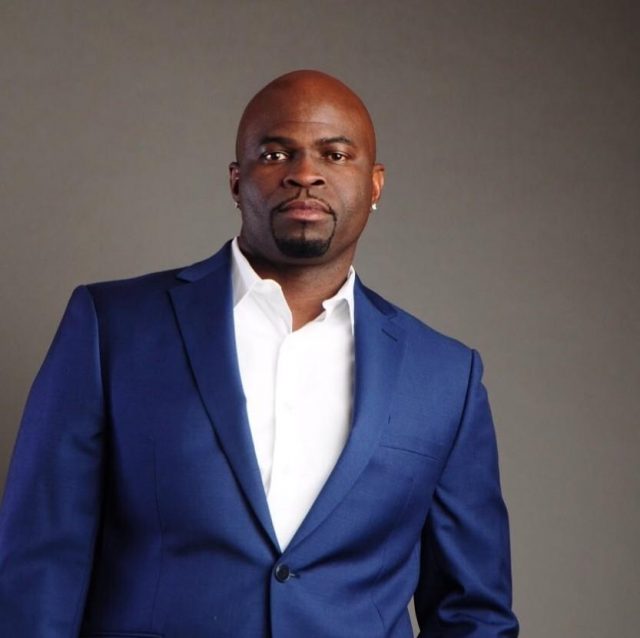 CELEBRATING WOMEN’S HISTORY MONTH!!!
TODAY…
**COMEDIAN STEVE MCGREW at the StarDome Comedy Club.
**THIRSTY THURSDAY at Hookah 114 17th Street No.
**READ THE BIRMINGHAM TIMES. Get all the latest news.
**WATCH LOTS OF MOVIES …after dinner and with the family and friends at Sidewalk Fest. Check out the Sidewalk Film Fest for lots more. 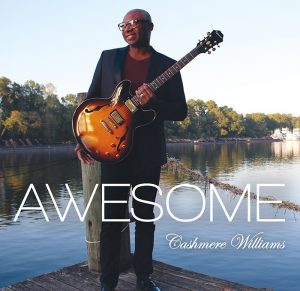 FRIDAY…
**GUITARIST CASHMERE WILLIAMS, 6-9 p.m. at Billy’s, 4520 Overton Road.
**TRIBUTE TO JOHNNY TAYLOR featuring DENNIS MITCHELL at Perfect Note.
**MOVIE NIGHT: Rent and Watch movies at Sidewalkfest.com.
**COMEDIAN STEVE MCGREW at the StarDome Comedy Club.
**LIT FRIDAYS WITH RIPCORD, 8 p.m. – 2 a.m. at 4501 Gary Avenue in Fairfield.
**ENJOY THE DAY …the food, reading books, watching movies, taking a nap or just talking with loved ones and friends on the phone.  Get outside! Get some sun if you can!
SATURDAY…
**TROMBONIST JEFF BRADSHAW at Perfect Note.
**SATURDAYS IN THE GARDENS at Birmingham Botanical Gardens.
**WINE DOWN HAPPY HOUR, 4-9 p.m. at Saferoom Lounge Bar.
**COMEDIAN STEVE MCGREW at the StarDome Comedy Club.
**FUN, GAMES, YARD AND HOUSE WORK including Uno, Monopoly, Solitaire, Shopping, Eating. Times are changing soon.
SUNDAY…
**FAMILY TIME, GOOD FOOD AND MOVIES.
**COMEDIAN STEVE MCGREW at the StarDome Comedy Club.
MONDAY…
**READ A GOOD BOOK…There are a few on the bookshelves, just lying around are some to read, A TASTE OF POWER: A BLACK WOMAN’S STORY by ELAINE BROWN…or you can get an e-book.
**EVERY MONDAY is MONSLAYYY – THE CARIBBEAN WAY, 8 p.m. at the Vault with TRINI and BRENT TRINI-FRESH PIERRE. FREE.
**LIVE FROM THE STARDOME RICKEY SMILEY KARAOKE.
TUESDAY…
**READ A REAL GOOD BOOK…You might like cookbooks, to-do books, game books, picture books, history books. You might like: SISTERS IN THE STRUGGLE: AFRICAN AMERICAN WOMEN IN THE CIVIL RIGHTS – BLACK POWER MOVEMENT edited by BETTYE COLLIER-THOMAS and V.P. FRANKLIN. Check it out!
WEDNESDAY…
**INTERFAITH NOONDAY PRAYER SERVICES every Wednesday, Noon at Linn Park in Downtown Birmingham. 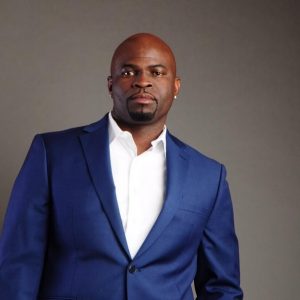 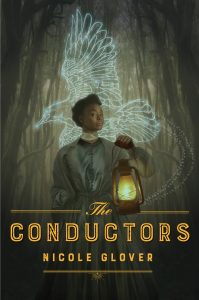 **BOOK: CONDUCTORS is written by author NICOLE GLOVER. This is a vibrant historical fantasy of magic and murder set in the aftermath of the Civil War. Hetty Rhodes and her husband, Benjy, were Conductors on the Underground Railroad, ferrying dozens of slaves to freedom with daring, cunning, and magic that draws its power from the constellations. With the war over, those skills find new purpose as they solve mysteries and murders that white authorities would otherwise ignore. In the heart of Philadelphia’s Seventh Ward, everyone knows that when there’s a strange death or magical curses causing trouble, Hetty and Benjy are the only ones that can solve the case. But when an old friend is murdered, their investigation stirs up a wasp nest of intrigue, lies, and long-buried secrets- and a mystery unlike anything they handled before. With a clever, cold-blooded killer on the prowl testing their magic and placing their lives at risk, Hetty and Benjy will discover how little they really know about their neighbors . . . and themselves. 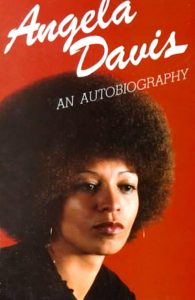 **BOOK: ANGELA DAVIS: AN AUTOBIOGRAPHY by author ANGELA DAVIS. Originally published in 1972, activist and scholar Angela Davis’s autobiography is an inspiring story about her journey to activism and her lifelong commitment to working against oppression. She has written several books on feminism, race, incarceration, and class. Her most recent book Abolition. Feminism. Now. (coauthored with Gina Dent, Erica Meiners, and Beth Richie) will be published in March.
**BOOK: SISTERS IN THE STRUGGLE: AFRICAN AMERICAN WOMEN IN THE CIVIL RIGHTS – BLACK POWER MOVEMENT edited by BETTYE COLLIER-THOMAS and V.P. FRANKLIN. For an overview of Black women of the Civil Rights Movement, Sisters in the Struggle is a good option. It includes essays about key female activists as well as first-hand accounts. Women were at the forefront of the civil rights struggle, but their individual stories were rarely heard. Only recently have historians begun to recognize the central role women played in the battle for racial equality. In Sisters in the Struggle, we hear about the unsung heroes of the civil rights movements such as Ella Baker, who helped found the Student Non-Violent Coordinating Committee, Fannie Lou Hamer, a sharecropper who took on segregation in the Democratic party (and won), and Septima Clark, who created a network of “Citizenship Schools” to teach poor Black men and women to read and write and help them to register to vote. We learn of Black women’s activism in the Black Panther Party where they fought the police, as well as the entrenched male leadership, and the Southern Christian Leadership Conference, where the behind-the-scenes work of women kept the organization afloat when it was under siege. It also includes first-person testimonials from the women who made headlines with their courageous resistance to segregation—Rosa Parks, Charlayne Hunter-Gault, and Dorothy Height. This collection represents the coming of age of African-American women’s history and presents new stories that point the way to future study. Contributors: Bettye Collier-Thomas, Vicki Crawford, Cynthia Griggs Fleming, V. P. Franklin, Charlayne Hunter-Gault, Farah Jasmine Griffin, Duchess Harris, Sharon Harley, Dorothy I. Height, Chana Kai Lee, Tracye Matthews, Genna Rae McNeil, Rosa Parks, Barbara Ransby, Jacqueline A. Rouse, Elaine Moore Smith, and Linda Faye Williams. 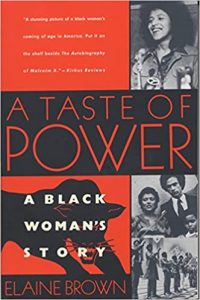 **BOOK: A TASTE OF POWER: A BLACK WOMAN’S STORY by author ELAINE BROWN. Elaine Brown assumed her role as the first and only female leader of the Black Panther Party with these words: “I have all the guns and all the money. I can withstand challenge from without and from within. Am I right, Comrade?” It was August 1974. From a small Oakland-based cell, the Panthers had grown to become a revolutionary national organization, mobilizing Black communities and white supporters across the country—but relentlessly targeted by the police and the FBI, and increasingly riven by violence and strife within. How Brown came to a position of power over this paramilitary, male-dominated organization, and what she did with that power, is a riveting, unsparing account of self-discovery. Brown’s story begins with growing up in an impoverished neighborhood in Philadelphia and attending a predominantly white school, where she first sensed what it meant to be Black, female, and poor in America. She describes her political awakening during the bohemian years of her adolescence, and her time as a foot soldier for the Panthers, who seemed to hold the promise of redemption. And she tells of her ascent into the upper echelons of Panther leadership: her tumultuous relationship with the charismatic Huey Newton, who would become her lover and her nemesis; her experience with the male power rituals that would sow the seeds of the party’s demise; and the scars that she both suffered and inflicted in that era’s paradigm-shifting clashes of sex and power. Stunning, lyrical, and acute, this is the indelible testimony of a Black woman’s battle to define herself.
FOR MOVIE LOVERS…
**AT THE SIDEWALK CENTER… 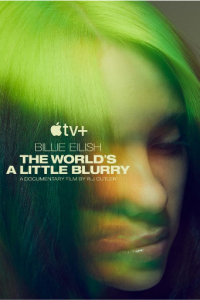 **MOVIE: BILLIE EILISH: THE WORLD’S A LITTLE BLURRY is a documentary directed by RJ CUTLER. It is an intimate look at the singer-songwriter’s journey, navigating life on the road, on stage and at home while creating her debut album.
**STOWE STORY LABS 2021 APPLICATION SEASON OPENS – Sidewalk Film Fest is partnering with the Labs for the Third Annual Sidewalk/Stowe Narrative Lab. The Stowe Story Labs was founded to help top emerging screenwriters, filmmakers and creative producers from around the world get work made and seen. The 2021 Programs include: MAY 14-18: Stowe Writers Retreat, JUNE 5-8: Stowe Narrative Lab, AUGUST 25-28: Sidewalk Narrative Lab (Remote) and SEPTEMBER 3-7: Stowe Writers’ Retreat. Apply at Sidewalkfest.com.
FOR COMEDY LOVERS…
AT THE STARDOME COMEDY CLUB…
**TODAY THROUGH SUNDAY … COMEDIAN STEVE MCGREW… Comedian Steve ‘Mudflap’ McGrew (the hellbent southern gent) has been featured on Comedy Central in his own half hour special. He can be heard on 24/7 Comedy and on Sirius XM radio. Mudflap has released several comedy CDs, his latest, One Sick Puppy, is now available on iTunes. He is a regular at Brad Garrett’s Comedy Club, The Laugh Factory and Sin City Comedy club in Las Vegas. When McGrew lands on stage you can expect an instantaneously likable, high energy, and rapid fire show. His material is drawn from everyday life situations, and is a hybrid of character work, storytelling and one liner jabs to the funny bone. His “crossover” comedy style appeals to people from all walks of life, age groups, and ethnic backgrounds. Steve ‘Mudflap’ McGrew is also in high demand for comedy clubs and casino shows all around the country.
**MONDAY…LIVE FROM THE STARDOME WITH RICKEY SMILEY KARAOKE.
**NEXT WEDNESDAY and THURSDAY… COMEDIAN LAV LOVE…From his early start hosting high school talent shows, to his honorable stint in the United States Armed Forces, “LAV LUV” has always known that his destiny was on stage, making people laugh. LAV made his way to “open mic night” at Atlanta’s Uptown Comedy Corner, and has been on a whirlwind roll with comedy ever since. He is now one of the four permanent hosts at Uptown Comedy Corner which has showcased for hosts Corey “ZOOMAN” Miller, Earthquake, Chris Tucker, and Don “DC” Curry. Lav is a true student of the art of professional stand-up comedy and is a very diverse comedian with jokes dealing with socioeconomic/ politically correct issues to the ambiance of normal relationships and racially provoking thoughts. He consistently polishes his act and has expanded his talents to improvisation.
*NEXT FRIDAY AND SATURDAY…COMEDIAN CARLOS MENCIA.
**COMING SOON – COMEDIANS TIM STATUM, JESS HILARIOUS and more… DON’T MISS THEM!
Well, that’s it. Tell you more ‘next’ time. People, Places and Thi 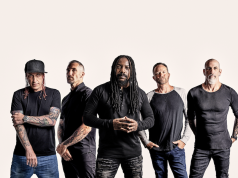 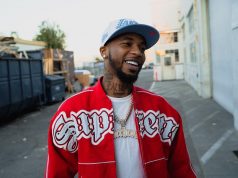 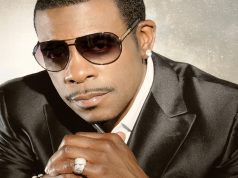