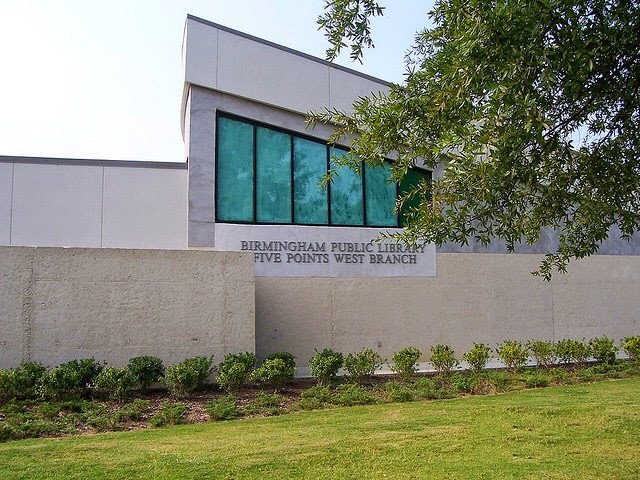 By Roy L. Williams
cobpl.org
Kick off your 2021 Juneteenth weekend by joining the Birmingham Public Library’s first in-person Read-In for Justice.
This nationally-recognized program will be held from 10 a.m. to 11 a.m. on Friday, June 18, the eve of the annual Juneteenth  celebration. It will take place in Learning Tree Park adjacent to the Five Points West Library, 4812 Ave. W (across from the Birmingham Complex).
Previous Read-In for Justice programs were held virtually on the Birmingham Public Library Facebook page.  This will be the first held outdoors for the public, allowing in-person participation.
Read-In for Justice was formed in June 2020 amid national protests of racial injustice sparked by the death of George Floyd at the hands of Minneapolis police.
After racial protests were held across the country including Birmingham, Rachel Estes, Outreach Coordinator of Canterbury United Methodist Church, learned of a similar event held in Huntsville and reached out to staff at the Birmingham Public Library and community activists to make it happen in Birmingham.
Originally set to be held at Avondale Park outside Avondale Library, Covid-19 restrictions led Read-In for Justice to be held virtually via the Birmingham Public Library Facebook page.
Read-In for Justice was a big hit, sparking requests for follow-up events and gaining national recognition when BPL’s racial justice program was featured on the Urban Libraries Council website.
Throughout the year, readers of all races and of diverse backgrounds used Read-In for Justice to:
• Share their voices and even personal stories to educate the public about civil rights journeys of the past
• Empower and uplift children and teens
• Raise awareness of injustice within various cultures, including blacks, whites, Latinos and other races
• Ultimately celebrate diversity
Hosted via Facebook Live by BPL Outreach Librarian Candice Hardy, Read-In for Justice has expanded beyond authors reading books on race and social justice.
Gelenda Norman, Central Library Youth Department, said she is excited to see Read-In for Justice achieve the original goal of being presented outdoors before live audiences.
“We will have past readers and new readers, along with the giveaway of books and other surprises,” Norman said. “We want to kick off the celebration of Juneteenth.”
Juneteenth (short for “June Nineteenth”) marks the day when federal troops arrived in Galveston, Texas in 1865 to take control of the state and ensure that all enslaved people be freed. The troops’ arrival came a full two and a half years after the signing by President Abraham Lincoln of the Emancipation Proclamation, a document freeing slaves. Juneteenth honors the end to slavery in the United States and is considered the longest-running African American holiday.