The City of Birmingham on Tuesday banned no-knock warrants, which have never been a part of police department operations but is now in writing and part of official policy.

“We’re going to continue to work to re-evaluate all of our policies, re-evaluate everything that we do, to make sure that we are implementing best practices in law enforcement and keeping the community safe, while making sure that our officers are safe,” said Patrick D. Smith, chief of Birmingham Police Department, during a press conference.

No-knock warrants have become a target of advocacy groups and many citizens because of the 2020 killing of Breonna Taylor, a Black emergency room worker, by Louisville police officers.

“Certain areas of procedure were not codified in writing,” Smith said, “so that was the most important part—codifying what we do, having it in writing with thorough explanations and letting the officers know exactly what we were doing.”

In addition to banning no-knock warrants, BPD has put in place new risk assessment practices to “determine the risk level or amount of danger officers and community members will be placed in during the service of the warrant” based on BPD’s official rules, Smith said.

Taylor’s death shocked many across the nation and forced many police departments to review their policies, said Mayor Randall Woodfin.

As for BPD’s the new risk assessment policies, Woodfin focused on flashbangs. “[The new rule] also . . . disallows devices such as flashbangs, by police, unless the risk assessment, specifies their use or extreme circumstances call for their use,” the mayor said.

“[Pastors] came to my conference room hot and heavy, and we actually sat down and had very long conversations over a period of several months,” Smith said, “making sure that we had the right policy in place.”

Beavers said he and a group of other pastors were grateful to say that no-knock warrants won’t be employed in Birmingham.

In other city business Tuesday, officials urged residents behind on rent or utility bills due to COVID-19 related hardship to apply for millions in federal funds especially with evictions set to resume in August.

Woodfin said the primary problem for people who need assistance is the application itself.

Chris Hatcher, interim director for the city’s Department of Community Development, urged citizens to apply if they need assistance.

“We can assist, we are partnered, and [have] gathered a team that is ready and able to assist,” Hatcher said. “The federal government awarded the city of Birmingham these funds to provide to citizens in need [within] the city.”

A federal eviction moratorium that has protected people facing financial hardship due to the pandemic is set to expire at the end of July. In August, evictions on hold due to the pandemic will resume. The money pays landlords who are also able to apply for the relief funding.

To apply for the rental and utility assistance, visit https://birminghamal.gov/covidrent. 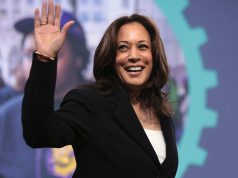 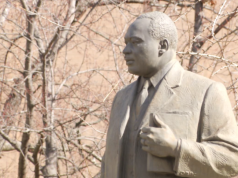