The corner of 25th Street North and 3rd Avenue in Birmingham’s Central City community looks a mess. Mud blankets blocks of concrete in a pit beside the gutted facilities of what once was a woodworking space. Jimmy Truong doesn’t see it that way, though. That cauldron of construction detritus is a new patio to Truong.

“We’re going to have a roll-up garage door that leads out to our 1,000-square-foot patio, which I think will be beautiful during the fall,” he said, adding that the construction crews are just leveling up the pit.

The interior of the space has nothing more than cement flooring and wall framing, but Truong views the high ceilings and natural light.

Truong sees the banquette seating: “Expect minimal, beautiful furniture but comfy. I want people to sit down for an hour without [their] butt hurting,” he said.

June Roasters, a small coffee-roasting company owned by Truong, is opening its first café downtown this fall. The storefront is a result of hard work, said the 26-year-old.

“The process for me has been pretty long and grueling, especially since I started the company on my dime, out of my own pocket, took out zero loans, and paid everything off,” Truong said. “Now, with the store, we already have a bit of a following, and that’s awesome.”

Truong was born to two Vietnamese immigrants living in New Mexico. When he was 4 years old, his family relocated to Clay, Alabama. His parents run two nail salons: one in Trussville and one in Center Point.

After graduating from Clay-Chalkville High School in 2013, Truong studied art history at Jefferson State Community College, but he had a change of heart after working some jobs on the side and chose to leave the school.

“After working in coffee and … the restaurant industry, I fell in love with the hospitality world. I dropped out of college to pursue a career in small business, specifically in restaurants and hospitality, beginning with what I know best—coffee,” said Truong, who worked at what used to be Octane Coffee in Homewood, Alabama, and learned a lot about both the drink-making side and the back-end processes of coffee roasting and business.

Still, Truong wanted to see what it was like on the other side of the country, so he left for Portland, Oregon.

“I wanted to get out of Birmingham to see what else was out there,” he said. “I was super-young at the time, [19], and I still am, but I wanted to see what world on the West Coast had to offer. I was still working in coffee over there.”

While in Portland, Truong worked with what was then a very small coffee company called Good Coffee, where he learned from the two brothers who owned the company. They were very hands-on, and that inspired Truong.

“At that point, after working with them and moving back to [Alabama], I realized that I wanted to start a business like that in Birmingham. I felt like there was something lacking in Birmingham, and I wanted to fill that hole,” he said.

After deciding to start his own business, Epilogue Roasters, Truong needed money, and that led him to working—a lot.

“The running joke in my friend group is, ‘Jimmy always bails to go work eight jobs.’ It took about two years of building up a savings account. … I still had a ton of personal bills I needed to pay about two years before Epilogue was finally up and running, before [I] made that first transaction, that first sale,” he said.

Because Truong had set up his roasting operation before he had a storefront or a café, he established partnerships with several local businesses to get his name and his product out. The foundation of most of those relationships is Truong’s experience in restaurants around the city.

In addition to selling his coffee at GENERAL, a boutique store and lunch spot in Forest Park, Truong has served his own coffee at various restaurants and bars, such as Automatic Seafood and Oysters and Queen’s Park. Truong has even supplied beans for other coffee shops like the late Woodlawn Cycle Café.

Even now, Truong runs the roasting operation—a humble machine with a capacity of three kilograms—by himself in Trussville and works full time at Automatic, all while awaiting construction of the café. Truong said he doesn’t mind the hard work.

“I don’t think I’d change a thing. I love working, and I come from a family of extremely hard workers,” Truong said. “Both of my parents are extremely hard workers, and they literally didn’t want me to be a small-business owner because of how much work it [entails]. … When I told them I wanted to be a small-business owner, they were less than stoked about it because they know I’ll be working every single day for a long time.”

“I wanted to be an art teacher at first, but I guess small-business kind of runs in the blood,” he added.

Truong chose the name June because it is more approachable than Epilogue. When the June Roasters café is open, Truong said he wants customers to come first. “Hence the name, June, because it’s the first month of summer. Unfortunately, we didn’t open in June,” he said. “I want people to come in and feel like they’re taken care of. Genuine hospitality is what I’m trying to offer, and beyond that perfectly crafted coffee or non-caffeine beverages.”

Other than serving customers, Truong said he’s excited for the day that the company is more than just himself: “I don’t want people to think of my face when they think of June Roasters. I would rather they think of the staff, anyone but me.”

Truong also would like to see more camaraderie among coffee enthusiasts in the city.

“I would love to look at a coffee shop down the street and not think of them as competition,” he said. “Obviously, they are competition, but I think competition should be fun and fair. We should be pushing each other to be better at what we do. The coffee community is small, but it’s there, and I want it to grow and become a little bit tighter in the future.”

The new June Roasters café is expected to open sometime this year, between October and November, at 213 25th Street North, on the corner of Third Avenue. For updates on June Roasters, check it out on Instagram @juneroasters. 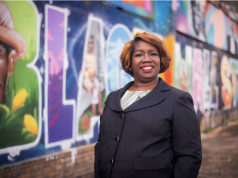 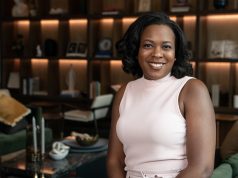 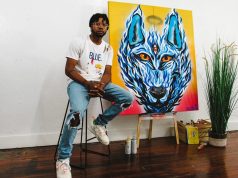