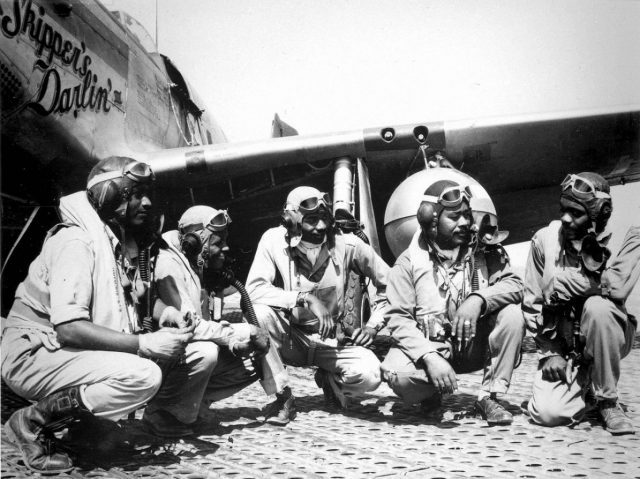 Montgomery, Alabama, is on the edge. On the edge of everything — past, present and future. The first capital of the Confederacy. The birthplace of the push for civil rights and racial equality. The heart of the South, and the dawn of what America can become in the next 200 years.

Mayor Steven Reed is here for all of it, as the city focuses on the future.

In passionately working to bring to life in this community — his community — the Boeing Red Tails Classic in honor and recognition of the Tuskegee Airmen, the first Black military aviators, Reed is banking on peeling back the curtain, however painful it might be, for much of America to see and understand a critical contribution to its history.

The Boeing Red Tails Classic — set to be played Sunday, Sept. 5 (7 pm ET, on ESPNU) — will feature two Historically Black Colleges and Universities: Fort Valley State and Tuskegee University, and will be played at historic Cramton Bowl in Montgomery.

For Reed — a native of Montgomery whose uncles and many family friends attended Tuskegee University when it was Tuskegee Institute — there’s promise in the game. Of course, there’s the rich history of the Red Tails and Montgomery’s place in America’s past intersecting the present and the future, and the game is being played some 40 miles from Tuskegee University, where the airmen made history while helping secure America’s future. 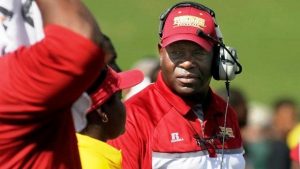 Reed hopes the impact of bringing the game to Montgomery resonates for and in the community for a long time, and for good reason.

“I think there is a large swath of America that doesn’t know the full story of African-American contributions in service and innovation, and in overall activism in our nation,” Reed explained.

“The hope is that by bringing the game to Montgomery, people will learn about the Equal Justice Initiative (a Montgomery-based nonprofit that provides legal representation to prisoners in need), and the National Memorial for Peace and Justice, and some of the painful parts of our nation’s history, but also can learn about some of the prideful moments of our history.”

Reed, 47, is Montgomery’s first Black mayor, and he is keen to keep his beloved city’s drive into the future wrapped in a willingness to fully recognize the past.

He recalls the Selma-to-Montgomery marches for voting rights in 1965, which ended at the steps of the state capitol, with Dr. Martin Luther King Jr. speaking to a group of some 25,000 marchers.

And the playing out of those historic events is in the lifeblood of Montgomery’s present, as Reed led his city through the difficult days after the May 2020 killing of George Floyd by Minneapolis police.

“The first challenge was to make sure that we kept the community calm while listening to their critiques about policing, not only in our city, but in our nation, and we tried to do more listening than we did talking. We were blessed to have a great relationship with our community leaders and activists, and our then-police chief, [who] helped us avoid any acts of violence and any acts of property damage in our city throughout those protests.”

Continued Reed: “Because of the history of nonviolent protests that Dr. King led generations ago, that is still in the soil here in Montgomery; You can get your point across without bodily harm, or destroying your community, and be heard. And so we gave them that opportunity, and I’m glad we did. We learned a lot from it.”

These pulse points of history were also major drivers of Reed’s desire to bring this HBCU game and celebration of Black history to his city as the mayor also underscored the relevance of America now looking ahead to another bicentennial.

“If I had to write a book the title would be, ‘The Best of America and the Worst of America,’” Reed explained.

“The Best of America in that we are the birthplace of the civil rights movement and all that our society should be. The Worst of America in that we were the first capital of the Confederacy and a group of states that believed that Black people did not have rights that white men should abide by, and that they were property, they weren’t human beings, and that institutional slavery was more important to them than was the unification of our country.

“Since my election [in 2019], we are looking toward another bicentennial and what Montgomery will be over the next 200 years, and we’re trying to lay that foundation of a community as forward-focused, diverse and inclusive, and one that believes in full potential — not only in our community, but in our state, in this nation — and we believe that, because of those people who sacrificed so much, we have a legacy to live up to. And that means in terms of how we grow the city, how we imagine the city and how we invest in opportunities for all our residents who live here.”

Drawing on the theme of inclusion that is interwoven in the legend of the Red Tails, Reed feels strongly that such a value strengthens every last American, and emboldens the talent pool from which America draws its perseverance — across businesses, organizations and government.

The resulting improvement in product and the improved return on investment when inclusion is realized are unmistakable.

“Parts of Alabama have been left behind in the economic growth of our nation,” the mayor said matter-of-factly. “Many of our HBCUs have not been full participants in the progress that higher education institutions have benefited from. And I think that with the game being held here, there’s a picture that we can draw of how the success of African Americans in this country over the years and decades still continues, but not without partnership, not without healthy investment — and that includes the cities, and includes our neighborhoods and communities. And that includes our HBCUs.”

The Tuskegee Airmen of the 332nd Expeditionary Operations Group, nicknamed “the Red Tails” after the identifying color on the tails of their P-51 Mustangs, are perhaps an example of the highest order when it comes to inclusion – and the critical, painful misstep of benefitting from the reliability of those the majority treats as less than equal.

That led to the “Tuskegee Experiment” — so named because, at the time, America’s military had a noted lack of faith in African Americans being capable airmen.

Units of white airmen did not want to fly with Black airmen, but the lack of inclusion did not deter the Tuskegee Airmen. The segregated group, charged with keeping enemy aircraft from destroying U.S. bombers on their missions, showed such unwavering control – and success – that their efforts caused enemy fighters to hesitate and turn back from potential attacks on U.S. bombers escorted by them.

The Red Tails, who fought to be counted among the U.S. armed forces, realized a tremendous accomplishment for the greater good — but they suffered no fools. Discrimination was ever present, and they recognized it in the face of their unrivaled support of their country during the war.

“The reason we need to continue to tell the story is because so many people don’t know the story and fully don’t appreciate what those men were up against, and what their success ultimately meant,” Reed said. “Not only for our victory during the war, but what it meant for our armed forces and what it meant for our nation at large. That is why we have to continue to tell that story: So that people understand the contributions that men and their families made to serve this country when this country would not fully recognize them as full citizens and when many in this country rejected their patriotism for a country that they were trying to make better.”

Reed hopes the Boeing Red Tails Classic football game will serve “as a backdrop to an encyclopedia of things that have made America what it is today that happened right here in Montgomery.” Additionally, he notes, Montgomery boasts initiatives now that shape what America will become, and what his community hopes to be.

“Our city is going at a fast pace into the knowledge-based economy,” he said, “and we’re trying to transition from a service and manufacturing based economy to one that is more focused on entrepreneurship, small businesses and the explosion, really, of the gig economy.

“I think that our proximity to Tuskegee University and Auburn University, along with the four major colleges that we have in our city, provides us a template to utilize the young talent in the Gen Z generation to really anchor our growth, and we plan to do that around tourism which is focused on the civil rights movement, and, again, the history of our city, state and nation, and by really bringing to light the trajectory of racial equality and civil rights in this country — it is captured here.

“Montgomery serves as a perfect backdrop because we love football, but we know our history, we want to share that history. And we also want to talk about what the future holds and how corporations, foundations and individual organizations can be a part of that.”

And just who will Reed — a proud graduate of Morehouse College, where he played football — be pulling for, come Sept. 5?

“It’s special, you know — to have [the game] take place right here in Montgomery I think shows how we value HBCUs,” Reed explained, giving context to his response. “We’re glad to be able to bring attention to the team I’m rooting for, and that is Tuskegee University – because of the contribution the Tuskegee alumni have made throughout this country for centuries.

“And it’s important, I think, at a time when HBCUs are getting more recognition than they have in quite some time — for us to be the backdrop for that is important because what Montgomery’s place has been in being on the map because of a 26-year-old preacher from an HBCU called Morehouse College, and what he did in 1955.”

In his own way, Reed is adding to that legacy.

Longtime journalist and writer Jenny Zimmerman was a contributing editor on Twenty20 in BlackTwenty20 in Black, a powerful visual time capsule of the year 2020 that was published by the NAACP/The Crisis Publishing Company.