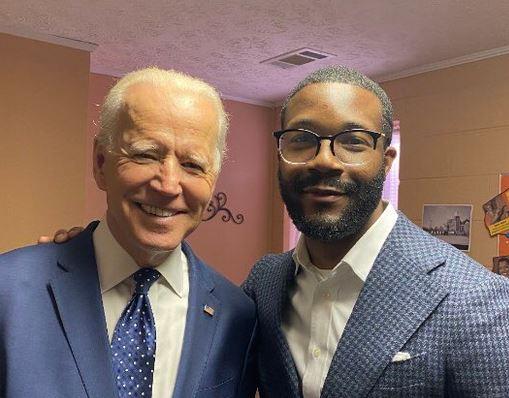 President Joe Biden on Thursday announced his endorsement of Mayor Randall Woodfin for reelection as mayor of Birmingham in the Aug. 24 municipal elections.

In Biden’s announcement, he said Woodfin’s leadership and vision were critically important to helping cities build back better from COVID-19 and upgrade the nation’s infrastructure.

“Mayor Woodfin is one of the great young leaders of our country,” Biden said in a statement. “From protecting the health and safety of the people of Birmingham to saving and creating jobs, to providing tuition-free higher education and fighting for voting rights, he sets the bar for making sure government works for the people. I am proud to support a mayor who continues a proud civil rights legacy and who will help us build back better and stronger than ever.”

Woodfin applauded Biden’s leadership and said that the President’s legislative agenda is in line with what Woodfin wants for the city of Birmingham.

“President Biden is leading our country with the grace, courage and vision needed to heal the soul of our nation and help us build back better after COVID-19,” Woodfin said. “Among other legislative accomplishments, his Bipartisan Infrastructure Deal, American Family Plan, American Rescue Plan, will all provide invaluable support to help Birmingham rebuild and realize my vision of a fairer, more equitable and inclusive city where everyone can work, live and thrive. I am honored to have his support and look forward to continuing to work with him to implement policies and legislation that continue the fight to make progress together.”

Throughout this cycle, the Woodfin campaign has raised over $1.7 million from over 5,700 contributions.