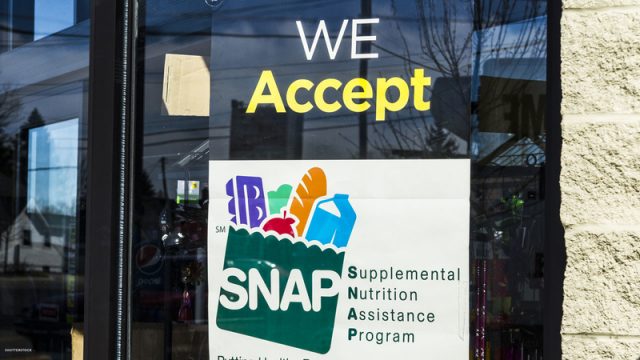 The U.S. Department of Agriculture last week released a reevaluation of the Thrifty Food Plan, which is used to calculate SNAP benefits, based on changes to nutritional guidance, food prices and what Americans eat.

Its new calculations mean that the average SNAP benefit will increase by $36.24 per person, per month, beginning Oct. 1. The impact will be felt by many, as the Agriculture Department says the program helps feed more than 42 million Americans (or 1 in 8) each month.

The revision will bring $343 million more into Alabama through SNAP benefits, according to the USDA. The change was welcomed by food advocates in the Birmingham metro area.

“The increase is going to help thousands of folks in Alabama who have been hit hardest by the pandemic,” said Laura Lester, Executive Director for the Alabama Food Bank Association (AFBA), “. . . it’s going to help relieve the incredible strain that’s been put on our network of partner agencies, as they try to keep up and help feed hungry people in their communities.”

Lester added that the reevaluation of SNAP also brings the program up to date.

“For the first time in 45 years, USDA has increased the SNAP benefit to more accurately reflect current costs and the realities of folks,” she said.

SNAP and school meals programs are two of the most important ways to address food insecurity and “anything policymakers can do to strengthen these and expand those programs, particularly SNAP, [they should], Lester said.

Brett Meredith, executive director of the Community Food Bank of Central Alabama (CFBCA), which is a local chapter of the Alabama Food Bank Association, said the increase “is a big deal because a lot of families…have to decide between rent, or utilities, or food or a lot of other things . . . And, this just helps with food quite a bit.”

While this increase in SNAP benefits is good, Meredith said in terms of fixing the area’s food insecurity, “It will help. It’ll lighten the load, maybe a little bit.”

Still there is more to be done.

About 20 percent of people who “struggle to make ends meet” in the CFBCA’s area are not eligible for benefits, said Meredith and those people could make use of the 255 partner agencies of CFBCA, such as local churches.

“We’re sending billions of pounds of food out every month to our agency network, and they’re serving on an individual basis,” he said. “There’s a lot of folks needing help and haven’t ever had to come for help before.”

Carol Gundlach, a policy analyst for Alabama Arise, a statewide nonprofit which pushes for public policy to improve the lives of people who are in poverty, said SNAP, next to the Earned Income Tax Credit (EITC), “the single biggest program that lifts people and children out of poverty.”

The SNAP program provides benefits for more than just the families who are helped, she said.

In May of this year, about 750,000 individuals received SNAP benefits, which amounts to about 15 percent of the state’s population which makes it “an economic driver in our communities,” Gundlach said.

“For those of us who aren’t on SNAP, but who like to eat, we need to be grateful to SNAP for keeping grocery stores that we depend on in business,” she said. “Particularly in some of our lower income communities, there would not be grocery stores if it were not for SNAP. It’s a source of employment for people who work in the industry, and it makes a really big difference to the entire state and to all of our communities.”