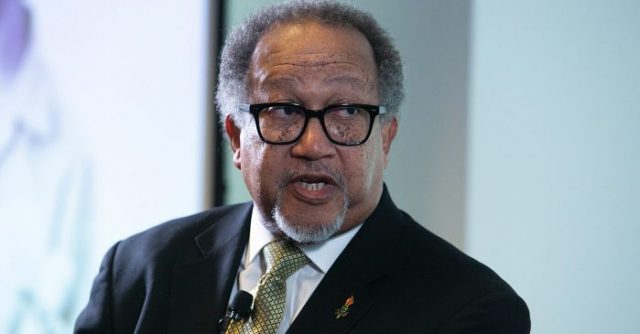 I congratulate New York City Democratic mayoral nominee, Eric Adams. He will be a strong new mayor of our nation’s largest and most diverse city. Adams has promised to address homelessness in the city, a problem that has grown increasingly desperate as the COVID-19 pandemic continues to cripple the economy and drive record numbers of individuals into bleak and unwelcoming shelters.

In May 2021, almost 52,000 New Yorkers – including 15,930 children – were sleeping in shelters, the highest rate of homelessness the city has experienced since the Great Depression. Worse still, homeless families are often forced to live in deplorable conditions, including shelters with mold and mildew, mouse and roach droppings, poor heating, bed bugs, asbestos, and broken bathrooms.

This is not what Mayor Bill de Blasio had in mind when he brought new leadership into the city’s Department of Homeless Services (DHS) in 2016 after ordering a comprehensive review of the homeless policies and of conditions at city shelters. As part of that overhaul, the mayor appointed Steven Banks to lead the Department of Homeless Services (DHS).

Banks, a veteran Legal Aid attorney who de Blasio had tapped in 2014 to be commissioner of the city’s Human Resources Administration, was widely praised at the time as the right person to champion the city’s most vulnerable citizens.

Now, Adams – who is all-but-guaranteed to be our next mayor – says that he is considering keeping Banks in his new administration to implement his bold vision for homeless services, including new facilities for those struggling with mental health challenges.

But that, in my opinion, would be a mistake. While Adams lauded Banks for his “fresh ideas” during a recent interview, Adams might want to take another look at the city’s distressing experience managing its homeless population in recent years before reappointing Banks. After a litany of poor management decisions made during the pandemic, when New York’s most vulnerable could least afford bureaucratic mistakes, it has become painfully obvious that it is time for new leadership at the city’s Department of Homeless Services.

In particular, African Americans, Latinx Americans and other people of color are disproportionately, devastatingly impacted by COVID-19 and are also disproportionately entrapped with homelessness across America. The New York City homeless rates are at the tipping point of this growing national problem.

Consider how the city dealt with homeless people living in street “encampments” during the pandemic. The Centers of Disease Control and Prevention (CDC) warned localities not to clear homeless encampments if emergency shelter is unavailable, arguing that dispersing the homeless people “increases the potential for infectious disease spread” and interrupts any connections they have with local service providers. But during the pandemic, the city nearly doubled the number of encampments and other places that homeless people used to sleep, according to published reports.

The bungling does not end there. The city was also behind plans to house homeless individuals in hotels during the pandemic only to boot them back on the street amid the rise of the highly contagious Delta variant. And the city’s policies have allowed our subway system to become inundated with homeless people looking for safe, warm places to sleep.

The pandemic may have exacerbated these issues, but it certainly did not start them. A report last year from city Comptroller Scott Stringer’s office clearly laid out the poor conditions that have been allowed to take hold in the city’s shelters in recent years.

Of the 91 individual units at shelters examined by inspectors, 92 percent had at least one violation and over a third, 32 units, had four or more violations. Overall, auditors found 264 deficiencies, including missing or broken window guards; ramshackle cribs; babies living in shelters with vermin infestations; exposed electrical outlets, and mold and mildew growth.

No one person, of course, should be held entirely responsible for the failures of a system as vast as New York City’s Department of Homeless Services. But the buck ultimately stops with the person at the top, and in this case it’s Banks. Even The New York Times, after praising Banks in 2015, wrote a critical piece just a year later lambasting the DHS chief for the rising homeless rate and his flip-flopping on housing the homeless in hotels.

There are ways to solve the homeless crisis in New York – getting people into high-quality transitional housing run by culturally attuned and sensitive organizations, making sure shelter staff and outreach workers have the proper tools and training, and improving access to mental health care and drug and alcohol recovery programs, to name just a few. But these are long-term solutions.

For now, the best thing the incoming Adams’ administration can do to remedy the city’s protracted homeless crisis is to pick fresh new leadership for the Department of Homeless Services. It’s long overdue. In fact, New York City efforts to fix and prevent homelessness should serve as a national model for all American cities.

Dr. Benjamin F. Chavis, Jr. is President and CEO of the National Newspaper Publishers Association (NNPA), and Executive Producer and host of The Chavis Chronicles weekly show on PBS television stations throughout the United States. He can be reached at dr.bchavis@nnpa.org