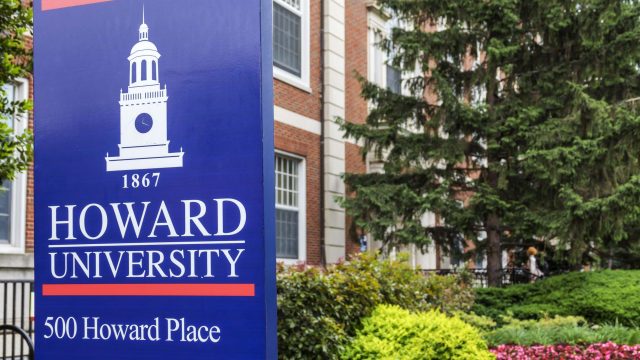 WASHINGTON – Howard University, one of the nation’s largest and most prestigious historically black universities and the alma mater of Vice President Kamala Harris, was shut down Tuesday due to a ransomware attack.

On Monday, the university said, the computer and technology interruption were a ransomware attack.  Consequently, all in-person and online classes were cancelled Tuesday, Howard’s Office of University Communications said.

“ETS and its partners have been working diligently to fully address this incident and restore operations as quickly as possible,” the Office of University Communications said in an email Monday.

The university will reopen Wednesday, but only in-person.  Howard University’s wi-fi, however, will still be unavailable.

Ingrid Sturgis, chair of the Department of Media, Journalism and Film in Howard’s Cathy Hughes School of Communications, said the ransomware attack “has been very disruptive.”

“Over the weekend, I had some faculty members emailing me about what they should do, because their students could not turn in their work, because they did not have access to blackboard and other tools they usually use for class,” Sturgis said.

She said she’s been through several malfunctions at the university, but this one is different.

“It’s kind of scary to me knowing how many student and faculty records there are, and these kinds of attacks are happening more and more frequently,” she said.  “In a way, we are fortunate the university has beefed up its ability to detect these kinds of things.

Jennifer C. Thomas, an associate professor and journalism sequence coordinator in the Department. of Media, Journalism and Film, said working through the shutdown is example for one of the lesson she teachers the students on overcoming the problems face as they pursue a story.

“The thing I have said in the past when we have had issues on campus with the system being down is we are in the journalism sequence,” Thomas said. “As journalists, we know that a deadline doesn’t care if the internet is down. We have to be resourceful, so we can complete the current task at hand under that certain deadline.”