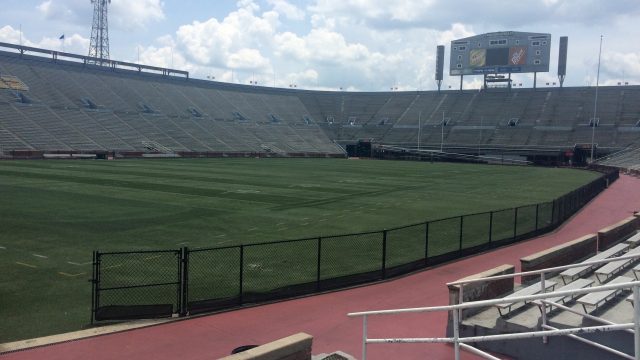 In Huntsville at 2 p.m., Alabama A&M will entertain Jackson State in a Southwestern Athletic Conference (SWAC) showdown. The focus will be on the quarterbacks. Jackson State is led by freshman signal caller Shedeur Sanders who has connected on 101 of 141 passes for 1,093 yards with seven TDs and just one interception. Sanders is the son of Jackson State head coach Deion Sanders.

The 6-2, 215-pounder, is the second leading passer in the SWAC behind Alabama A&M field general Aqeel Glass who leads the conference with 1,511 yards which include 14 TDs and six interceptions. Four of those interceptions came in the loss to Grambling State. Despite the four picks, Glass, a 6-5, 215-pound graduate, threw for an NCAA Division I Era program record 446 yards on 36 of 62 passing with four TDs.

In Fairfield at 4 p.m., Miles College (1-1 Southern Intercollegiate Athletic Conference, 2-3 overall) will host Benedict and is looking to bounce back after a 31-3 drubbing at the hands of Albany State. This is the last of three consecutive home games for the Golden Bears. Benedict (0-3 SIAC, 2-3 overall) has lost its last three games.

In Birmingham at 7 p.m., the 85th annual Morehouse-Tuskegee Classic will be played on Saturday at Legion Field. Tuskegee University (1-0, SIAC, 2-3 overall) comes into this matchup with some momentum from its 23-6 victory over Edward Waters. Morehouse (0-1 SIAC, 0-5 overall) has really struggled this season. The Maroon Wave are still looking for their first win.