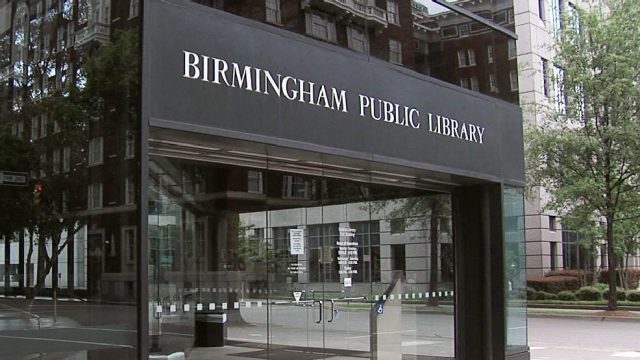 A West End resident called for the resignations of the Birmingham Public Library’s Board of Trustees at Tuesday’s City Council meeting as a result of a recommendation by the board president to close four library locations.

Maralyn Mosley, a longtime activist and resident of West End, told the Council that the BPL board of trustees needs to go, “sooner than later.”

On Friday, Eunice J. Rogers, President of the BPL Board of Trustees, sent out a letter to BPL staff recommending the closure of four library branches—East Ensley, Ensley, North Avondale and Titusville. The letter states that BPL is working to support “Mayor Woodfin’s vision of decreasing the number of [BPL] physical locations.”

However, in a statement released Monday, the mayor said he was caught off guard and that BPL president should “have an honest conversation with the public and open communications with the council and me rather than . . . playing games.”

Beginning with Tuesday’s Council meeting and during a BPL board meeting later in the day residents sounded off on the planned closures.

Libraries are part of what makes neighborhoods attractive to new residents and closing the Titusville location would inconvenience residents in that community and create larger problems for the city, Mosley said.

In her letter Friday, Rogers wrote that the recommended closings were set to be discussed at the board’s regular meeting Tuesday, but the decision was postponed following a response from Woodfin, who said he had not spoken with anyone on the library board.

“Such unilateral action by the library board president jeopardizes confidence in the board tasked with overseeing our libraries…,” Woodfin said in a statement.

In response to Woodfin, Rogers said that the decision was postponed until the board conducts more research and meets with the mayor, City Council and neighborhood officers.

At Tuesday’s BPL regular board meeting, 16 people including Keith O. Williams, vice president of the North Titusville Neighborhood Association, said closing his neighborhood library would take away a “safe haven” for residents.

“You’re taking away knowledge. You’re taking away resources that people need that are not accessible to their local area,” he said, “and with me going there every day, I can tell you for a fact that the library has been truly a vital resource.”

“In my opinion, we should be putting libraries on every street . . . books saved my life,” McClure said. “I was a homeless single mom… I’m begging you to please do not close the libraries. I’m sure there are other options.”

Lynn Flowers-Martin, a member of BPL’s board, said she saw firsthand how children use the North Avondale branch.

“As an educator, I would always say that we need every library… when those children were out of school, they came directly to that library and used the computers and worked,” Flowers-Martin said. “And I really think that they do need those libraries in the community, and I really do support them.”

Rogers seemed to walk back her recommended closures on late Tuesday. Moving forward, the board will take a “deep dive” into the potential closures, talking to city leaders before coming up with a decision, she said at the conclusion of the board meeting.

“Our goal is to keep BPL as meaningful an entity to the citizens of Birmingham because that is our goal,” Rogers said. “It is to provide the highest quality experience for our community for lifelong learning, cultural enrichment and enjoyment, and we take that mission very seriously.”