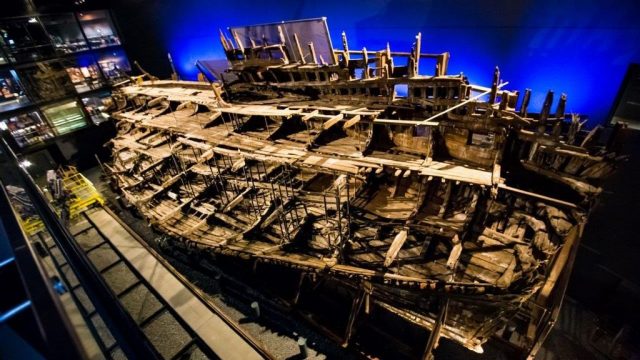 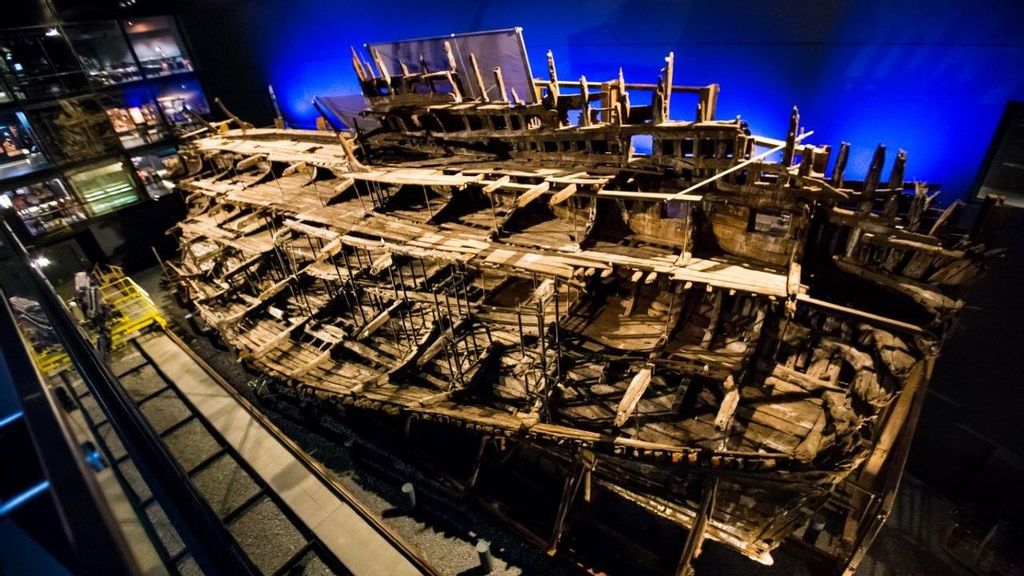 The Mary Rose, a 16th century warship preserved in the United Kingdom, has been under attack from an invisible entity. Now, a team of researchers using a new X-ray scanning technique has identified the culprit.

The Mary Rose, a carrack-type vessel, was part of English monarch Henry VIII’s fleet, which battled Breton, French and Scottish warships. It sank in 1545 off the Isle of Wight in the English Channel. It was discovered in 1971 and brought to the surface 10 years later, having since become a national treasure as a time capsule of the Tudor period.

About one-third of the ship was still extant when it was raised to the surface. On the sea bottom, the anaerobic — meaning without oxygen — conditions slowed decomposition even while bacterial growth continued. But at the Mary Rose Museum in Portsmouth on the southern coast of England, bacteria, chemicals and time have ravaged the wreck, endangering the legacy.

Kirsten Marie Ørnsbjerg Jensen of the University of Copenhagen in Denmark is leading conservation efforts with the help of an international team and their findings are published in the journal Matter.

“We have analyzed timber from the Mary Rose by way of a new technique that is somewhat comparable to how a hospital’s CT [computer tomography] scanner works,” Jensen said. The technique combines CT scanning with X-ray scattering.

“It lets us analyze the structure of materials at an atomic level, which makes it possible to find and map substances within the ship’s wood,” she said. The technique provides insights into the wood’s decay and how to preserve it.

Launched in 1511, the Mary Rose was one of England’s largest warships, providing 33 years of service to Henry VIII during his sporadic wars. It featured heavy cannons made of bronze or iron, and its hull and rigging were fashioned from some 600 English oaks, enough to fill a 40-acre forest. All 500 crew members drowned when it sank in battle in 1545.

Raising the Mary Rose in 1981 remains the most expensive marine salvage operation in history. It was televised globally to 60 million viewers. Along with the hull, 19,000 artifacts from the Tudor period were recovered from the sea bottom.

However, after centuries of exposure to seawater, the hull is degrading. Deposits left on the ship by metal parts and bacteria have triggered the production of acid, which is corroding the ship’s timbers, despite the polyethylene glycol used in the 1980s to preserve them.

The research team found 5-nanometer zinc sulfide nanoparticles in the wood, presumed to be bacterial deposits created in the anaerobic conditions on the seabed. “These are identified as precursors to acid attack on the wood upon removal to an aerobic environment,” according to the paper.

The new X-ray technique allowed researchers to identify the substances attacking the wood following its exposure to oxygen upon resurfacing. “To find a way to stop these decomposition processes, it is important to know what the sulfides are composed of and where they are. This technique allows us to do just that,” said Jensen.

“These insights inform not only next-generation conservation strategies but also the efficacy and unforeseen issues of previous treatments,” the researchers said in the paper.

The post Shrivel Me Timbers: Henry VIII’s Salvaged Flagship Being Eaten Up By Acid appeared first on Zenger News. 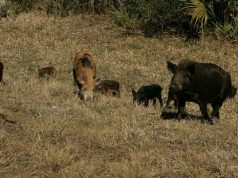 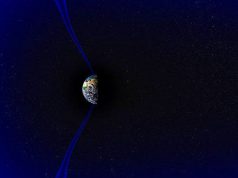 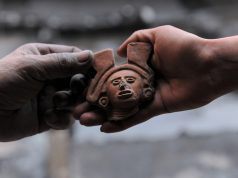