After Big Mama and Big Daddy clear the table of fried turkey, mac ’n’ cheese, collards, potato salad and more — and after the last football game ends — it’s time to head to the movies with a slice of pie. But instead of vegging out to watch marathons of delicious reality shows (you know you’ll do that on another day this holiday season!), fire up the On Demand, your fave streaming service and check out every one of these holiday favorites.

Not one of my favorite Queen Latifah film moments, but when this bad boy comes on cable, it’s hard to change the channel. The Queen is a sweet store assistant named Georgia who thinks she’s dying — so she cashes it all in to take a super grand vacation before she kicks the bucket. She may not be dying, though! And it turns out her super secret crush (played by LL Cool J) likes her back! #BlackLove 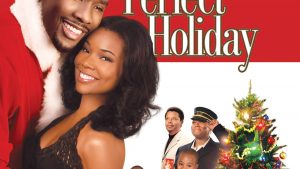 Some of your faves star in this little-seen (but it’s not too late!) holiday flick. Gabrielle Union, Morris Chestnut, Charlie Murphy and Terrence Howard all appear in this romantic comedy — and it’s narrated by Queen Latifah. Chestnut is an aspiring songwriter, and Union is a divorced woman with three kids and is in desperate need of a good word from a good man. In the end, will everything be beautiful? Surely. And what more could you want on Christmas?! 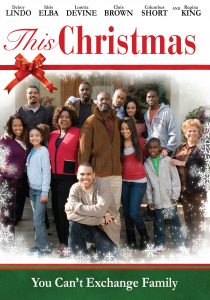 The official holiday track for black households everywhere is Donny Hathaway’s most excellent 1970 “This Christmas,” so it’s fitting that we get a holiday film about all of the obstacles that a typical family has to overcome. Also: The cast in this one is STACKED. Delroy Lindo, Idris Elba, Loretta Devine, singer Chris Brown, Columbus Short, Regina King, Sharon Leal, Lauren London and Mekhi Phifer all have roles. 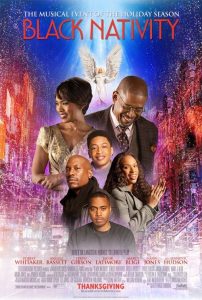 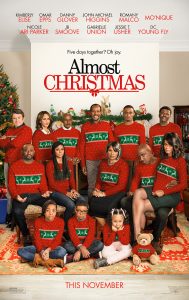 Storyteller David E. Talbert gives us a story centered on a patriarch (Danny Glover) who is mourning the recent death of his wife and trying to keep the rest of his family together. Another star-studded cast helps bring this family holiday tale to life: Gabrielle Union, Kimberly Elise, Oscar winner Mo’Nique, Nicole Ari Parker, Keri Hilson, Jessie Usher, Omar Epps and Romany Malco. 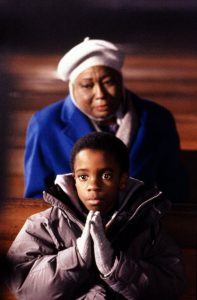 This is Sammy Davis Jr.’s last screen performance — and he only appears briefly. But this is a sweet, poignant story about young Reggie (Trent Cameron), an orphan who is juuuuuuust about to be adopted by a jazz musician (Michael Warren) and his wife (Vanessa Williams). Tragically, right as the adoption is almost done, Williams dies in a car accident and a social worker (Esther Rolle) doesn’t approve of the adoption. Grab your Kleenex. 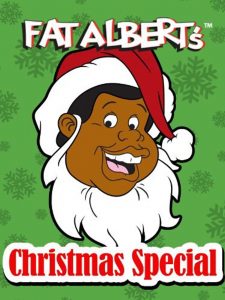 All the ’70s kids, and those younger ones with cool parents, grew up watching this animated series that was created by He Who Shall Not Be Named. This was a half-hour, animated prime-time TV special that saw the kids staging a production of a Nativity pageant in their junkyard clubhouse. 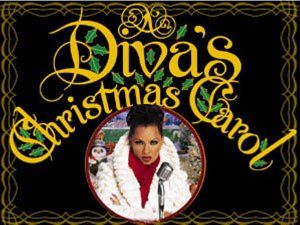 VH1 isn’t only good for a soapy reality TV series; it’s also gifted us with a remake of the Dickens classic starring an ego-driven singer portrayed by Vanessa Williams (as Ebony Scrooge!) who needs the type of check you cannot cash at the bank. TLC’s Chili also appears. 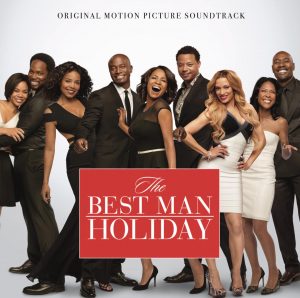 if you don’t break down in tears toward the end of this film, you are not human. And you have no soul. Morris Chestnut’s Lance Sullivan is on the precipice of retiring from the NFL while also battling grief due to his severely ill wife, Mia (Monica Calhoun). The reunion of college friends — Harper (Taye Diggs), Robyn (Sanaa Lathan), Jordan (Nia Long), Chestnut, Calhoun, Julian (Harold Perrineau), Candace (Regina Hall), Quentin (Terrence Howard) and Shelby (Melissa De Sousa) — assembles some of the most gifted young working black actors out there. And the “Can You Stand the Rain” scene is forever. 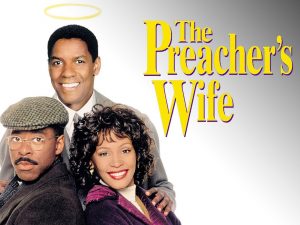 Denzel Washington is an angel in this beautiful family comedy directed by Penny Marshall. It’s a remake of 1947’s Bishop’s Wife — and this time it’s set in a poor New York City neighborhood. A Baptist preacher (Courtney B. Vance) is trying to get his parish out of financial trouble. Whitney Houston and that voice shine in this story, which earned her and Loretta Devine NAACP Image Awards. 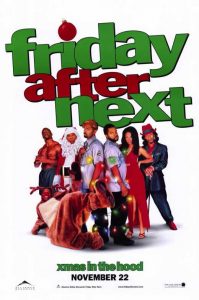 Damn you, Ice Cube! For making us wait all these years for another Friday movie. In the interim, we have this gem, which gives us more cousin Day Day comedy from Mike Epps. This Friday, Santa Claus is the neighborhood’s biggest bully — Rickey Smiley — as he robs Craig (Cube) and Day Day on Christmas Eve, getting away with presents and the rent money. The film feels like what most of our holidays are like: trifling relatives, lots of love and laughter and, if we’re lucky, a pink limousine to save the day. Much foolishness ensues, especially from Katt Williams, who is ridiculous as Money Mike.

Kelley L. Carter is a senior entertainment writer at The Undefeated. She can act out every episode of the U.S version of “The Office,” she can and will sing the Michigan State University fight song on command and she is very much immune to Hollywood hotness.