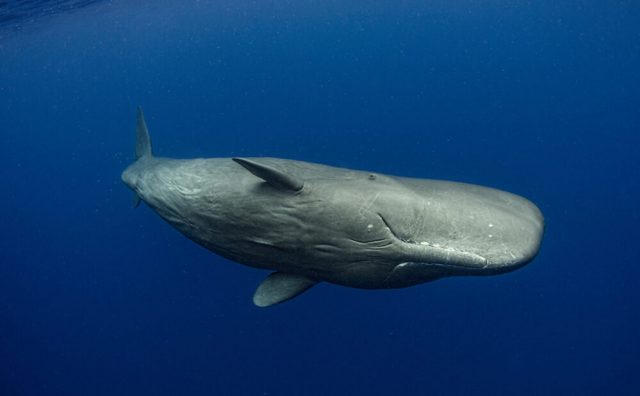 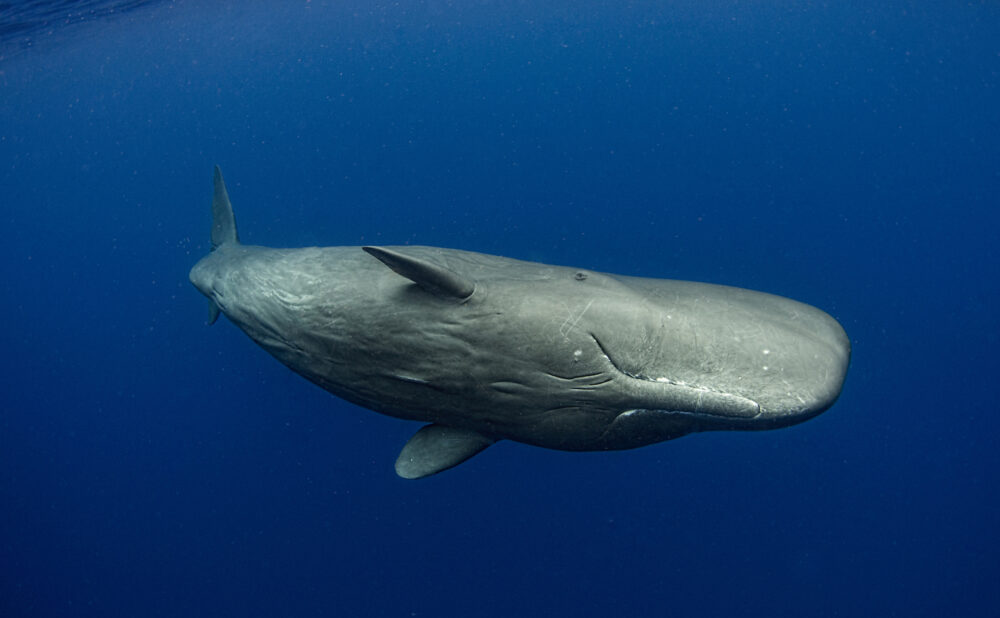 Another difficult year of COVID is coming to a close, leaving most everyone exhausted by the twists and turns of this pandemic. But there are plenty of other things that not only warrant attention, but in fact deserve a shout-out.

Here are some key reasons to be cheerful  as we move into a new year:

Scientists are learning to talk to whales

We may finally be about to learn what Sperm whales think and talk about, an opening of communication to the natural world that could transform the way we coexist with the creatures of our planet.

This year, marine scientists from Israel, the United States, the United Kingdom and more, launched an ambitious five-year Cetacean Translation Initiative in the Caribbean to decipher how Sperm whales communicate and whether their speech patterns can be replicated so humans can communicate with them.

The Sperm whale, a vulnerable species, has the largest brain on Earth, more than five times heavier than a human’s. Like humans, it has a complex communication system and lives in tightly knit family groups.

Sniffing plants is good for your health

New research shows that sniffing or interacting with plants can increase your well-being. And who wouldn’t want to increase their well-being after the last two years?

In a study published in Conservation Biology, researchers from the Technion-Israel Institute of Technology in Haifa showed that closeness to nature — touching or smelling plants and flowers — improves well-being more than just strolling through a forest or looking at a green landscape.

A new species of bee has been discovered

Bee populations have been declining all over the world and crop pollination is in danger as a result. But a new bee has been discovered that is unique to the sand dunes of Israel’s coastal plains.

The world just got a little safer for women

As a woman, walking alone at night, or even sometimes during the day, is not just frightening at times, it can also be dangerous.

To counter this, Neta Schreiber created the app SafeUP that allows women to log on and be virtually or physically accompanied to their desired location by a trained volunteer.

The app was launched around a year ago as a pilot project with the Tel Aviv municipality, and already has thousands of users in Israel, the U.S., the UK, Hungary and Poland.

Even in conflict there is hope

During the conflict between Israel and Gaza in May, violence broke out suddenly between Israel’s Arab and Jewish communities in certain areas of the country. It was shocking and for many people deeply unexpected. But among the violence came incredible stories of heroism — the Muslim Israeli who saved a Jewish man caught in a lynching, the Jew killed in rioting whose kidneys went to an Arab woman, the Arabs who tried to stop rioters from burning down Jewish businesses.

Organizations up and down the country came out strongly in favor of coexistence, from doctors and nurses to biotech leaders and high-tech leaders.

As the country finally calmed down, peace organizations stepped up their work, more determined than ever to make coexistence work.

And the businesses that had been burned and destroyed? The owners rebuilt, often with the help of local communities, and turned their devastating experience into something positive and good.

A match that just keeps getting better and better

In a Middle East full of conflict, one of the most heartening stories of the last year is the way Israel and the United Arab Emirates and Bahrain have embraced one another so wholeheartedly.

Since normalization in September 2020, the people of these three nations have rushed to fill the gap with visits, agreements, MOUs and cooperation in virtually every area you can think of.

There are also baseball tourneys between Israeli and Emirati kids, exchanges of organ transplants, and an Israeli baby born in a UAE hospital.

And to cap it all, there’s even a plan to fly together to the moon and back.

The world’s manure problem is being sorted

Trust the folks at Paulee CleanTec to come up with a solution for manure. It already had developed a device that could turn dog droppings into odorless powder at the press of a button.

Since then, the company has grown and pivoted, and has now developed a low-cost solution to convert animal manure into sterile, odorless organic fertilizer.

Globally, hundreds of millions of tons of dung are untreated or improperly treated and discharged into waterways or absorbed into soil, contaminating crops and drinking water.

Paulee CleanTec’s low-cost chemical process, now being tested at a kibbutz in Israel, converts the manure into organic potassium-rich fertilizer, free of pathogens and odor. The powdered fertilizer can be stored safely for the farm to use, sell or trade.

McDonald’s restaurants in Brazil are serving up orders on new trays manufactured with a composite thermoplastic material made by Israeli company UBQ Materials.

This is the first product to come out of a partnership between UBQ and Arcos Dorados Holdings, the largest independent McDonald’s franchise in the world with over 2,200 restaurants in Latin America and the Caribbean.

UBQ breaks down unsorted household waste into its basic natural components and creates a new thermoplastic material that can be made into things like bricks, shopping carts, pipes, trash cans and automotive parts.

Daily chores are getting easier

Picking up toys or socks, watering the plants, stripping bedsheets, serving food — Gary can do it all.

The robot, created by Unlimited Robotics, is the height of a 10-year-old, moves at 3.1 miles an hour, and goes into production in early 2022.

Two other devices designed to make life easier are a nail polish robot that paints and dries your nails in 10 minutes per hand, and a mini diaper-cleaning machine for those environmentally friendly, but not so pleasant to wash, reusable diapers.

Two developments this year have brought the end of animal testing much closer, while also potentially reducing the cost of drug development, and the time it takes to bring a drug to market.

Quris is rolling out the world’s first clinical-prediction AI platform to evaluate the safety and efficacy of new drugs. The platform can test thousands of novel drug candidates at once, on hundreds of miniaturized “patients-on-a-chip,” improving efficacy, cutting development costs, and of course leaving out those poor little mice.

A community banded together to help migrating birds

Millions of birds migrate across Eilat and the southern Arava desert twice a year because this strip of land in southern Israel is the only land-bridge connecting Eurasia and Africa.

It’s a long, perilous journey for the birds, but in Eilat the International Birding & Research Center has joined forces with local community members to help keep the flyway clear of hazards such as wind turbines, cable antennas, power lines and even glass façades that birds can crash into.

The community initiative, which encourages farmers to make migrating birds welcome on their farms and the local water company to keep the water reservoir safe for birds, was chosen as one of the 19 most outstanding projects, out of 258 candidates from 26 countries, at the UN Conference of the Parties (COP15).

Buildings might soon be able to create their own energy

Energy shortages are becoming increasingly common, not just in developing countries, but even in places like the United States and Israel. TurboGen may have a solution that will help buildings create their own energy with small, lightweight microturbines that can generate electricity, heat and cooling.

The first commercial installation is planned in Manhattan later in 2022.

Wounds in the body usually heal alone, but sometimes people suffer chronic injuries that never heal because the wounds form too gradually to set off the body’s immune response.

ActiGraft, invented in Israel, is a unique solution to this problem — a blood clot made from a vial of the patient’s blood mixed with a clotting agent. It can be applied to the wound to jump-start the natural healing process that failed to begin before.

It takes just 12 minutes for medical staff to create the blood clot. The product has FDA and CE clearance and is already sold in the US and 15 other countries, including Israel.

Also worth mentioning for wound care is Nanomedic, which has developed a spray-on skin for wound care. The flexible second skin is applied once, anywhere on the body, and no dressing changes are needed. When the skin underneath heals, the dressing peels away on its own.

Over the last two years it has become apparent how vulnerable the shipping industry is. COVID-19 with its labor shortages, port shutdowns, passenger flight cancellations and increased online purchasing, triggered a global supply-chain crisis. Then, the massive Ever Given container ship got stuck in the Suez Canal in March.

Israeli companies like Freightos, WaveBL, DockTech and Windward are working on solutions.

Freightos is building a global freight booking platform to connect all players, from importers to exporters of every size to airlines, ocean liners and trucking companies.

WaveBL has built a blockchain-backed digital shipping platform to provide an electronic alternative to printed documents, while DockTech enables real-time dynamic mapping of depth in canals and ports, to help avoid grounding accidents such as the one in the Suez Canal.

Windward uses AI to predict when a shipment will arrive, curing many headaches in the current system that can lead to missed connections.

Pig organs could be used in humans

There’s an acute shortage of human organs for transplant and demand is rising. In the U.S. alone, 100,000 people are waiting for lifesaving organs, and around 20 Americans die every day waiting for them.

The domestic pig is an excellent potential source of donor organs for humans – they are easily available, and their organs are close in size to human organs. The only problem: They get rejected by the human body.

Researchers at Rabin Medical Center’s Beilinson Hospital have spent the last four years honing a way to modify pig organs so that the human immune system won’t recognize them as foreign.

These hybrid organs would give an unlimited supply of organs that could be prepared and stored, and transplant surgeons could order them as needed, right off the shelf.

It will take another five years or so before clinical trials begin, but in the meantime this is certainly an extremely promising and futuristic step forward.

Farming has to get more efficient if we are going to feed a world that is growing in population but shrinking in arable land.

One of Time magazine’s best inventions of 2021 was Israeli ag-tech company, SupPlant, which uses sensors to monitor the temperature and moisture of crops, providing instructions to farmers to maximize yields in the face of a changing climate.

FieldIn, meanwhile, is aiming to digitize farming — from spraying pesticides to harvesting – in an effort to increase sustainability.

There’s also BetterSeeds, which aims to genetically change the architecture of many types of crops to make them easier for mechanized picking.

Food tech is going through a revolution

Alternative protein companies are developing, including InnovoPro, Hargol and SavorEat — which recently  launched its first plant-based burger to the world.

Leonardo DiCaprio invested in Aleph Farms and Ashton Kutcher invested in Meatech. Future Meat Technologies just announced a $347 million Series B round, marking the largest investment to date in the cultivated meat industry.

For a climate-threatened planet threatened by food shortages, sustainable solutions like these are likely to make a big difference.

The post Plenty Of Reasons To Be Cheerful At The End Of 2021 appeared first on Zenger News.