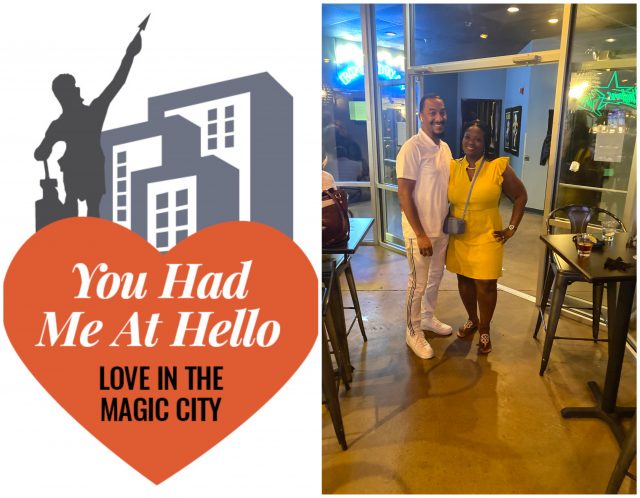 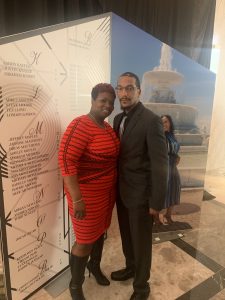 Met: June 2014, at a biker’s club in Detroit, Michigan. “I noticed DeAngelo because I was sitting outside on the patio with a broken leg and wasn’t able to get around good,” Twylit said. “And he was on his way across the street going to the gas station, and I asked him would he please get me a bottle of water. But when he got back to me, he wouldn’t take my money for the water, and I kept trying to force him to take it and he wouldn’t so we started arguing,” she laughed. “ . . . but later on that night he came back and we started talking and laughing about arguing earlier, and at the end of the night he gave me a ride home. We sat in front of my house and talked until the sun came up … he had to go straight to work from my house.”

“I already knew who Twylit was when she asked me to bring her back the water,” DeAngelo said. “I had seen her a month earlier before we officially met, and had asked around about her, and when I found out she didn’t have a boyfriend I decided I was going up there [to the bikers club] every weekend until I got her attention,” DeAngelo said. “The night she asked me for the water I went in that gas station and bought her the biggest most expensive bottle of water in the store,” he laughed.

First date: Two weeks later at the Olive Garden, in Detroit, Michigan. DeAngelo picked Twylit up for their date. “I still had a broken leg so I was still on a walker, and he was such a gentleman about everything. He helped me in and out of the truck, opened all the doors, helped me prop my leg up, he opened and closed up my walker for me, and he nicknamed my walker ‘Tink Tink’,” Twylit laughed. “We ordered drinks, we had a good time, and afterward we drove around downtown and parked and got out at Detroit RiverWalk and talked for a couple of hours.”

DeAngelo recalled changing his order at the last minute. “We both ordered Alfredo, and I really wanted to get shrimp Alfredo, but since she’s allergic to shellfish, I got chicken instead because I wanted a kiss at the end of the night,” he recalled.

The turn: By early July the two were a pair. “I was confident about her. There was no competition for either of us, all my family and friends knew what I was trying to do with her. I already knew about our age difference [DeAngelo was 35 and Twylit was 43 at the time], and that didn’t bother me one bit. We never had a conversation about her being my girlfriend, and me being her boyfriend, I just automatically did what I needed to do as her man…,” DeAngelo said.

On August 27, 2016, the pair moved to Birmingham. “From visiting my uncle every year since I was a teen, I always knew that I wanted to move down here [Birmingham], and once I met Twylit, I finally had who I wanted to make that move with.”

The proposal: In Hoover at their apartment at their 2019 New Year’s Eve party.

“I had planned to do it at midnight, and I had the song [‘Knocks Me Off My Feet’ by Donell Jones] I wanted playing in the background picked out… After the party did the countdown to bring in the new year, I got behind Twylit and started playing the song, and when she turned around I was already on my knee with the ring out, and soon as she saw me she started crying,” DeAngelo said. “I had a speech planned, but I never got to say it, all I think made it out my mouth was ‘will you marry me?’, and she shook her head yes because she couldn’t get anything to come out of her mouth,” he laughed.

“I was actually angry with him for a whole week because all I got for Christmas was a pair of tennis shoes, so I wasn’t really talking to him,” Twylit said. “But I was surprised, I remember after he put the ring on my finger, he said you been bugging me about getting your ring and asking when you were going to become and ‘Irving’, and now what you bout to do? And I said, ‘become an Irving’, and we kissed. It was the perfect way to bring in the new year.”

The wedding: Georgetown Park in Hoover, officiated by Officiant Melanie Hand. Their wedding colors were purple, cream, and gold.  Most memorable for the bride: “When I got out the van to walk down the aisle to the gazebo I started crying because I hadn’t seen the area and gazebo decorated and everything was so pretty. And when I saw all our family and friends that had flown in from Detroit everything came together so perfect,” Twylit said.

Most memorable for the groom was his arrival at the park. “When I pulled up and saw all the cars parked on both sides of the street, I said ‘I know this ain’t all for me’. And when I walked up to the gazebo and I saw everybody, I’m a jokester, I said ‘all yall here for me?’, and I got emotional, and literally hugged everybody before I went and stood under the gazebo, with my son, DeAngelo Jr., right next to me.”

“At the end of the day, I don’t talk about nothing that goes on in my house. It stays inside and between us. We don’t walk out the door mad at each other, we fix the problem right then and there and then continue on with our day…,” DeAngelo said.

DeAngelo, 42, is a Detroit, Michigan native, and works at Amazon Warehouse in Bessemer. 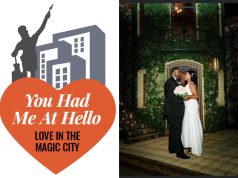 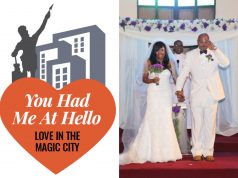 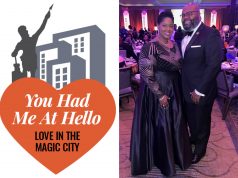