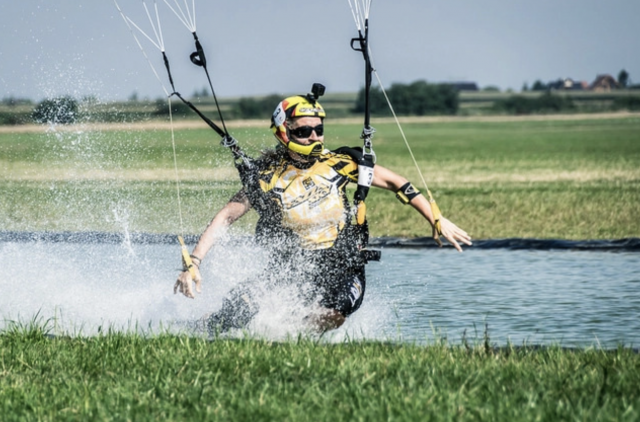 The World Games 2022 will take place across 14 Birmingham community venues from July 7-17.  An anticipated 3,600 athletes will participate in 34 different sports.

“All of these venues offer a unique experience to both fans and competitors,” said The World Games 2022 CEO Nick Sellers. “These locations were carefully selected as the best Birmingham has to offer, and we’re excited for them to host the best ever edition of The World Games.”

Below is a list of the venues and the sports that will take place at each location and a closer look at least one unique sport from each venue. 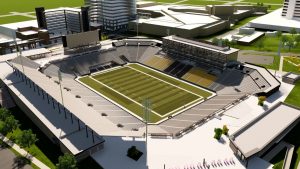 The official introduction to The World Games 2022 and the City of Birmingham will feature live entertainment, special effects, honorable dignitaries and a parade of athletes representing more than 100 countries. Produced by Birmingham-based LRY Media Group, the Opening Ceremony will celebrate Birmingham’s past, present and future. Presented by Alabama Power

The grand finale of The World Games 2022, the Closing Ceremony is a celebration of The Games featuring live entertainment, and an opportunity for athletes, fans and volunteers to bid farewell to Birmingham. It will also include the ceremonial passing of The World Games flag to representatives from the next host city of The World Games: Chengdu, China 2025. Presented by Coca-Cola Bottling Company UNITED 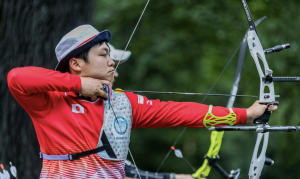 The game of archery uses a stringed bow to propel an arrow toward a target with the goal of being as close to the center of the target as possible. There are three disciplines of archery offered in The World Games: target and field, including recurve and field barebow. 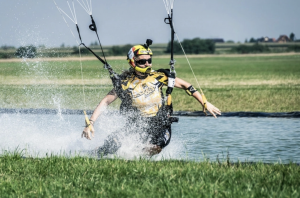 There are two disciplines of air sports: canopy piloting and drone racing.

Canopy piloting tests a parachutist’s ability to control a canopy accurately at high speeds. After jumping out of an aircraft, competitors spiral downward toward a performance zone – a long stretch of water known as a “swooping pond.”

Drone racing tests a pilot’s ability to race a drone around a specially built course, often flying through gates and around obstacles to reach the finish line in the fastest time. The drones used in drone racing competitions are generally built by the pilots themselves and are designed for speed and agility. 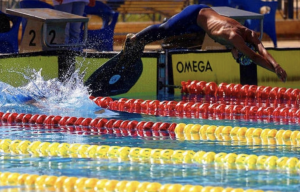 Underwater has one discipline offered in The World Games: finswimming. This event is a sport involving swimming with the use of fins (either monofins or bi-fins) on the water’s surface using a snorkel, or underwater with a monofin by holding one’s breath. There are the three categories of finswimming in The World Games: apnoea, surface and bi-fins. 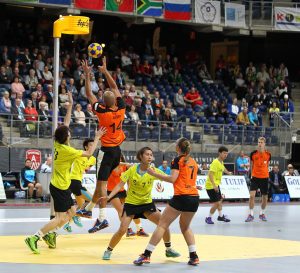 Korfball is a ball sport similar to basketball and netball. A team consists of eight players: four females and four males. The object of the game is to throw the ball into a bottomless basket mounted on an 11.5 foot pole. 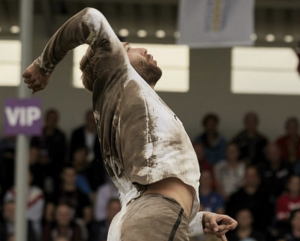 Fistball is a sport similar to volleyball. Two teams consisting of 5 players play on a court divided into two halves by a marked line and a net at a height of 2 meters for men and 1.90 meters for women. Each team’s aim is to strike the ball across the net in a way that the opponent fails to return. 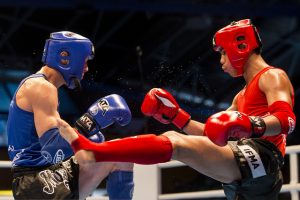 Muaythai is a combat sport that utilizes stand-up striking along with various clinching techniques. It is known as the “Art of Eight Limbs” because it is characterized by the combined use of fists, elbows, knees and shins. Muaythai is often a fighting art of attrition, where opponents exchange blows with one another. Almost all techniques in muaythai use the entire body movement, rotating the hip with each kick, punch, elbow and block. The fighting ring and gloves used are similar to boxing.

Softball, a variation of baseball, is a team sport. Each team has nine players, and the game takes place over seven innings. Typically, the game moves at a faster pace than baseball. 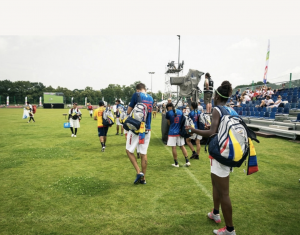 Flying disc has one discipline offered in The World Games: ultimate. Ultimate is a non-contact, self-refereed team sport played with a flying disc (or Frisbee™). Two teams of seven players compete on a playing field roughly the same length as a football field, but narrower. At each end of the playing field there is an end zone. Each team defends one end zone. 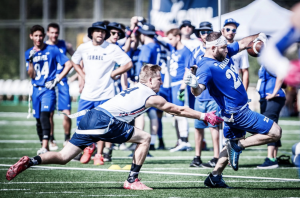 Flag football is a team sport like tackle football but with the use of flags to avoid contact. Competitors wear tightly fixed flag belts with sockets and 2 pop-flags on either side of their hips. The goal of the game is to advance the ball down the field by running it or passing it to score a touchdown by crossing the opponent’s goal line. 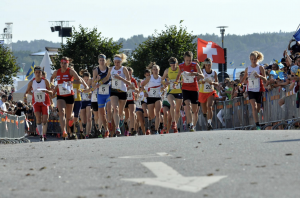 Orienteering is a sport that combines racing with navigation. It is a timed race in which individual participants use a specially created, highly-detailed map to select routes and navigate through diverse and unfamiliar terrain to visit control points in sequence. Courses can range from forests to urban environments. 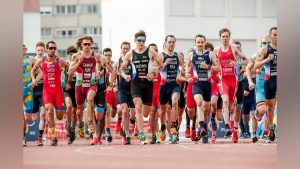 There are two disciplines of duathlon: standard & mixed relay. Duathlon is an athletic event that consists of a running leg; a cycling leg; and a final, second running leg. Duathlons are conducted at sprint, standard, middle and long distances. The time begins when the race is started and finishes when an athlete crosses the finish line. 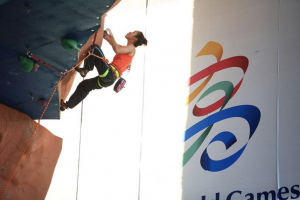 Sport Climbing is a form of rock climbing that takes place on artificial structures. There are 3 disciplines of sport climbing offered in The World Games: lead, speed, and boulder: Lead involves a climber attaching themselves to a length of climbing rope and ascending a route while periodically attaching protection (quickdraws or traditional protection) to the face of the route and clipping into it. Speed is a climbing discipline in which speed is the ultimate goal. Boulder is performed on artificial rock walls, known as boulders, without the use of ropes or harnesses. Different holds are bolted onto the wall to create “problems” (the sequence of moves that a climber performs to complete the climb). 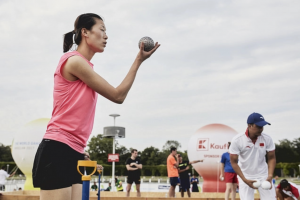 Boules is a sport in which athletes throw or roll heavy balls (boules) as close as possible to a small target ball. The aim of the game is to place one’s boules as near as possible to a target (called the jack). The opponent attempts to place their boules close to this jack or to remove the boules that prevent them doing so. The boules are thrown (palm down) and are metal. There are two disciplines of Boules offered in The World Games: lyonnaise and pétanque. In Lyonnaise (progressive shooting), the players run for five minutes and try to strike target-boules placed at difference distances on both sides of the playing ground. In precision shooting, the players attempt to place one’s boules closer to the jack than the boules of his opponents. In Pétanque, players must throw from a circle with both feet firmly on the ground. In precision shooting, the players have to strike at randomized distances, different targets in various situations. In classic, the players attempt to place their boules closer to the jack than the boules of their opponents.