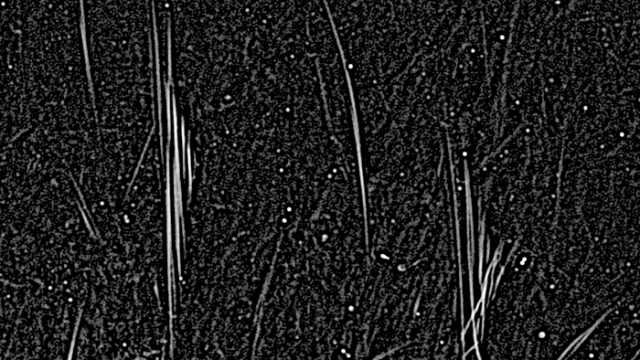 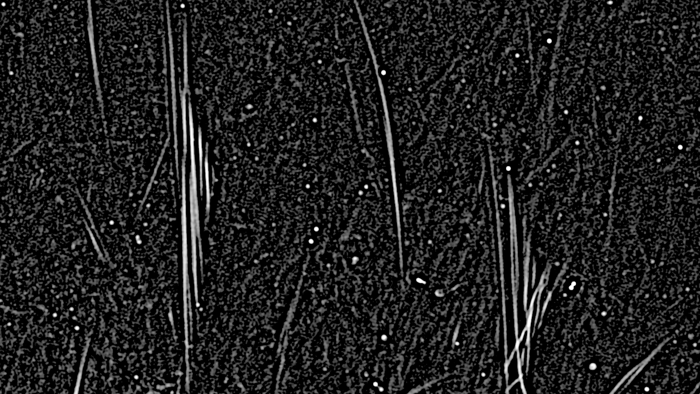 Unidentified filaments are inexplicably dangling at the turbulent center of the Milky Way, but a new study may have unlocked some of their secrets.

The one-dimensional strands are found in pairs or clusters, sometimes arranged in equally spaced stacks like the strings of a harp or guitar, stretching 150 light-years long. Astronomer Farhad Yusef-Zadeh of Northwestern University discovered these magnetic filaments in the 1980s and determined that they are made up of cosmic ray electrons gyrating in a magnetic field at nearly the speed of light.

Now, some 40 years later, Yusef-Zadeh and a team of researchers have captured new images that reveal 10 times more filaments than previously discovered. For the first time, this has allowed them to conduct statistical studies of the filaments and penetrate their dark mystery.

“We have studied individual filaments for a long time with a myopic view,” said Yusef-Zadeh, co-author of the new study published in the journal The Astrophysical Journal Letters. “Now, we finally see the big picture — a panoramic view filled with an abundance of filaments. Just examining a few filaments makes it difficult to draw any real conclusion about what they are and where they came from. This is a watershed in furthering our understanding of these structures.”

The team of astronomers analyzed three years worth of data from the South African Radio Astronomy Observatory (SARAO). Using SARAO’s MeerKAT radio telescope, they cobbled together 20 separate observations of different sections of the cosmos some 25,000 light-years from Earth at the center of the Milky Way galaxy. The full image will be published in an accompanying paper led by Ian Heywood of Oxford University. The image also captured radio emissions from the remnants of supernovas, or exploding stars, and the birthplaces of stars.

The researchers explored the magnetic fields around the filaments and examined how cosmic rays illuminate them. Because the radiation emitted by the filaments is distinct from that of a recently discovered supernova remnant, they believe the two phenomena have different origins.

The filaments are probably a testimony to the remote past of the super-massive black hole at the heart of the Milky Way, rather than bursts of energy from supernovas. However, the filaments may also be linked to gigantic bubbles emitting radio waves, which Yusef-Zadeh discovered in 2019.

While it was already known that the filaments are magnetized, Yusef-Zadeh said the team members can now study the statistical characteristics of the filaments. “We can find the strength of [the] magnetic fields, their lengths, their orientations and the spectrum of radiation,” he said.

Yusef-Zadeh is still mystified by how the filaments are structured. Within clusters, filaments are separated from each other at perfectly equal distances, approximately the distance from the Earth to the Sun.

“They almost resemble the regular spacing in solar loops,” he said. Solar, or coronal, loops are magnetic loops beginning and ending on the Sun’s surface that project into the corona or solar atmosphere. The glowing ionized gas or plasma trapped in the loops makes them visible.

“We still don’t know why they come in clusters or understand how they separate, and we don’t know how these regular spacings happen. Every time we answer one question, multiple other questions arise,” said Yusef-Zadeh.

Adding to the mystery, astronomers don’t know whether the filaments change or move or what causes their electrons to accelerate to near the speed of light. Yusef-Zadeh theorizes there may be “sources at the end of these filaments that are accelerating these particles.” He will next catalog each filament and later publish their angles, curves, magnetic fields, spectrums and intensities to provide more clues about their elusive nature. 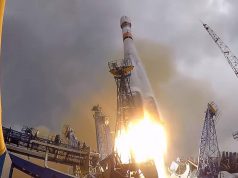 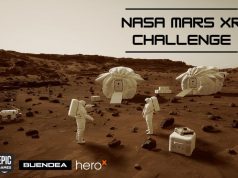 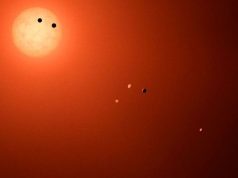