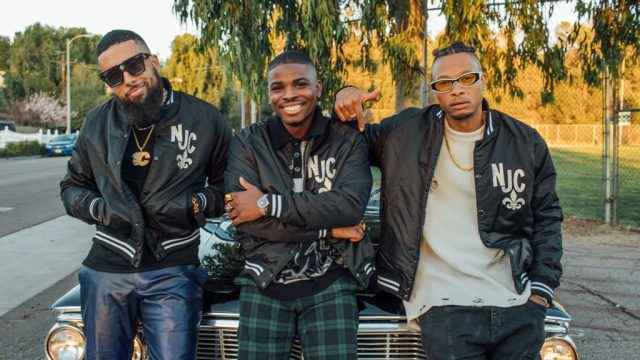 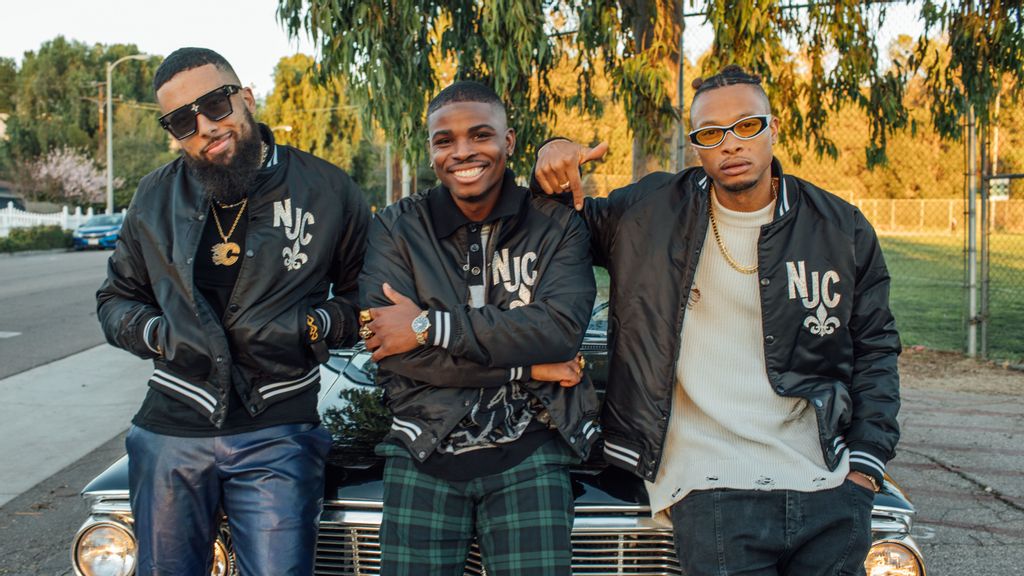 As the world watched what is widely believed to be one of the greatest halftime performances ever during Super Bowl LVI, one thing that stood out was the heavy influence the West Coast has on hip hop. Compton, California, was represented well by legendary producer and rapper Dr. Dre and one of music’s brightest stars, Kendrick Lamar.

However, here to set the tone for the R&B genre hailing out of Compton is the highly touted Gemaine. Already receiving cosigns from hit-makers Charlie Heat and Murph, Gemaine is poised to be the next breakout star from the city, having produced several musical acts over the years.

Currently in the studio wrapping up his first full album, “New Jack City,” Gemaine has attracted significant attention with some of his recent singles. On Friday, Feb. 18, he will thrill his fans with another release from the album, “Lay It Down.”

Zenger spoke with both Gemaine and producer Murph to discuss the family-like chemistry behind the creation of “New Jack City,” with Gemaine opening up about being hesitant to pursue his music career and much more.

Zenger: How is it going?

Gemaine: I can’t complain. It’s been nice. Been getting a lot of work done — single going well. I just hope it keeps going.

Zenger: You bring a different flavor from Compton. We typically associate rap with the city, but you can sing, man.

Gemaine: (Laughing) I appreciate it, bro. I shied away from it, and it was something that I wasn’t really that proud of because of how overpowering [it was] and how much people did rap. It wasn’t that cool to be [a] choir-singing boy, church singer or singing in a school choir. Maybe it was just me, but it came across feminine compared to what everybody else was doing. It was not easy for me to embrace it in my younger years. I started embracing it later. It was hard. Outside of church, I was not singing.

Zenger: What made you comfortable pursuing your singing career?

Gemaine: I got fed up with the fact that all of my family was really weird about holding their gifts in. They had this certain approach to where they wouldn’t let people know that they were artists, producers, singers. It’s like if you catch me at the right time… but other than that, I’m not outwardly expressive about who I am. My whole family’s attitude with music… I followed suit, and then I got tired of it.

At 18, I just went all in. I started singing because I like singing — that’s what I do. I distinctly remember — I wish I kept that video up the day I did it. I put on IG [Instagram]: “Yo, I sing. This is what I do. I’m tired of hiding it.” I just been uploading singing videos ever since.

Zenger: Did you think a Vine video going viral would change your life the way that it did?

Gemaine: That’s the funny thing. I didn’t get a phone until, like, 10th grade. I was super late on having a phone. I didn’t even really understand social media in general when I was uploading stuff. I was expressing myself and just having fun. I didn’t think too hard about it. I didn’t even understand when stuff was going viral. I think me being ignorant to it all was why I was doing so well because people [could] tell I didn’t care. It wasn’t [putting] effort into “please like me.”

Zenger: You refer to yourself as a perfectionist. I’m sure you took your time composing this new project, “New Jack City.”

Gemaine: Definitely. We definitely took our time on this one. More time than any of us would have liked. That’s just what comes with making great music. I got Murph on the line. He’s a huge part of this project: executive producer, A&R and writer.

Murph: I’m a Virgo, so I’m definitely a perfectionist, but one thing I have been trying to do in recent times is get out of my own way. In the creative process, [we have to understand] that by the time we set our intentions — we’re linking up at this time, we’re going to be in the studio, we know what we’re trying to accomplish — at that point, the song’s already done. We’ve already manifested the complete product before we’ve even entered the room.

So I try to get out of the way, and I’ve been preaching that to G especially throughout this process. It’s dope to see how he’s been going about his music. He has a tendency sometimes to overthink things in the studio because he’s such a perfectionist and that can be counterproductive.

Creating something that’s not tangible — these melodies, these words — we’re pulling things out of the air. It’s a spiritual process. The fact that we are coming together in this way, it continues to reinforce to me, G and Charlie [Heat, producer] that God is in the room with us. All three of us are perfectionists, so we can get frustrated. It’s dope that we can rely on each other to snap out of it.

Zenger: Being that this is your first full project, can April 15 not get here quick enough, or are you taking the more patient approach?

Gemaine: I’m just letting it play out. I’m soaking it in and taking it a day at a time. I get ahead of myself all the time — it never does me well. Not even just in music, but in life, just focus on a day at a time and be present with everything.

Zenger: To work with guys like Murph and Charlie Heat at such a young age, what has that been like for you?

Gemaine: Honestly, I am beyond grateful. I’m getting mentored by people who have been doing music longer than me. They know a lot about the game on the business [side] too, but also as a man and [in my] personal life. … It’s been super dope. I’m growing way faster than I would if they weren’t there being my big brothers throughout the process. We out here trying to win together.

Zenger: Murph, on the flip side of the question I asked G, to discover a talent like Gemaine early, before they become as huge as their potential says they can be, how does that feel?

Murph: I’ll be honest with you, it’s a real blessing. Charlie has said some things recently, kind of bigging me up as far as my foresight. I’ve had this A&R mindset throughout my whole career, and I have been able to be aligned with some crazy talent before they [became] exposed to the world. Having a hand in helping them develop or connecting certain dots has been dope.

Gemaine is at the top of the list of people that God put into my life. I was able to see very early, this kid is special. Even the way we met — when we parted ways, I don’t know why I felt so moved to be like, “Yo bro, I want to help you.” I wanted to help him figure it out. God put us into each other’s lives a day later.

G is one of those one-in-a-generation type of talents. Outside of that, he is a good dude. Our chemistry outside of music is enhanced by our relationship outside of being creative. That goes for Charlie as well. We’re family in real life, so the music feels a certain way.

Zenger: I’m a fan of anyone saying they are providing us with real R&B because that is a missing component. What can we expect to hear on April 15, and why did you title the album “New Jack City?”

Gemaine: You can expect some fearless risk-taking, needle-moving type of music. We will have all kinds of styles and flavors of R&B that really resonated with us. I pride myself on having an album that’s like a playlist. It’s going to be a colorful album that is consistent. It’s going to always have that real R&B signature to it.

We named it “New Jack City” because we were inspired by the movie. The approach they had and the brotherhood and code they had in the movie, we resonated with [it] and saw ourselves in that. We thought it would be cool to put the stamp on what our sound is and how we are as brothers.

Murph: I keep saying the same thing about spirituality, but I can’t say it enough. It’s been a divine process throughout everything. Gemaine has a very classic style. He’s got an old soul. I would always tease him because [in] his natural style, he would look like Wesley Snipes in “New Jack City.” He looks like he’s from that era. He looks like an ’80s drug dealer.

It developed into something where we felt it could be the stylistic direction in our approach. Then he took it a step further. We talked it out in the lab, and it just came to that. It’s not verbatim, like each one of us is a character from the movie. It’s just that unapologetic black excellence.

Gemaine: We got attitude and mad confidence. I’ve never had this much confidence, and that allows me to not have any filter. That’s the tone of this whole project.

Murph: That’s something that we were very conscious of from the beginning. I had a conversation with G’s management before I even spoke to him about it. I was doing some research and listening to certain music and going back from what we did with the “Lefty,” [a] project which I love. It is slept on.

The approach with “New Jack City” — it’s important that we just become shameless. We’re very faith based, we’re spiritual, humble, we’re giving glory to God, but at the same time, I’m raw, bro. And I look good doing it.

It’s okay to have that — I don’t want to say arrogance, because I’m not arrogant — but just that fearlessness. I feel like especially as black men, we’re kind of taught to conform and humble ourselves to fit into society. Or it’s the opposite, where you overcompensate for how we’re viewed or treated. You become [an] overly tough guy or overly flashy. We’re just being authentic and really true to ourselves. That was the vibe of the characters in the movie. That cosign from Charlie did a lot for G. 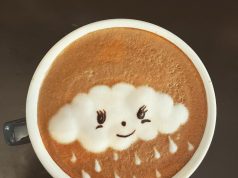 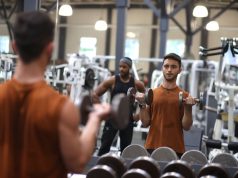 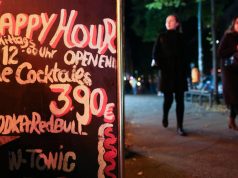