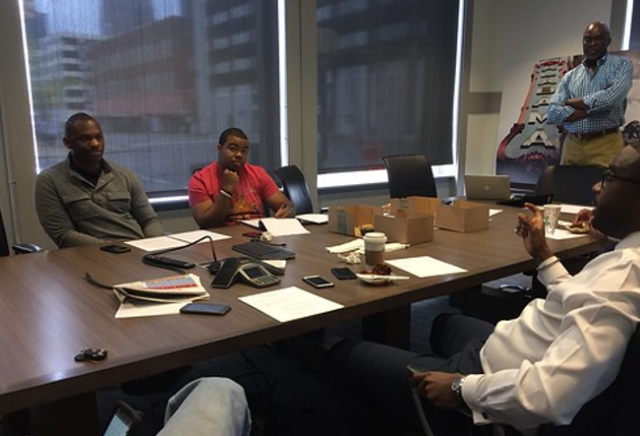 The Birmingham Association of Black Journalists will host a block party at One Pratt Park (601 Dugan Ave, Birmingham, AL 35214) on Saturday, June 18 from 12 P.M to 2 P.M. as part of its annual Black Male Media Project initiative.

In partnership with V94.9 FM and Courtney French Broadcasting, LLC. along with DJ Serious (Instagram: djseriousgtw) providing music, food will be catered by Simone’s Kitchen ATL with snow cones from Snoball Shaved Ice. There are other activities planned to help young Black males with a heightened and uplifted sense of self.

The National Association of Black Journalists (NABJ) launched the Black Male Media Project in June 2017 as an effort to help change the narrative around the lives and\ images of Black men in the news and in society. While some chapters may host panel discussions, others opt to perform community service.

Last June, BABJ provided haircuts to more than a dozen homeless men in Linn Park in downtown Birmingham. While this event is geared toward young Black men, any community member may attend.