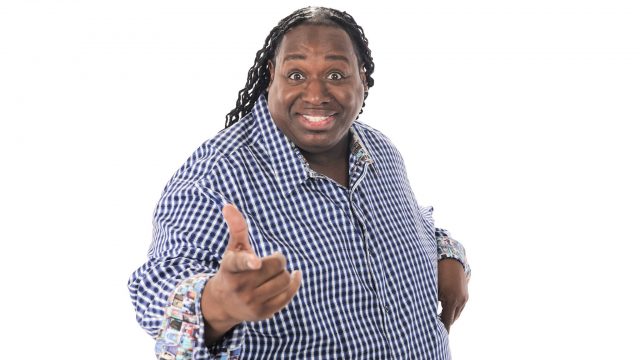 **THE HANGOVERS, HYPERSPACE & PEDESTRIAN UNREST at the Nick.

**THE MIDNIGHT at Iron City.

**KARAOKE EVERY THURSDAY hosted by DJ SHAY at Eighty Eight on Magnolia Avenue.

**VEERS WITH RADIO DECAY AND CREEPER THE DOG at The Nick.

**SUNDAY FUNDAY TUNES with ERIC WATTERS at the Nick.

**EVERY MONDAY is MONSLAYYY THE CARIBBEAN WAY, 8 p.m. at the Vault with TRINI and BRENT TRINI-FRESH PIERRE. FREE.

**BIRMINGHAM BANDSTAND at The Nick.

**THE FRONT BOTTOMS at Iron City.

**THE CIGARETTE BUMS RANGER & HANDSOME JACK at The Nick.

**NICOLE & MATTS BABY SHOWER with STARSHAKER & SOUNDS IN MY HEAD at the Nick.

**VELVET WILLOW WITH RAE & THE RAGDOLLS AND PALOMINO at The Nick.

NEWS TO USE… Around the state and the world…

**THE KING CENTER NONVIOLENCE TRAINING AND EDUCATION – The Martin Luther King Jr. Center for Nonviolent Social Change (The King Center) joined the United Nations’ (UN) commemoration of the International Day of Nonviolence (observed annually on October 2nd ) that began with the CEO of The King Center and the daughter of Dr. Martin Luther King Jr. and Mrs. Coretta Scott King, Dr. Bernice A. King, speaking at the UN Education, Scientific and Cultural Organization (UNESCO) nonviolence panel discussion on Nonviolence; ‘Education for Human Flourishing, There was A Conversation with Mahatma Gandhi’. To further the education and training of local youth in Kingian nonviolence, The King Center also announced the launch of a new partnership with DeKalb County, Ga., in support of the DeKalb County Youth Safety and Violence Prevention Initiative.

**NEXT FRIDAY AND SATURDAY… SENIOR EXPO at the BJCC South Exhibition

**TALLADEGA SUPERSPEEDWAY 2023 SCHEDULES – NASCAR Cup Series is APRIL 23 and OCTOBER 1. The NASCAR Xfinity Series is APRIL 22. The NASCAR CRAFTSMAN Truck Series is SEPTEMBER 30. All the incredible traditions fans know and love such as camping, the Saturday Night Concert, the Big One on the Blvd (spring GEICO 500) in the infield, the unique social atmosphere, tailgating, parties, kids programming and just plain family fun along with much more will be back in ’23. Fans are encouraged to keep up with all the happenings at the biggest, baddest race track on the planet by following Talladega Superspeedway on Twitter, Facebook and Instagram, as well as the all-new NASCAR Tracks App. for the latest speedway news.

**LITTLE RED’s MOST UNUSUAL DAY, October 15, 10:30 a.m. and 12:30 p.m. at the Avondale Amphitheater. This is a hilarious and adorable retelling of the Little Red Riding hood story brought to life. This children’s opera is brimming with fun and laughs with Little Red, her mom and granny, Forest Ranger Dudley and the sneaky wolf Mr. Big Bad as they discover the importance of being kind to others and always doing the right things. Call (205) 322-6737 or go to OperaBirmingham.org.

**BCRI 30TH ANNIVERSARY CELEBRATION – Don’t miss the commemoration of The Birmingham Civil Rights Institute’s grand opening on Friday, November 18th! Culminating a week of festivities, the celebration will feature a night of great conversations, performances, reflection and a one-night-only special exhibit highlighting thirty years of archival acquisitions and exquisite programs. Take part in the festivities as they present the 2022 Rev. Fred L. Shuttlesworth Human Rights Award and other honors.

**TUSKEGEE GOLDEN TIGERS AND MOREHOUSE MAROON TIGERS CLASSIC is this weekend. Game is Saturday at Legion Field, 7 p.m.  FRIDAY – The Block Party, 11 a.m. – 3 p.m. in front of City Hall with food trucks and live entertainment. Tailgating at Legion Field, 12 p.m. and JEEZY Concert at 7 p.m. at Boutwell Aud. SATURDAY – UNCF WALK FOR EDUCATION, 7:30 a.m. registration and Walk at 8:30 a.m. at Railroad Park. FAN ZONE at Legion Field is 5 – 7 p.m. The Classic Game is at 7 p.m. at Legion Field

AT SIXTH AVENUE BAPTIST CHURCH …SEE YOU AT THE SIXTH …

**BATTLE OF THE BANDS – ASU’s Mighty Marching Hornets and AAMU’s Marching Maroon and White bands will ‘show out’ during halftime. The game starts at 2:30 p.m.