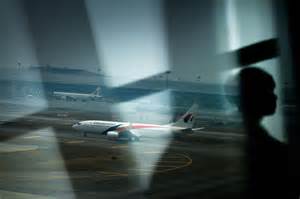 What Happened To  Malaysia Airlines Flight 370? 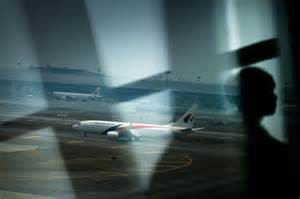 By Rick Eriksen
Malaysia Airlines Flight 370 remains missing and to this day there has been no trace of evidence of a plane crash in any ocean.
The day this happened news came out raw and fast. Reports in the first week or so claimed the aircraft climbed to 43,000 feet, which is the top service ceiling for a passenger aircraft. It would have been difficult to climb to that altitude with all those passengers and fuel. Most airliners operate in the high thirties and usually only after they burn off some fuel. Climbing to 43,000 feet would have come much later in the trip, if at all. At 43,000 feet a civilian aircraft is out of its intended environment and at that altitude, if anything happened to the pressure vessel (the hull) of the aircraft there is not time to react. Blood boils in 15 seconds at 41,000 feet so 43,000 would only be worse.
Flying this heavy airliner into this rarefied atmosphere had to be done by a well-trained pilot and not accomplished through autopilot. The aircraft would have stalled and went straight into the ocean, in which case there would have been a debris field miles around and easily seen from space-based high-resolution cameras. The plane did not stall, which raises the question: What was it doing up there?
If you wanted to hijack the plane and not have a few hundred upset passengers, the pilots would simply switch to 100 percent oxygen (which they can) and turn off the pressurization in the cabin. In seconds your passenger problem is resolved. From here, all that is left is to turn off the transponders and fly to some abandoned airfield in an off-the-grid location. From there you could hide the plane in an old hangar and dispose of the passengers.
So why go through all this to steal an airplane? One day we will see this aircraft again. From where the plane is presumably located now, and once refueled, it can go far in any direction. One could paint a new tail number on the plane, file a flight plan as someone else, take off from an uncontrolled location and join the air traffic control system. No one would know until it’s too late. In that scenario, there would be no alarm, no nothing and the plane could fly where they want under no ATC guidance.
The reason it makes no sense to steal a plane for nothing is that you can buy used 747s or other used airliners in auctions everyday on the cheap. If someone just wanted a plane for business, why not buy it?
What’s also interesting is that whoever did this did not dump airplane parts and bodies in the ocean. Some debris would at least create the illusion a crash occurred. But it’s a year later and nothing has been found. You cannot have a crash of that magnitude without debris. It has never happened in the history of aviation. Aircraft parts float, bodies float and somewhere in the world after a year someone would have found something. I hope I am wrong, but I am concerned that I am not.
Let’s hope the people responsible for the investigation are checking tail numbers.