Here is one those voices. 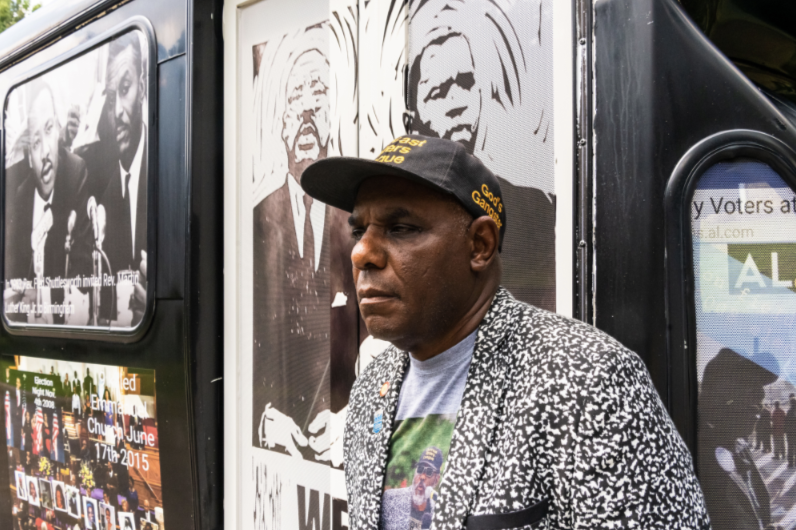 Your passion: “Crime, gangs and politics.”

What does a better Birmingham look like: “When you look at the true numbers of how Birmingham is really getting along, holistically, it’s not what it claims to be. [We should focus on] the reality of where we’re at and stop this ‘how far we’ve come.’ We haven’t come that far if the economic divide is [still there]. You still got abject poverty, you still got families, 2 or 3 percent of Black people that live in Birmingham, guess what? Almost 45 percent of them are in abject poverty, and the rest are in poverty, not even the poverty line…In most cities, he that has the political power, has the economic power, and Black Birmingham has a Black mayor, a basically Black Council, Black fire chief, and anywhere else, that power of politics and population, both of them are supposed to yield a greater dividend to the popular side, not in Birmingham. The color of racism is poverty…because any leaders that are Black…they can be invited to the top galas, the top everything, so that’s the face that you a lot of times see.

How do we curb homicides in the city: “The city needs to give me the [funding] I have consistently asked him for. I’m gonna get personal because my moniker was ‘God’s Gangster,’ right? I was appointed by [former Mayor Richard] Arrington as the first guy with a criminal history record — (as a teenager growing up in Cleveland, Ohio, Matthews said he had been arrested more than 30 times and while in jail, he found God) — appointed as liaison to deal with the gang problem, and at that time, we’d had the largest number of homicides ever, and after he appointed me, and I went to work, I did a whole collage and multiplicity of different things…We had 45 God’s Gangsters, and we went to house parties, on our own accord, to find out how it’s going to be because we were connected to all the different gangs across the city, and we carried that program on, and it was called Operation Texaco [Take Exception X All Crime Out], and I developed the tenets of it when I was in prison.”

“The initial endeavor after [Arrington] had deployed me, we got so involved across the city that we didn’t have a single homicide for three months.”

Favorite quote/Words you live by: “Money is not the solver of all problems, but money is the solver of almost 90 percent of any nation, any city, any whatever, and especially, if it’s a capitalistic nation.”