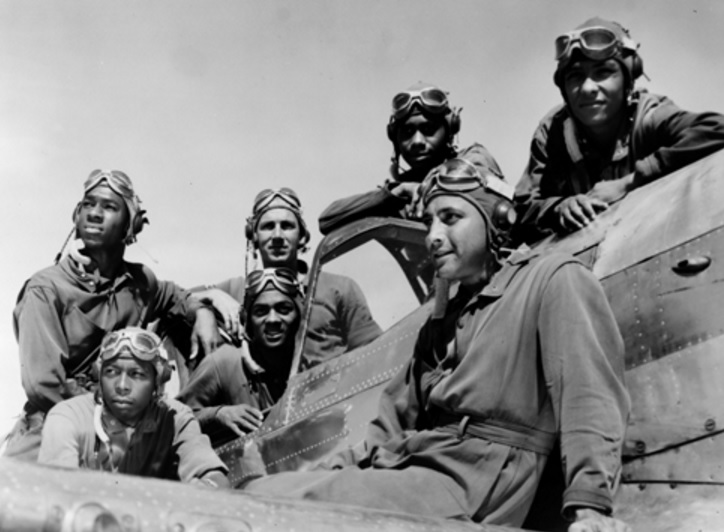 Wenonah, Ala., native Arthur Shores is one of the most successful African-American and civil rights attorneys in Alabama and in the U.S. Shores was also the first black attorney in the state to represent his own clients in court. He earned the nickname “Alabama’s Drum Major for Justice” through litigating civil rights cases, such as Lucy v. Adams, which allowed Autherine Lucy and other African-Americans to attend the University of Alabama. He later represented civil rights leaders including the Rev. Fred Shuttlesworth and the Rev. Dr. Martin Luther King. In 1968, Shores became the first African-American to serve on the Birmingham City Council, a seat he held for 10 years, and also was the first African-American delegate to the Democratic National Convention that same year.

The Rev. Fred L. Shuttlesworth became a prominent figure of the civil rights movement of the 1960s. A Montgomery, Ala. native, he moved to Birmingham, Ala., and presided as pastor of Bethel Baptist Church. He established the Alabama Christian Movement for Human Rights (ACMHR) and used it to test Birmingham’s own segregation laws after the U.S. Supreme Court ruled that Montgomery’s bus segregation was illegal. In retaliation, the Ku Klux Klan bombed his home; Shuttlesworth, his family, and a guest were unharmed. The next day Shuttlesworth led a protest rally. He continued to test Birmingham’s segregation laws by attempting to enroll his daughters into an all-white school in 1957; by peacefully demonstrating during the reign of Commissioner Eugene “Bull” Connor; and by joining with the Rev. Dr. Martin Luther King Jr., the Rev. Ralph David Abernathy, Bayard Rustin, and others to form the Southern Christian Leadership Conference. Shuttlesworth also helped organize the Freedom Rides with the Congress on Racial Equality (CORE) and convinced King to refocus his civil rights efforts on Birmingham, which grabbed national headlines and brought about legislation that would become the 1964 Civil Rights Act.

Leighton, Ala., native Percy Sledge became a legendary R&B singer with his hit “When a Man Loves a Woman.” The song, released by Atlantic Records in 1966, topped Billboard’s Hot 100 for two weeks and Billboard’s R&B charts for four weeks. It stayed in the Top 100 for 16 weeks and became the first Atlantic single to be awarded gold status by the Recording Industry Association of America. Sledge had several other hits, as well, such as “Warm and Tender Love,” “It Tears Me Up,” “Out of Left Field,” “Take Time to Know Her,” Cover Me,” and “I’ll Be Your Everything.” In 1988, “When a Man Loves a Woman” was named the Best 100 Singles of the Last 25 Years by Rolling Stone magazine. And in 2005, Sledge was inducted into the Rock and Roll Hall of Fame.

Birmingham, Ala., native Dr. Shelley Stewart was a prominent disc jockey in the 1950s and 1960s, chronicling the civil rights protests in the city. His radio show was a must-listen during the demonstrations for anyone who wanted to know the timing of marchers and other pertinent information in the fight for freedom. He also expanded into marketing in the 1960s. His public relations company, o2ideas, is one of the longest-running and largest privately-held corporate communication companies in the U.S.

Benjamin Sterling Turner became the first African-American from Alabama elected to the U.S. Congress. Born as a slave in North Carolina, Turner represented the state of Alabama from March 4, 1871, to March 3, 1873. While serving in the U.S. House of Representatives, Turner sought financial aid for Alabama to rebuild the devastation caused by the Civil War and introduced bills to remove legal and political restrictions imposed on former Confederates. He also lobbied for the elimination of the tax on cotton and fought for reparations for former slaves and aid for impoverished black farmers.

The Tuskegee Airmen became some of the most decorated pilots of the U.S. Air Force and were pioneers in the integration of the U.S. Armed Forces during World War II. The group originated as an “experiment” by The U.S. Army Air Forces (USAAF) to give black people an opportunity to train to become pilots and leaders. There were more than 14,000 participants in the Tuskegee program, including pilots, bombardiers, navigators, doctors, nurses, mechanics, weathermen, parachute riggers, and support personnel. The Tuskegee Airmen have garnered many awards for their valor, including 96 Distinguished Flying Crosses, eight Purple Hearts,14 Bronze Stars, 744 Air Medals and Clusters, and three Distinguished Unit citations. They also have been honored by several U.S. Presidents, and in 2007 the Tuskegee Airmen were presented with the Congressional Gold Medal for service during WWII.