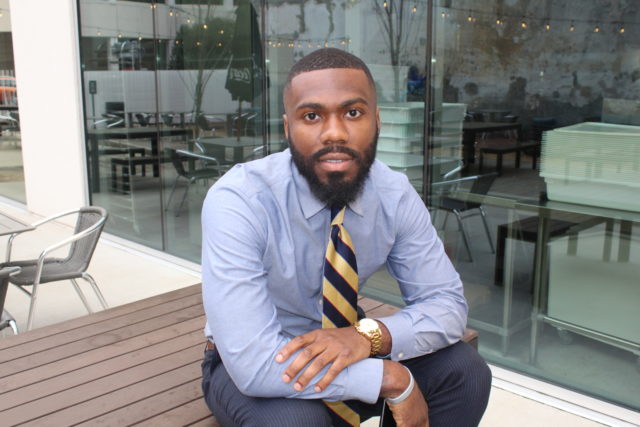 At age 17, Birmingham-native Rashad Grimes faced a capital murder charge in the slaying of another person in his Ensley neighborhood. At the time, Grimes—a 24-year-old student at the Samford University Cumberland School of Law and thriving entrepreneur—was a Jackson-Olin High School senior preparing to graduate and looking forward to the future.

Here’s what he remembered about the April 2012 incident: Grimes and four of his friends had gone to a party. As they were walking home, a male in the area “was … harassing us, like, asking, ‘What are you doing in this neighborhood?’ We left and tried to avoid [him].”

The male returned in a car, hanging a gun out of the window. He confronted Grimes and his friends on “a territory thing.”

Initially, police attempted to charge Grimes and the other teens with capital murder. They were arrested, taken to jail for 48 hours, and then released.

“It was an eye-opener,” Grimes said. “To be 17, it was … a traumatizing type of thing, … knowing how things can really turn upside in a matter of seconds, … just by being in the wrong place at the wrong time. We were just … kids.”

Grimes said the incident could have had an adverse impact on his life, but “from that point forward, I made it a point to move forward.”

He acknowledges that the incident may be one reason he chose to attend law school: “I definitely took that and … allowed it to be an inspiration. Even if I choose not to go into [the] criminal aspect of law, I can definitely still be an advocate because I’m trying to become a lawyer now.”

Grimes said the 2012 incident also taught him the importance of having a good attorney.

After graduating from high school in 2012, Grimes enrolled in Alabama State University and majored in history with a minor in political science. During his sophomore year, he joined the U.S. Air Force Reserve. Saving money for his education was the primary reason he joined the military. In addition, he said, the Air Force provided “discipline, core values, … teamwork, pride in the country. … [It] definitely had a good effect.”

Grimes enrolled at the Cumberland School of Law because of its calm, nurturing environment.

“The staff is great, the students, the ambassadors. [Also], I didn’t want to be far away from home. … Law school can be expensive, so I was like, ‘OK, let me stay with my parents, build my money up, and then move out,’” said Grimes, who’s on schedule to graduate in 2021.

Grimes said he’s always had a passion for litigation, but he likes contracts, as well, and is considering getting into contract law.

Grimes, born and raised in Ensley, is the youngest of six boys. His father, known as Esquire, has shoe-shining shops in major corporate buildings downtown Birmingham, including Alabama Power Co. and Regions Financial Corp.

Grimes learned about economics and his family’s business, in particular, at a very young age.

At 8, he shined his first pair of shoes. His father taught his sons how to shine shoes because “a man has to … know how to do something with his hands to survive,” Grimes said.

Shoe-shine money came in handy for Grimes on the side while he was in college, but then it became a main source of income. He began to take the business seriously when he made $1,000 in one day at the downtown Sheraton Birmingham Hotel—which sparked the idea to grow the family business.

“I said, ‘I’m … going to put a stamp on this.’ … We’ve been doing it for years, so it’s like, ‘Why not?’ I’m just branching my father’s business out and trying to get it into different major spots … like the Pizitz Building downtown and different hotels,” Grimes said, adding that the main goal is to franchise his father’s business.

“There’s not one shoe-shine repair [franchise] that people can think of off the top of their head in every state,” he said.

Grimes pointed out that a lot of people don’t understand the value of the shoe-shine business.

“Being black, coming up shining shoes has a condescending [inference],” he said. “[You have a different outlook] when you understand the value in not just what you do but that there are only a few ways to get rich: you either have to create a service or … create a need. … Basically, service is the main thing everyone needs. Customer service is what feeds this world. If I can create a shoe service or take my father’s shoe service to the next level and create some generational wealth for my family, why not?”

Another business Grimes learned from his father was construction. When he discovered that real estate companies and banks pay people to take care of their foreclosed homes, Grimes founded the Supreme Home Preservation and Construction Co.

“I know people who know how to do construction work,” he said. “My father taught me at a young age [and] … I have people in my family that can do construction, [so I said], ‘Let me start a construction business. I provide them with the work, I get paid, they get paid.’”

Grimes decided to start his businesses because he doesn’t see himself working for anyone—just as his father never worked for anyone.

“My idol growing up was my father,” he said. “It was one of those things like, ‘How can I provide for my family? … How can I be in control of my own life? … So, I always knew I was going to go into entrepreneurship.

“One thing about being self-employed is that you are in control of your finances 100 percent. You dictate whether you get paid or not, depending on how well you hustle. … I just want to be in control of my life.” 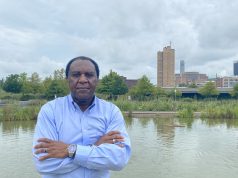