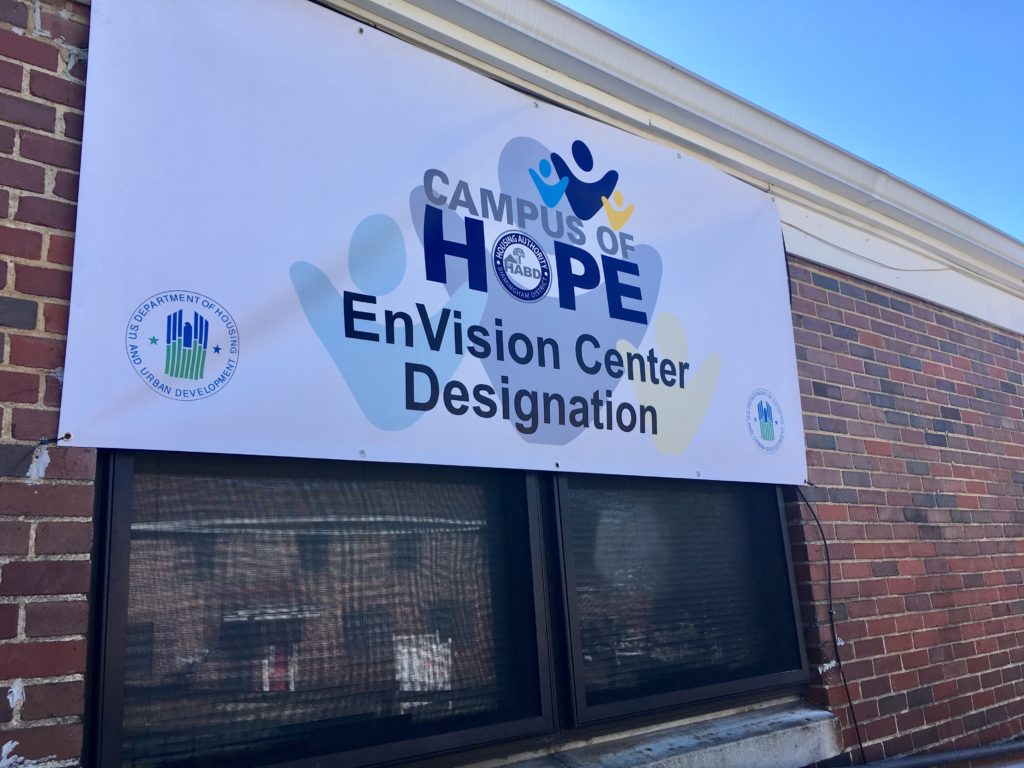 The Campus of Hope, a one-stop shop for residents to achieve goals of self-sufficiency, in Marks Village has been designated a HUD Envision Center demonstration site, the first in the state of Alabama.

According to HUD, its Envision Centers are collective efforts across a diverse set of organizations, both public and private, that help low-income individuals and families. Programs are based on the Envision Center’s four pillars: economic empowerment; educational advancement; health and wellness; and character development.

Michael Lundy, Housing Authority of Birmingham District’s President/CEO, said a number of factors made Marks Village an ideal site for Envision Center at the Campus of Hope. The public housing site, he said, is the most challenging of all 14 HABD locations with an annual family income average of $11,000, lowest of all the sites and crime statistics among the highest, he said.

Cleveland-Leggett presented Lundy and HABD Board of Commissioners with a congratulatory letter that read in part, “… HUD looks forward to assisting and supporting your Envision Center demonstration site by helping to build program capacity, increase federal and local partnerships, address identified service gaps and engage stakeholders to meet community needs.”