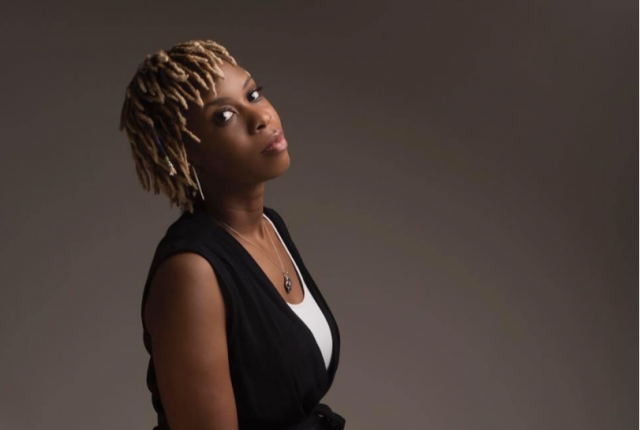 Her first show with V94.9 will be Sunday, Feb. 9 and her last show at JAMZ was Jan. 19, said Woodruff in an interview with The Birmingham Times.

At JAMZ, Woodruff hosted “Vital” – an “edutainment” show that allowed her to have open, honest conversations on the airwaves with friends — that aired every Sunday at 9 p.m. for 12 of the 15 years she was at the station.

“I’m moving on for growth and be able to reconnect with the people in the community in a more immediate and direct way with a special focus on mental and behavioral health in the African American and underserved communities,” Woodruff told the Times.

Her new home “presents an opportunity for the listeners and viewers to fully embrace a platform created and programmed with them in mind with every guest and topic, more great music, entertainment and more,” she said.

Woodruff, who grew up in Ensley and Huffman, has a master’s degree in Education in Counseling (Marriage and Family Therapy) from the University of Montevallo.

‘I’m bringing my Vital Village and The Crew with me!,” she said. “We’re bringing fresh and trendy to the community and to the station. We’re able to truly partner with those who have vision and heart for the people in the community through entertainment and civic engagements.”

She didn’t just join a station she joined a family.

“Chris Coleman, vice president of programming and I had worked together for years and I had been Lil Homie‘s [now Da Homie Jay, co-host of the Home Team morning show] intern and later sidekick [at JAMZ] while I did traffic during his afternoon show, so these guys were like family. I knew everybody that worked there; T Carson [host of T Carson’s Neighborhood] and I are super connected, Tracy Hardy, the [general sales manager] and of course Courtney, [owner of Courtney French Broadcasting] these were already my people,” she said. “After a while, I decided that I wanted to do something different and be a part of a team that actually knew me and my work…”

At V94.9, ‘Lady Woo’ is ready to bring a new listening audience to the growing supporters of the station, and said that she’s “a perfect gap in the bridge to the soulful.”

“I’m a cultural young adult that appreciates good music and classy turn ups, but can still hold a reassuring and entertaining conversation with a grandmother or her peers,” she said. “I’m bringing the “Birmingham Sweetheart” and the “Ensley raised, round the way girl” to the station.”

The Miles College grad, a licensed counselor and Mental and Behavioral Health Program Director at The Dannon Project, can bring a perspective few can find in local radio.

“The show is programmed with the underserved in mind,” Woodruff said. “It’s the same Vital, [in a] new home. Of course, there will be some new features and guests, but [the show will have] great topics, more great music, entertainment and more,” she said, “folks tune in for all of that.”

Being on air for 15 years has built an amazing rapport with the community, and established trust with the people, said Woodruff, who got her start in radio during a summer work study job at Alabama State University [where she began her collegiate career] in 2003

Woodruff has big plans for the future. Which are? “Owning my own network, and more ordered steps toward leaving a legacy of black excellence and history.”