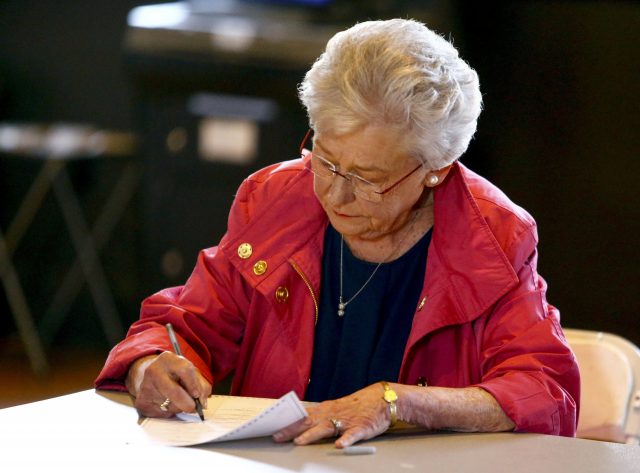 Attorney General Steve Marshall wrote in an opinion on Tuesday that Ivey can postpone the runoffs under her emergency powers.

Marshall wrote that Ivey had “substantial powers” under the 1955 Alabama Emergency Management Act (AEMA) which did not preclude rescheduling elections.

“The Governor, therefore, has the authority under the AEMA to declare a state of emergency as a result of the emergence of the COVID-19 virus, and she has the authority to postpone a primary runoff election to protect the public health and safety during the proclaimed emergency,” the opinion said.

Marshall wrote that he agreed with Alabama Secretary of State John Merrill that the elections “should likely not” be postponed beyond July 14 “unless the proclaimed emergency persists.” Merrill said an election after that date would interfere with the administrative calendar for the November general election.

People can now register to vote in the runoff until June 29. They have until July 9 to apply for an absentee ballot. Absentee ballot applications already successfully submitted will be valid, Merrill said.

Absentee ballot applications can be obtained online at the Secretary of State’s website or at county absentee election manager offices.

The deadline to turn in an absentee ballot by hand is July 13. Absentee ballots sent by mail must be postmarked by July 13.

“Right now, everyone’s top priority should be to stop the spread of the virus and keep folks safe at home, and that includes allowing Alabamians to vote absentee and vote by mail,” he said in a statement. “It’s crucial that we expand access to the ballot box, enact early voting and expand opportunities to vote by mail in Alabama so that all eligible voters are able to participate in our democracy.”

Merrill encouraged people who don’t want to go to the polls because of concerns about the spread of the coronavirus to vote by absentee ballot. State law requires voters to check a box on the absentee ballot application stating why they are voting absentee. Merrill said people who are concerned about the coronavirus should check the box that says: “I have a physical illness or infirmity which prevents my attendance at the polls.”

AL.com and the Montgomery Advertiser contributed to this article.