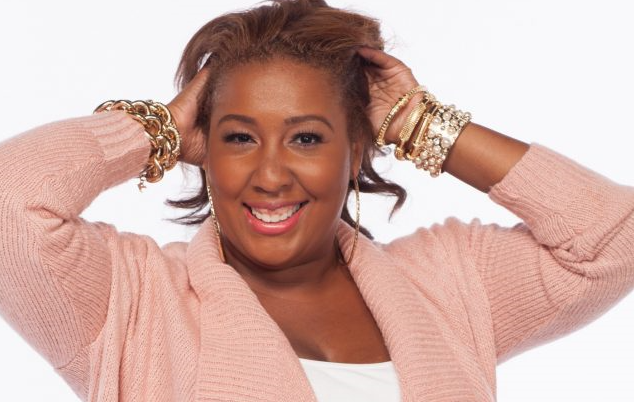 In the 21-year existence of the Ebony Arrington Dance and Performance (EADP) studio in Roebuck, the company has never missed a spring dance recital.

“I don’t know what spring is without dance, without my students, and without our recital,” said Bronze McGhee Lougheed, partner and studio director. “We lost our mother in April 2016 and still pulled off a recital in May.”

Since 1999, Lougheed and her sister, Ebony Arrington Steele, have run the studio, which has become an institution in the Birmingham performing arts community. Steele moved to Dallas, Texas, in 2010, and Lougheed handles the day-to-day operations.

The COVID-19 pandemic is presenting challenges that Lougheed never anticipated—but the show must go on.

“We’re looking at this as a new way to try a virtual recital, meaning we won’t be in a theater,” she said. “[Students] will have the option of coming to a location where we can be sure the kids are properly spaced, and we’re recording a video for the parents.”

Parents who aren’t comfortable with bringing their children to a location to perform with their classmates have an option, as well, Lougheed said: “They can actually record their child doing their dance at home in their costume, and we will try to incorporate [everything] into the final video.”

Lougheed, who is also founder of the nonprofit Sisters Inspiring Sisters through the Arts (SISTA Inc.), has conducted all of her classes on Google Meet, Zoom, and Instagram Live since March 16, when COVID-19 began to force closures of local businesses.

“We have not charged tuition since we’ve been doing online classes,” Lougheed said. “We are trying not to ask for tuition because we don’t want it to be the reason anyone is not dancing.”

Lougheed and her five instructors are planning six weeks of full-length online classes and instructional videos; they will begin filming them by the end of the month, she said. Although virtual classes can be difficult for the younger students, Lougheed said she meets virtually with the adolescent and teen dancers twice weekly.

“We’re still learning and going over new choreography, and I’m challenging [students] because, as of right now, I’m still looking to go forth with a recital,” she said of the event that is tentatively scheduled for the weekend of July 17. “It’s important that we keep it going, letting them know we’re not giving up. It is important for me to show them that we will push through, find positivity, and give them as much of a norm as possible.”

All She Wants to Do Is Dance

Lougheed, 42, is Chicago, Illinois, born, but she was raised in the Irondale area since the age of 7. She attended Irondale Community School and Homewood Middle and High schools. Her name was chosen by her father, Charles.

“He named both Ebony and me after black magazines,” she said. “I don’t think Bronze magazine survived the ’70s. I’m thankful for my name, though. I love it.”

After completing grad school in 2002, Lougheed started as an instructor at her sister’s Ebony Arrington Dance and Performance studio, teaching ballet, tap, jazz, and modern dance. She became the company’s director in 2010, when Ebony moved to Dallas to co-host a syndicated radio show with Rickey Smiley.

“Ebony is still part of the business,” Lougheed said. “We’re still communicating, and she’s involved in the planning. This is the time of year that we [usually] plan for our major fundraiser, [a golf tournament], which supplies the majority of our money for scholarships and other programming.”

Because of social distancing regulations, the tournament was canceled, but Lougheed remains optimistic.

“We’re hoping to be able to expand and grow,” she said. “So, if we didn’t make it through this, that would leave a huge void for something we envisioned—to expand not only performing arts but also cultural enrichment in the city of Birmingham.”

She remains confident about EADP’s future.

“Positivity in the arts community, assistance from other arts educators, and willingness from our teachers to step outside of their comfort zones have given me hope,” Lougheed said. “[Business owners and arts educators] were sharing how they were doing things, and a lot of people were already teaching on different [online] platforms, … saying, ‘This is how we’re doing things.’ … A lot of people had never done that before.”

Lougheed—who also volunteers at Phillips Academy, where she offers a “dance experience” curriculum, and conducts classes and training via the Thinkific online course platform—credits REV Birmingham, an economic development organization that stimulates business growth and improves quality of life in Birmingham’s City Center, for helping to keep her programs sustainable.

“REV Birmingham started doing webinars with people locally. When I would look [at the webinars], I would see people that had gyms, massage parlors, and hands-on companies that were being affected [by COVID-19], too,” she said. “I saw some of the things they were doing, which pushed me to other online resources and Facebook groups with people coming together and figuring out what to do.”

There are other reasons to keep moving forward, Lougheed said.

“We recently acquired a building in North Birmingham off Carraway Boulevard that we’re renovating to create a more permanent home for the studio and also a performing arts and cultural enrichment center,” she said. “We’ve gotta make it through this [pandemic] and be back at it in the fall because we’ve made that investment.”

“Ebony and I often visited [that church] when we spent weekends with our [grandmother]. The church was forced to close because of needed repairs, so restoring this building and turning it into a center that will add benefit to our community [will help] further [our grandmother’s] mission and legacy,” Lougheed said.

For more on Ebony Arrington Dance and Performance, visit www.ebonyarrington.com.