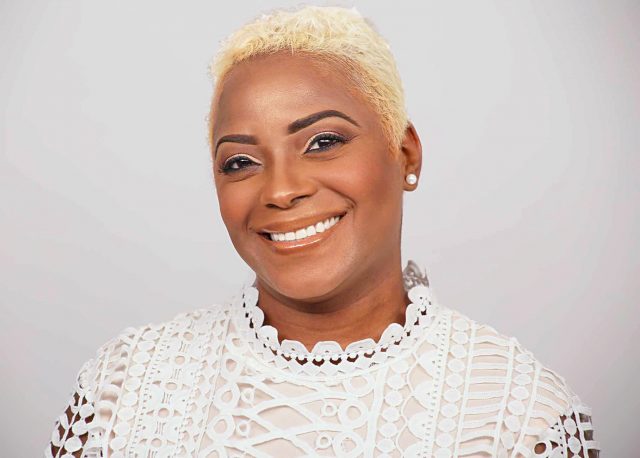 Before she could change the mindsets of others, Kimberly Speights had to first change her own. The first step meant getting out of an abusive relationship, something she did more than two decades ago.

“I was laying in bed. I had a gun to my head. I wanted to commit suicide. I thought my purpose was just to die,” she said. “Then I heard the voice of God say, ‘Leave [that relationship]. Go!’”

And that’s exactly what Speights did: “I put the gun down, I got up, and I walked away,” she said.

Speights, 47, is the founder and executive director of Empowered to Overcome, a nonprofit organization that mentors girls ages 6 to 18; she leads an executive leadership team of five who serve as mentors. She also is also an author, motivational speaker, and elder at Love Fellowship Christian Center in Adamsville, Alabama.

Having had the strength to change her circumstances more than 20 years ago, Speights now helps girls in her program.

“We’re changing the mindsets of these girls, which in turn will change the dynamics of our community and then change the dynamics of our city and our state,” she said. “Once we get these girls to understand who they are and how valuable they are, that sets the tone for so many things that are going to take place in the future. We can’t wait until they are grown to get them to see their purpose and get them on a path that leads to success. … We have to start now.”

The idea for Empowered to Overcome began in 2011, while Speights worked in the administration of former Birmingham Mayor William Bell.

“I had these women [who I didn’t know] come in my office to talk to me, and I was just counseling them,” said Speights, who worked in the city’s office of economic development at the time. “I was asking God, ‘What do you want me to do with this gift you’ve given me?’ That’s when He said, ‘I want you to go back to the community you grew up in and teach those little girls, so they don’t make the same mistakes you did.’”

Speights was first married in 1994, and a few years into her marriage she had an affair with an ex-boyfriend, who was one of her abusers.

“I never really took the time to deal with the hurt little girl [I had been],” she said. “So, once I got married, that hurt little girl came out, and I went back to the [ex, who was a drug dealer]. When I came [home] one day, my husband was at the door with suitcases, our two kids, [son, Kory, 3, and daughter, Faith, 2], and my little brother, [Darcell, 9, of whom I have custody], and he said [they] were leaving.”

Speights said she told an uncle what was going on, and he invited her to his house.

“He took me into his room, stood me in front of the mirror, and told me, ‘You can’t look away, you can’t close your eyes, and you can’t move. I need you to just look in this mirror.’ … The more I looked, the more I saw the real Kim, the choices I had made, the path of destruction I was on, and how I could transfer the choices I made onto my daughter. In that moment, I realized I had to change,” said Speights, who then embarked on a “soul searching” mission.

“They helped me figure out my purpose and why God saved me and allowed me to walk away from the drug dealer,” Speights said.

“Why did God not let me kill myself?” she said. “In doing that, I discovered I had to heal that hurt little girl who was never allowed to be a little girl. … I had to deal with the hurt and animosity, the anger and hatred that were still festering in me. I had to deal with all of that because I couldn’t move forward and be a wife and a mom until I did.”

The healing allowed Speights and her husband, Eldred, to reconcile. They have been married for more than 20 years.

Speights grew up in Birmingham’s Kingston community and was raised by her mother, who battled addiction. She attended Shields Elementary School, Anna Dupuy K-8 School, and John Herbert Phillips High School, from which she graduated in 1991.

“Growing up, I was an only child; [my brother was born when I was 21]. My mom and I did not have a good relationship. It was very tumultuous,” said Speights, who had to battle her own issues.

“Because there was no one to affirm me or speak life over me, I looked to boys or men to validate who I was. That landed me into a destructive relationship with a drug dealer.”

Speights would go on to turn her life around, obtain an Associate of Applied Science degree in business administration from Phillips Junior College in Gulfport, Mississippi, and a Bachelor of Arts degree in Christian counseling from Liberty University in Lynchburg, Virginia. And she used her past experiences to help others.

Speights, who also serves as an educational liaison with the University of Alabama at Birmingham Minority Health and Health Disparities Research Center, is currently in the dual master’s program at Ohio Christian University, pursuing degrees in business administration and theology.

Some of her early mentoring sessions for girls began during a partnership with New Beginnings Christian Ministry in Birmingham, and she returned to the Kingston neighborhood where she grew up to empower young girls.

“I wrote a curriculum entitled the Leadership and Mentoring Program; we call it LAMP for short. That program involves social and emotional learning, and it teaches the girls how to build great foundations so they know who they are without their body or man validating them,” Speights said, adding that the program is also based on transforming thoughts, habits, actions, and character, which can transform girls into leaders.

The group met every Saturday and eventually outgrew the space, so they began using the Martin Luther King Center in Avondale and from there moved to Green Acres Middle School. The program was expanded to include young women older than 18 and families of the girls Speights mentored, so she created another curriculum for adult women, called THE END.

“I was doing good with the girls, but they were going back home to dysfunction,” she said. “I started reaching out to the parents, the moms, because 98 percent of our girls are in single-parent homes. I also reached out to the aunts, grandmothers, or whomever the legal guardian was to see what I could do to help them.”

Because of the COVID-19 pandemic, Speights and her team now conduct mentoring sessions via Zoom or other video tools. Still, Speights makes time to see her girls at least once a month with drive-by checkups to make sure they’re OK and see if there is anything they need, such as books to read.

“We’ve made it work, and the girls have been enjoying it,” she said.

As for her own mental health, Speights takes “brain breaks” once a month.

“I physically leave home, whether it’s staying in a [local] hotel room or going out of town by myself—no ministry, no marriage, no kids, no mentoring, no work, no cellphone, no social media,” she said.

For booking or to contact Kimberly Speights, visit www.etoinc.org, email kspeights@etoinc.org, or call 888-512-6706. Her book, “From Dangerous Disastrous Dysfunction to Destiny,” is available at the Amazon and Barnes and Noble websites. 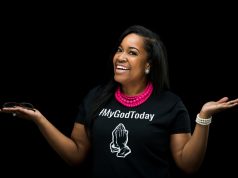 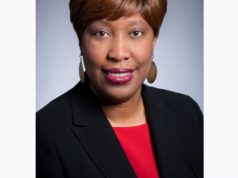 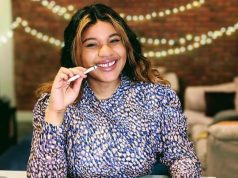