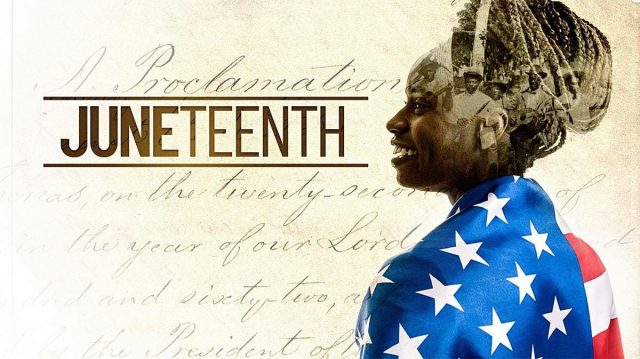 President Joe Biden signed legislation Thursday establishing a new federal holiday commemorating the end of slavery, saying he believes it will go down as one of the greatest honors he has as president.

Biden signed into law a bill to make Juneteenth, or June 19, the 12th federal holiday. The House voted 415-14 on Wednesday to send the bill to Biden, while the Senate passed the bill unanimously the day before.

“This is a day of profound weight and profound power, a day in which we remember the moral stain, the terrible toll that slavery took on the country and continues to take,” Biden said.

Juneteenth commemorates June 19, 1865, when Union soldiers brought the news of freedom to enslaved Black people in Galveston, Texas — two months after the Confederacy had surrendered. That was also about 2 1/2 years after the Emancipation Proclamation freed slaves in the Southern states.

In honor of Juneteenth, 12 quotes about freedom that speak to the importance of remembering the past in order to push for a more equitable future.

Freeing yourself was one thing, claiming ownership of that freed self was another.
— Toni Morrison, “Beloved”

Today on Juneteenth, the day we celebrate the end of slavery, the day we memorialize those who offered us hope for the future and the day when we renew our commitment to the struggle for freedom.
— Angela Davis

I had crossed the line. I was free; but there was no one to welcome me to the land of freedom. I was a stranger in a strange land.
— Harriet Tubman

Liberty is slow fruit. It is never cheap; it is made difficult because freedom is the accomplishment and perfectness of man.
— Ralph Waldo Emerson

You can’t separate peace from freedom because no one can be at peace unless he has his freedom.
— Malcolm X

I prayed for freedom for twenty years, but received no answer until I prayed with my legs.
— Frederick Douglass

Struggle is a never-ending process. Freedom is never really won, you earn it and win it in every generation.
— Coretta Scott King

Freedom is not something that one people can bestow on another as a gift. They claim it as their own and none can keep it from them.
— Kwame Nkrumah

My humanity is bound up in yours, for we can only be human together.
— Desmond Tutu

I had reasoned this out in my mind; there was one of two things I had a right to, liberty, or death; if I could not have one, I would have the other; for no man should take me alive.
— Harriet Tubman

These quotes appeared on inspiringquotes.com