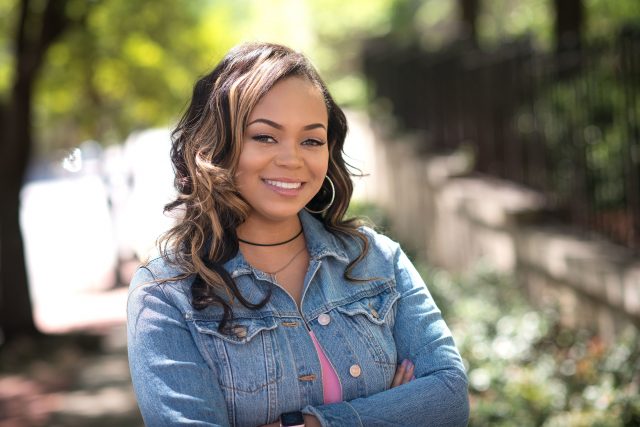 Downtown Birmingham has a new coworking space that’s both steeped in history and focused on the future, thanks to the vision of Danielle Hines, a Birmingham-based attorney, business owner, and military veteran.

Hines is the creative behind CREED63, which offers shared office space and private offices to established and emerging entrepreneurs.

While Hines hopes CREED63, located in the Arthur Shores Law Center in Birmingham’s historic Civil Rights District, will attract business owners who are tired of working from home, she also wants the center to help aspiring entrepreneurs bring their ideas to life.

The grand opening for CREED63 will take place on June 19, alongside events hosted by the Birmingham Civil Rights Institute to commemorate Juneteenth, the day that honors the emancipation of African Americans who remained enslaved two and a half years after the signing of the Emancipation Proclamation. CREED63’s grand opening events will include a vendor market starting at 1 p.m., a press conference at 2:15 p.m., and a ribbon cutting at 3 p.m., followed by guided tours.

CREED63 will offer much more than office space. By partnering with local organizations and financial service companies, the center will also serve as a hub to connect members with local business resources and small-business startup education.

“We’re going to be like a physical Google,” Hines said.

A native of Washington, D.C., Hines knew at an early age that she wanted to be a lawyer

“If you read my high school yearbook, it said I was going to become an attorney,” the 30-something said Hines. “I like to argue and debate.”

Hines also has a knack for reading complicated texts and explaining them to others in a way that’s easy to understand—a skill lawyers must have. “I have a passion for it, and I always have.”

While Hines knew she wanted to be a lawyer, she didn’t how she would pay for the higher education she’d need to make that dream come true. Hines, who has two brothers, said her mom was a single parent, and she didn’t want her mother to struggle with paying college tuition.

“I took it upon myself to enlist in the military,” she said. “I was never in ROTC in high school. I did not know what I was doing. I just signed up because they told me school would be free.”

But military life suited her and made her proud.

“My first actual working day was 9/11,” said Hines, who was tasked with operations support for U.S. military jets. “I remember a sense of pride being that young and having people call on me.”

Today, Hines is an officer in the Alabama Air National Guard.

She went on to study at Florida Agricultural and Mechanical University in Tallahassee, Florida, and then moved to Birmingham in 2007 to attend Miles Law School. After completing law school in 2010, Hines became a law clerk for Judge Helen Shores Lee, the first African American woman to serve in the Civil Division of the Circuit Court of Jefferson County and daughter of renowned Civil Rights attorney Arthur Shores.

“We had a really good relationship,” Hines said of Lee, who died in 2018 at the age of 77. “I didn’t have any family here, but she was like my Birmingham mom.”

Hines passed the bar in 2011 and started her career as an attorney, but she soon realized she had an entrepreneurial spirit, too. In 2015 she launched Party Boutique Kids, a company that plans themed parties for children. In November 2016, she came in second place at REV Birmingham’s Big Pitch contest, winning $5,000 toward her business.

When Hines got the opportunity to purchase the Arthur Shores Law Center, she thought beyond her own business—she envisioned a center that could invigorate the community and provide office space and resources to any local entrepreneurs who needed it.

With a mortgage through a community development financial institution, she purchased the entire 14,000-square-foot building that includes 5,000 feet for CREED63, which is designed to help innovators of the future while also paying homage to the past. One side of the building is dedicated to lawyers and there are two retail sections.

CREED is an acronym for Community, Resources, Entrepreneurship, Education, Development, and the name was inspired by the Rev. Dr. Martin Luther King Jr.’s famous “I Have a Dream” speech of 1963. In the often-quoted speech, King stated, “I have a dream that one day this nation will rise up and live out the true meaning of its creed: ‘We hold these truths to be self-evident, that all men are created equal.’”

To vet her idea, Hines turned to mentors like Damian Carson of Operation HOPE and Elijah Davis of Urban Impact.

“CREED63 is the tangible, triumphant testimony of the Birmingham Movement and the legacy of historic Fourth Avenue,” Davis said.

Next Generation of Black Businesses

CREED63 has the potential to seed the next generation of Birmingham’s history Black Business District.

Hines is honoring and continuing the pioneering legacy of Judge Lee and helping the city as a whole, Davis said: “For the Birmingham market, a practical space with co-located resources, cultural intentionality, and orientation to the empowerment of Black founders and entrepreneurs of color is critical to the identity, continuance, and prosperity of our city.”

Hines believes her experience in law and the military prepared her for the world of entrepreneurship.

“The study of law and the whole process of becoming an attorney builds resilience,” she said, adding that in the military, you are responsible for the progress of your career.

“It’s the same for entrepreneurship,” Hines said. “It’s easy to go get a logo and set up a website and make it all pretty, but if you don’t keep pushing past those first few steps you’re going to be stuck right there.” 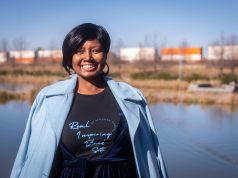 LaKisha Cargill: Ramsay High Grad and The Business of Inspiration 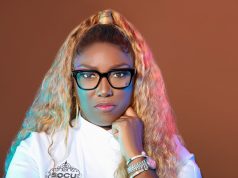 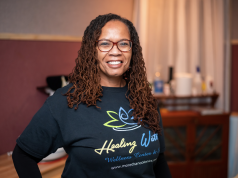 Birmingham’s Elicia Jacob Has A Touch That Renews and Relaxes