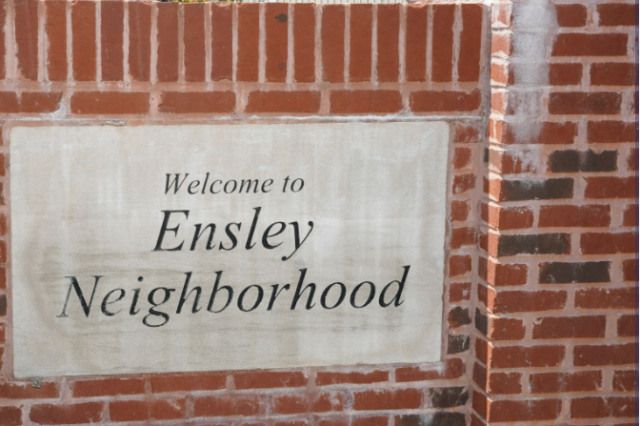 No longer the most populous city in the state, the Magic City saw significant population loss over the last decade, shrinking by around 5% between 2010 and 2020, decennial census data shows. But that population loss isn’t spread evenly across the city – or across racial groups.

Sixty-eight of Birmingham’s 99 neighborhoods lost population between 2010 and 2020, according to census block population data. Those that grew were mostly in the southern and eastern parts of the city, and most of the city’s majority white neighborhoods grew.

There are just 10 majority white neighborhoods in Birmingham. Of those, only one lost population in 2020 – Eastwood shrank by about 10%. None grew faster than Liberty Highlands, in east Birmingham, which more than doubled between 2010 and 2020, growing by 140%.

The growth in white areas reflects a broader trend in Birmingham – the city’s Black population is shrinking.

Birmingham’s Black population shrank by around 18,500 people between 2010 and 2020. That’s a loss of around 12%, a huge decrease for a city that is home to nearly 137,000 Black residents. For comparison, Birmingham’s total population fell by about 5% during that time, and the city’s white population grew by about 3%.

Birmingham’s trend is different from Alabama at large, where the white population shrank by about 1% and the Black population grew by about 4%.

Part of that Black population loss can be explained by a change in the way the U.S. Census Bureau asked and coded questions about race in the 2020 Census, resulting in an increase in multiracial populations across the nation.

But that’s not enough to offset the city’s Black population loss – the number of people identifying as multiracial in Birmingham went up only by roughly 2,700 in the last Census, a small fraction of the missing18,500 Black residents.

Not all parts of the city experienced Black population loss.

A section of neighborhoods in northeast Birmingham, including Roebuck, Roebuck Springs, Huffman and Spring Lake all added hundreds of Black residents. Those same neighborhoods saw declines in white population over the same time, while places like Oxmoor, in southwest Birmingham, saw big increases in both white and Black populations.

“I’m not surprised to hear it,” said Dr. Nyesha Black, director of socioeconomic analysis and demographics for the Center for Business and Economic Research at the University of Alabama, speaking about Birmingham’s falling Black population. She said there are a number of things happening in Birmingham that help explain this shift.

“Birmingham is unique,” she said. “The Black population here is older… so you’re going to have some decline just by nature of aging in place.”

That’s likely what’s happening in western, northern and central Birmingham, she said. She also said Birmingham’s Black population has a “gap” among age groups – there are a lot of older people and younger people, but not as many in the middle.

“That middle age population, what we would call the child-bearing age population, is a lot smaller than what you would see in other municipalities,” she said. She said those people might be moving away from the inner city in search of better schools, especially in Birmingham’s suburbs.

That’s a theory that appears to be supported by the wider Census data for Jefferson County.

Most of Birmingham’s nearby suburbs saw Black population growth from 2010 to 2020 and Jefferson County as a whole grew over the last decade.

Of the 19 Birmingham-area cities with at least 10,000 people, only four – Bessemer, Fairfield, Irondale and Mountain Brook – saw Black population decline.

Five of those cities saw their Black populations roughly double or even triple during that time, including Clay, Chelsea, Trussville, Gardendale and Pelham.

When people in Birmingham leave to find better schools, though, it can create a “feedback loop,” Black said. People leaving affects local property taxes, which are often used to fund schools, she said.

There are other reasons why Black people might leave Birmingham, Black said. One could be the closure or lack of new leases being given at public housing projects in the city.

“That is a concentration of people in a block or neighborhood that may have been split in half,” she said. “And from what we know about the history of public housing in this country, that is a predominantly Black population.”

She said the movement of people from areas where these housing units closed to places like Roebuck and Huffman, where apartments built in the 70s are getting older and slightly more ‘affordable’ could help explain some of the movement. But some of those people are also likely moving out of the city limits, she said.

“Some people may opt instead not to move over there, or they may find housing somewhere else. That may mean outside the city, in the suburbs,” she said. “Some people might take it as an opportunity, since they’re being forced out of public housing… And that’s going to continue.”

She mentioned the closure and redevelopment of the Southtown Projects in Birmingham’s Southside neighborhood, and said it’s part of a national trend away from large housing projects.

“Nationally, that’s the model for housing to switch from public housing units to voucher systems,” she said.

All those changes combined result in an emptying out of much of Birmingham’s inner core. A city that peaked at over 340,000 people in 1960 is now home to just 200,000, but has a housing inventory for a much larger population. Black said local governments need to be proactive to keep those houses from becoming vacant and turning into blight – an issue Birmingham has faced in recent years.

The 2020 Census race data also highlights just how segregated Birmingham is. Forty-three of the city’s 99 neighborhoods are at least 90% Black.

Eighty-Four neighborhoods are at least 75% one race. There are just three neighborhoods in the city that are truly diverse, where neither white nor Black residents make up a majority – Roebuck Springs, Oxmoor and Glen Iris.

This neighborhood analysis looks at block level Census data. New privacy measures implemented by the Census in 2020 mean numbers at the block level are likely not exact, so the raw numbers here are imperfect, but overall trends are still useful. There were also a number of blocks in the Birmingham area that didn’t fit perfectly into neighborhood boundaries, but those blocks didn’t have substantial impacts on population counts.

Birmingham’s population has been declining for decades, but Black said she thinks the so-called “bleeding” has stopped – that she doesn’t expect the city to continue rapid population loss. She said that Birmingham needs to come to terms with what it is now, and be proactive in how it approaches urban planning.

“Maybe we have to be more conscious and considerate of our urban planning. Are we going to invest in the urban core, and maybe have less on the edges, or are we going to have these pockets of blight with no in-between?” she said.

She said the city has to address urban planning in a way that doesn’t rely on population growth.

“This is the reality of our new population,” she said.

Do you have an idea for a data story about Alabama? Email Ramsey Archibald at rarchibald@al.com, and follow him on Twitter @RamseyArchibald. Read more Alabama data stories here. 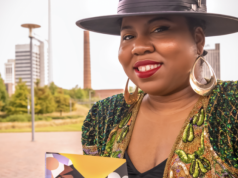