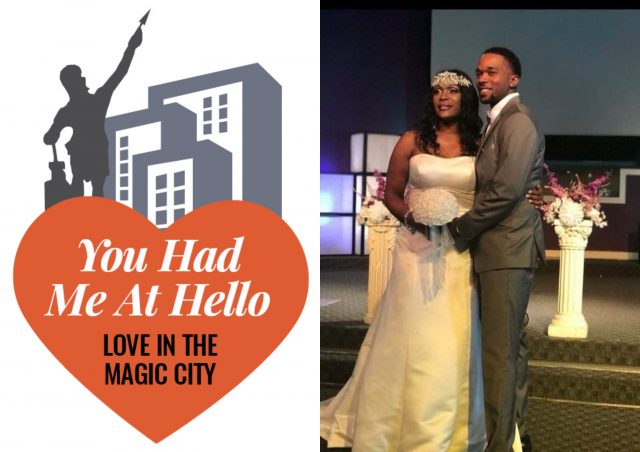 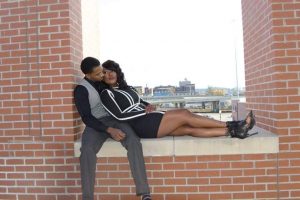 Met: On Oct. 17, 2015, at the Vault nightclub in downtown Birmingham at Tosha’s ‘Boss Lady Brunch’ event.

Michael said he and Tosha were set up by a mutual friend, who had given them each other’s Facebook information, but the first thing he thought when he saw her in person was ‘I’m in trouble because she’s beautiful.’ Her attitude and mindset were incredible, and I just watched her parade around her event doing her thing… She had a lot going on [at the event], singing, speaking, and I knew she put everything together. Then, her mother, Debra, recognized me from my [Facebook profile] picture and took me over to Tosha and formally introduced us while she was making some little [goodie bags] and the first thing I thought was I could really be helping her out,” Michael said.

“I had shown my mom his picture [on Facebook] a couple of weeks before my event, and my mama was ready for me to settle down, and I wasn’t moving quick enough for her, so she intervened and got Michael’s number and invited him to the event so we could finally meet. And when she saw him she immediately brought him over to me, she didn’t care that I was working my event, she was playing matchmaker,” Tosha said. “I wasn’t really paying attention to him because I was busy so we met up the next day.”

First date: The following day at Tosha’s mom’s house in Center Point; Tosha invited Michael over to a party her mother was throwing.

“I was really intentional about spending some time with him because I didn’t get to at my event. And when he took his jacket off I said ‘Lawd’ because he was fine-fine, and I was thinking ‘okay, I can do this’.  We talked from about 8 o’clock that night until 5 ‘o’clock in the morning when he had to leave for work. We talked about so many different things and had so many common interests. We talked about things we were both going through in our lives, working out because we both loved the gym, music, both of us had gone through similar things in our previous relationships and our marriages… We slow danced that night, and it was really deep . . .  and it felt like we were friends from the jump,” Tosha said.

“We were both on a path of building spiritually, in both of our previous marriages we were immature spiritually, and in relationships that were not conducive to our purpose. And connecting on that [spiritual] level felt so purposeful, but we were just enjoying the potential of being friends,” Tosha said.

The turn:  November 2017. After being separated for three months . . .that was the first time we had been separated like that in almost two years” said Tosha, and it showed me that I wanted to spend the rest of my life with him,” she said.

“I had already believed that once we went through [our separation], we were supposed to be together and that it was up to me to stand up as a man and be strong and go get her, rather than her having to reach out to me. I pursued the relationship then, and put everything on the line even more and fought for us,” Michael said.

“At that time, I had rededicated my life to God because that whole breakup had me reevaluating myself and what I wanted. So when he came back I was [for it], but I didn’t want to be in a relationship that was unpurposeful or not in the will of God… I loved him, but if it wasn’t the path God wanted for me or my life, then I’d have to release him. So I went to God and told him I needed His help,” Tosha said.

“We hadn’t spent time together in a long time so we decided to take a trip to Gulf Shores to talk everything out, and we discussed having a blended family, the businesses we were constructing, and we wanted out of life. We put everything on the table and decided to move forward with the relationship,” Michael said.

“I got with Mama Debra first and she agreed to me marrying her daughter, and she [Debra] reached out and got everybody together to watch the Iron Bowl and see me propose to Tosha in front of her whole family, and she was so shocked,” Michael said.

“I was shocked because we were just coming off of the whole separation, and had just gotten back from Gulf Shores [Ala.], but I was excited, overjoyed, and emotional. I was also nervous because I didn’t know if marriage was what I needed. But afterward, I went home and prayed and had a conversation with God and myself, I knew in my gut that [Michael] was my husband,” Tosha said.

The wedding: At Agape Worship Ministries in Center Point, officiated by Pastor- Overseer Eric Harris. Their colors were purple, silver, and cream.

Most memorable for the groom was being upset with his bride on their wedding day. “I was at home cooking food for the wedding, it was storming outside and I was mad at my bride,” Michael said. “We were fussing about something (I can’t remember what), but we made up and ended up having a blissful day. And literally, after we said ‘I do’, it cleared up, and when we walked out of the church it was sunny like the bad weather had never happened,” Michael said.

Words of wisdom: “Put your wife first and let yourself die. I know that’s a hard thing to do, but you gotta live, learn, and grow. Divorce your upbringing! Unlearn it, forget about it, wake up and start something new,” Michael said. “As a husband, you have to think about your wife’s well-being. Serve, think about what will make her happy, and do it in gratitude. Hopefully, you marry a like-minded partner so that both of you will be striving to do the same. I implemented something I call ‘Meltdown Mondays’. On Mondays I do something special for my wife, whether it’s a date night, a gift, or a massage, I just cater to her by doing something simple that she’d enjoy because it suits my well-being.”

“Marriage is a dimensional transition. Me and my husband produced a song called ‘We’re Staying’, and you have to stay and stand on the Word of God. If you’re not willing to die (to self), your marriage will always be on life support. All of your old habits and old ways have to die in order to live and succeed in marriage because marriage is ordained by God and you have to put Him first. God has to be the first vessel in your marriage because you can’t live in this world or dwell in marriage alone; you need God. You need guidance, you need biblical principles, you need the Word, and that blueprint in order to be a good wife or husband.”

Tosha added that she has two birth children that were adopted by family members “that I genuinely love as though they were with me every day.”

Tosha, 41, is a Center Point native, and Huffman High School grad. She is certified in Quality and Technology for Automotive Manufacturing and works as a Quality Engineering Supervisor at NRTC Automation in Birmingham. Tosha is also an author, and published the book ‘Finess Your Fine’, runs Birmingham-based Health & Nutrition business with her husband, and co-hosts their podcast, ‘Heart2Heart’.

Michael, 39, is a Center Point native, Huffman High School grad, and attended Gadsden State Community College, where he earned a certificate in information technology. He works as a machinist at Imaging Business Machines in Irondale and runs Birmingham-based Health & Nutrition business with his wife, and co-hosts their podcast, ‘Heart2Heart’. 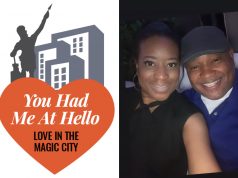 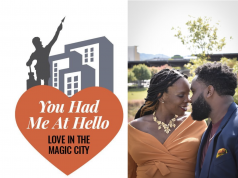 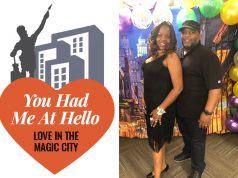