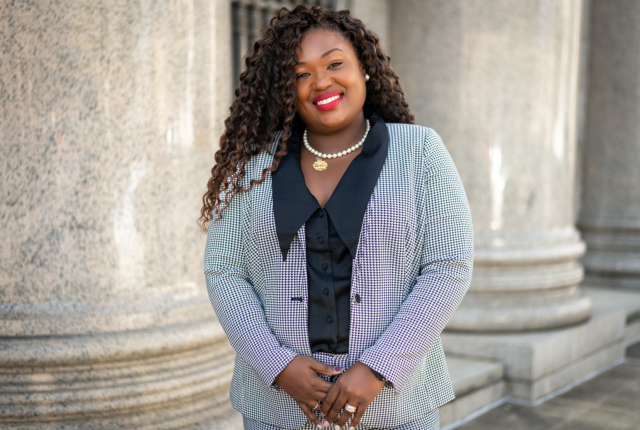 Asked where she’s from, Keshee Dozier-Smith, CEO of The Rural Health Medical Program, a group of community health clinics, describes herself as an “all-over Alabamian.”

“I typically say Uniontown, but [some of] my family is from Perry County. … I even lived in Tuscaloosa some years of my childhood. … Eventually, I relocated to Selma, where I currently reside,” she said.

Having grown up in a rural area in some ways prepared Dozier-Smith for her role as CEO of The Rural Health Medical Program, commonly called Rural Health, a group of South Alabama community health clinics that help to “bridge the gaps of inequalities” she said.

“I remember going to the doctor at the Rural Health Clinic, and it was a decent experience,” said Dozier-Smith, about growing up in Uniontown in the 1990s. “The doctor I saw at the time is still there now, … but when I came back home, after spending some time living life, I noticed that the health care resources hadn’t expanded as they should have, or they simply were nonexistent.”

When visiting rural communities, Dozier-Smith asks herself: “How do I fix it all? How can I provide the services that [people in the community] so desperately need? Health care is so crucial to life. Health equals life, and if you don’t have those resources, you cannot live as you should.”

Through Rural Health, Dozier-Smith and her team of 70-plus provide primary and preventive medical care, regardless of insurance status, in addition to offering social services, transportation to and from appointments, and assistance with finding housing. It also offers dentistry, podiatry, and optometry, as well as telehealth services for mental and behavioral health.

“We have coverage areas by counties,” said Dozier-Smith, who has been the organization’s CEO for the past five years. “I am in the heart of the Black Belt, so I cover six counties [Clark, Dallas, Perry, Wilcox, Monroe and Marenga]. I have eight brick and mortar health centers, one mobile unit and one on the way.”

In addition to her role with Rural Health, Dozier-Smith has her own nonprofit: The Black Belt Community Development Coalition. She sits on numerous boards, as well, and serves on the 7th Congressional District Coronavirus Task Force with U.S. Rep. Terri Sewell (D-Alabama).

Dozier-Smith also was recently honored by the Women’s Fund of Greater Birmingham, now the Women’s Foundation of Alabama, for her efforts with Rural Health.

Dozier-Smith, 35, was born into a family of educators and attended Selma High School, which she graduated from in 2004. During her formative years, she learned several valuable family lessons.

“My mom and grandmother were teachers, and my dad struggled with [substance abuse] my entire life,” she said. “I saw him in and out of the penal system, … on and off drugs. My mom was just trying to hold her family together. My father is now sober, has reconnected with [our family], and has his own construction company.”

In fact, Dozier-Smith’s brother, Kyle Dozier, 31, has followed in their father’s footsteps and is now in the construction business.

Speaking about her mother, who taught third and fourth graders at Central Elementary School in Tuscaloosa, Dozier-Smith said, “[My mother, Ira], always attracted children that were going through [problems], even when the children didn’t know [my mom] was going through her own problems. … Several of those children went on to graduate and become amazing people. … When we go back to Tuscaloosa, … go back to Uniontown, my mom runs into her students, and they’re so thankful for her taking them on trips, taking them to lunch, paying for things, or helping them with schoolwork.”

During her senior year at Selma High School, Dozier-Smith spent a majority of her time volunteering in her community and applying for college scholarships.

“I was doing service projects,” she said. “There were organizations in Selma, such as the Zeta Eta Omega Chapter of Alpha Kappa Alpha [Sorority, Inc. (AKA)], which had mentoring groups … that basically taught young girls how to be leaders, how to do professional speaking, how to go out in the community to create programs, mentor children, and even participate in beautification projects.

“They taught us how to carry ourselves as young girls at different social events. … I was part of this group through middle school and high school. It was kind of like a rite of passage and an overall great experience.”

Dozier-Smith had plans to attend Auburn University in Auburn, Alabama, when an acceptance letter from Spelman College, a private, historically Black women’s liberal arts college in Atlanta, Georgia, came in the mail. She also was offered a partial scholarship.

“It was a service-driven scholarship, and for four years I was a community servant-leader organizing community services,” she said.

What Dozier-Smith didn’t see at the time, she said, was “how God was working in my life, …  how he was turning me into this servant leader at a young age, getting the foundation.”

At Spelman, Dozier-Smith majored in business administration with a minor in economics.

“Spelman was very unique,” she said. “Everything was crafted to mold and shape you into the woman that you were going to eventually become. … They really made it engaging and fun, and you met your lifetime, lifelong friends in that setting, as well.”

Dozier-Smith was initiated into AKA in the spring of 2008, and she had a job offer by the time she graduated in May of that year. She went to work for Accenture, an information technology company in Houston, Texas, married her high school sweetheart, and had a son and a daughter.

Dozier-Smith found that the corporate world was not for her, however. “My passion was somewhere else,” she said. “I saw my path aligning to bringing my talents back home, working in the communities where I grew up.”

In 2016, she and her then husband decided to move back to Selma to be closer to family. The couple acquired a piece of Selma history when they bought a 100-year-old bungalow “not far from the Edmund Pettus Bridge,” the site of 1965’s Bloody Sunday, when state troopers brutally attacked Civil Rights activists as they embarked on a march from Selma to Montgomery in pursuit of voting rights for African Americans.

After relocating, Dozier-Smith had plans to be a stay-at-home mom. Her husband was working on his trucking company when their third child was born.

“I was a stay-at-home mom taking care of my children, but I was one onesie and diaper rash away from losing my mind. I needed to go back and work,” said Dozier Smith, whose children are now 10 (Tavarius Jr.), 8 (Kahlan), 5 (Khariyah), and 4 (Kallie).

Eventually a family friend showed her an ad for an open position as CEO of The Rural Health Medical Program, a nearly 40-year-old group of community health centers.

In her position as CEO, Dozier-Smith can do what she loves: “Give back and serve.”

“[Life is] an amazing journey,” she said. “Be the best version of yourself and enjoy your journey.” 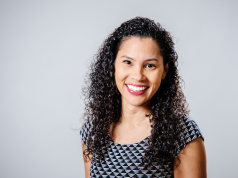 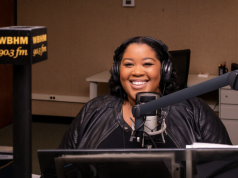 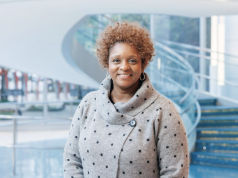