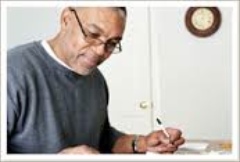 Over the last few decades, numerous studies have revealed that education is the best indicator of lifetime earnings of individuals. The Bureau of Labor Statistics estimates that median weekly earnings of individuals with bachelor’s degrees were approximately $400 higher than that of high school graduates in 2012. But workers with professional degrees had weekly earnings about $1,100 higher than those with only a high school education.
Now, new research from a variety of federal agencies indicates that education also increases the amount of retirement income. This is underscored by U.S. Census data for the period 2000 to 2011. Income in the Census study excludes Social Security benefits.
On average, college graduates received $8,482 in retirement income annually not including Social Security. This was $6,500 per year greater than that of high school graduates. Moreover, each additional year of education increased expected non-Social Security retirement income.
The Survey of Consumer Finances published by the Federal Reserve verifies that persons with more education not only have more retirement income. They also  have more financial assets than those with less education.
To understand the importance of education, data compiled by the Social Security Administration indicate that 60 percent of elderly individuals have no retirement income other than Social Security. The Social Security Administration also estimates that each year of additional education reduces the probability of having no retirement income by 3 percent.
In addition to education increasing retirement income, Census data indicate health benefits are associated with additional education. Among those greater than 65 years of age, college graduates are 6.2 percent less likely to have problems with independent living than high school graduates. And college graduates are 21.8 percent less likely to have independent-living difficulties than those with an 8th grade education.
All of the above should be good news to those currently attending college. It should mitigate some of the anxieties students might harbor about finding a job in the current environment as well as repaying their college debts.
The studies also have special meaning for those who are still in high school. And they should encourage them to seek additional education if they want to earn more income, have greater retirement benefits, and enjoy a healthier life.

Wayne Curtis, Ph.D., a former superintendent of Alabama banks and university business school dean, is retired from the board of directors of First United Security Bank. He may be contacted at wccurtis39@gmail.com.