DETROIT – Fun can come in small packages and in this case it is the Fiat 500c Abarth Cabrio.
A 160 horsepower 1.4-liter turbocharged four-cylinder engine that made 170 pound-feet of torque doesn’t sound like much oomph. But put it under the hood of a 2,512 lb. micro car and you’ve got a bullet on four wheels.
The test car had what Fiat called a track proven five-speed manual gear box that was easy to shift and its 3.35 final-drive ratio meant that the fifth gear was overdrive. In other words, the car could be driven in fourth gear much of the time.
That power and that gear ratio combined to make for an awfully quick little car. Zero to 60 mph time was in the low seven seconds range, so said Fiat. But around the streets here, the Fiat Abarth approached three digit speeds effortlessly.
Another part of the fun was that the test car was the cabrio (convertible) version of the Abarth, there is a hard top.
But the cabrio had a canvass roof. Much like a sunroof, it slid to the back of the car below the C-pillar rather than lift-off and then retracts. Most people were surprised when the top slid back, the taunt canvass made the car look like a two toned hard top.
Fully automatic, the top would retract to its half-way point at up to 60 mph. It would fully retract at speeds up to 50 mph.
The car’s performance gear included a MacPherson suspension with one-third stiffer front springs and a 0.6 inch lower ride height. Cast iron front lower control arms for lateral stiffness and an increase negative camber to -1.5 degrees improved the car’s grip and handling. The Fiat Abarth was track ready.
Larger brakes and wider tires added to an aggressive look and enhanced the Abarth Cabrio’s performance. The car’s ride was firm without being stiff. Handling was precise but just short of feeling like a Go-kart and acceleration was quick without being brutish.
The interior was comfortable. The front seats were big for a car this size, they had an easy chair feel but provided plenty of support. The Fiat 500 Abarth Cabrio is listed as a 2+2 on its spec sheet. That’s another way of saying the rear seats are good for kids and car seats. In the case of the test car, the rear seats looked like they would have done a nice job carrying groceries. But that’s OK; this car is meant for the driver and one friend at the most.
It had a sport mode. Push the button on the instrument panel and the turbo increased torque from 150 foot-pounds to the full 170 foot-pounds with linear throttle response and performance weighted steering. When not engaged, normal mode limits the torque in first and second gear for better fuel efficiency and minimizes CO2 emissions.
The Abarth had a more pronounced front fascia with an additional air intake. Of course, there was Abarth badging. Intercoolers were visible through the twin nostril inlets. Side skirts were part of the appearance package and a spoiler extended the roofline. There were also dual tipped exhausts that had an aggressively tuned exhaust note.
Inside, the steering wheel featured a thick rim, perforated leather and a flat bottom. A large concentric instrument cluster was in front of the driver and it was the only quibble with this car.
The speedometer was on the outer ring but it was difficult to pick up at a glance and the digital speed read out was so small it wasn’t easy to pick out either. This car is too quick not to know at an instant how fast you’re going. It may save you a speeding ticket.
Aluminum pedal covers featured rubber trim for a decidedly racing look, while the leather shift knob was easy to grip and had a good feel. And for 2013, the Beats by Dr. Dre high definition audio system included six speakers, an 8-inch dual subwoofer and eight channel amplifier.
The voice controls also pass the one syllable name recognition test. After giving it a name from the phonebook of the smartphone it was connected to, it came back with the correct name and number and asked for a command to make the call.
Not bad for $26,000. Add on the optional equipment that included heated front seats, automatic temperature control, the Dr. Dre audio system, satellite radio and TomTom navigation and the total as tested was $31,100. 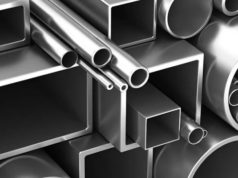 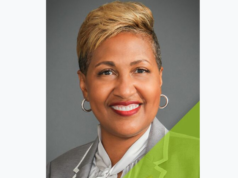