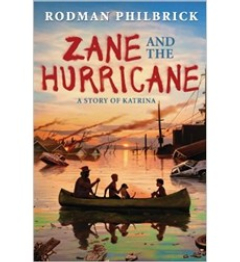 Newbery Award Winning author, Rodman Philbrick has written an emotionally gripping children’s tale that takes place during one of New Orleans’ must shocking events. Zane and the Hurricane: A Story of Katrina is the title of this engrossing novel that is told through the eyes of a multiracial 12-year-old. It is an amazing tale of hope against all odds.
Zane is your average preteen. At his mother urging, he leaves the comforts of his New Hampshire home and goes to New Orleans.  It is here, he will meet for the first time Miss Trissy, his paternal grandmother.  This trip, his mother feels, will be very special since his father died before he was born. Zane agrees only if he can take his dog – Bandit. Unfortunately for Zane and Bandit, Hurricane Katrina hits New Orleans during their visit.
While the city quickly floods, Zane and Bandit are separated from Miss Trissy and alone in an attic.  Eventually they are rescued by Malvina, a precocious little Black girl and her godfather Tru, a local musician.  Together the unlikely company canoes through flood waters infested with dead bodies and poisonous snakes in search of food and dry ground.  Along the way, they encounter dangerous people who will resort to primal basic instinct in order to survive.  The outcome is a valiant lesson of survival.
Rodman Philbrick has written a story that addresses a number of societal issues such as morals, class, racial profiling and others.  This he did on a level where ages 10-14 can easily understand. Although the characters portrayed are fictional in nature, the destruction and devastation caused by Hurricane Katrina are real.  Thus said, Zane and the Hurricane is a must read for all youths.
The Mostly True Adventures of Homer P. Figg is Rodman Philbrick’s award winning title. His other titles include Freak the Almighty, The Young Man and the Sea, The Last Book in the Universe and The Fire Pony. His time is split between Maine and Florida. 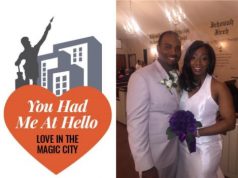 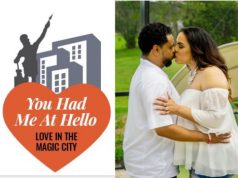 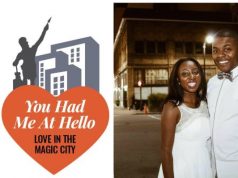