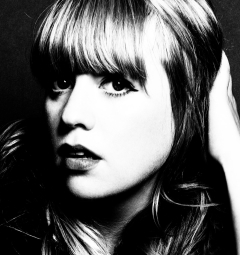 Enjoy the Holiday Season with family and friends!

OAK MOUNTAIN FESTIVAL OF LIGHTS – The Oak Mountain Festival of Lights opens Thanksgiving night through December 28.  The nights are November 27-30, December 4-6, December 11-14 and December 18-28.  Experience a true Winter Wonderland with a Trail of Lights over a mile long featuring millions of twinkling lights in dazzling holiday displays featuring a Live Nativity and Real Snow that you can enjoy from the comfort of your own car.  At the end of the Trail of Lights, families can enjoy Bud’s Best Cookies Holiday Village with free samples of cookies and milk, with complimentary popcorn, hot cocoa, arts and crafts, vendors, train rides, live entertainment and more.  Take the entire family and get into the holiday spirit while indulging your inner Clark Griswold.  Special priced advance tickets on sale at participating Walgreens for $15 per car through December 18.   For more go to: www.Oakmountainfestivaloflights.com.
LAUGHTER IN DA HOOD EVERY THURSDAY – Comedians from all walks of life will be at TIDE AND TIGER for ‘Laugher in Da Hood’ every Thursday, 7 p.m. with a chance to win concert tickets, gift certificates, gift cards, t-shirts, drinks, food and more.  Call (205) 503-3880 for more.
COMEDIANS INTERESTED IN BEING DISCOVERED… AND SEEN….Email me at thelewisgroup@birminghamtimes.com and also gwenderu@yahoo.com.
39th ANNUAL PARADE OF LIGHTS – Enjoy the festivities of the season with a Boat Parade, 6 p.m. and a holiday buffet in Daniella’s in the Joe Wheeler State Park beginning at 4 p.m.  Call (256) 247-5461 for reservations and more info.  (Check out the Alabama State Parks website: www.alapark.com for more activities)
CHRISTMAS CAROL SERVICE – Join others at the 79th annual BSC Carol Service to help ring in the Christmas season.  One of Birmingham-Southern College’s oldest traditions, the Service of Lessons and Carols, will be held Friday, Dec. 5, at 7:30 p.m. and Sunday, Dec. 7, at 4:30 p.m., by the Concert Choir, Southern Chorale, and BSC Alumni Choir. Profs. Jeff Kensmoe and Lester Seigel are leading the choirs, Rev. Jack Hinnen is serving as liturgist, and Prof. Leon Couch is organist. Child care is available by advance reservation for the Sunday service by calling 874-1546 by Dec. 5 at noon. The 90-minute services will be held at Canterbury United Methodist Church, located at 350 Overbrook Road in Mountain Brook. The event is free and open to the public. For more information, call (205) 226-4957.

ALEXZ JOHNSON AT THE NICK – Canadian native Alexz Johnson will be performing at The Nick on Monday December 1 at 9 p.m. in support of her recent album release LET ‘EM EAT CAKE (produced by David Kahne). Alexz Johnson is an independent Canadian singer/songwriter and actress based in Brooklyn, N.Y.  With a unique, soulful pop sound and passionate songwriting style, she is referred to as a modern-day Stevie Nicks with the vocal style of Aretha Franklin.  Her acting success in TV and film as a young adult helped Alexz garner a massive and loyal international fan following. 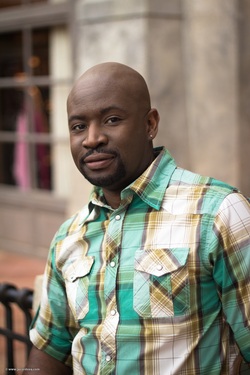 FOR LOVE OF LAUGHTER…THIS WEEKEND… Or coming soon…Don’t miss any of the LAUGHTER AT THE STARDOME COMEDY CLUB…  Check out, CED DELANEY Tuesday and Wednesday with JONATHAN SLOCOMB , this weekend.
Ced Delaney has been co-host of several radio morning shows and has appeared on BET’s “Comic View”. He’s performed at Improv Comedy Clubs across the country, hosted monthly comedy nights at WorkPlay (Birmingham, AL) called The “Ced Delaney.COMedy Nite”, “Tickle Tuesday’s” at The Comedy Club StarDome(Birmingham, AL), and Jokes and Jazz (Desoto, TX). His other TV appearances includes the host of the “UPN Sunday Movie Showcase”, as well as the weekly televised “SWACtacular” which covers all events in the Southwestern Athletic Conference (SWAC).
Slocomb’s hilarious and creative routine embodies wholesome, family-oriented entertainment. Reminiscent of the late Sammy Davis, Jr., Jonathan’s high-energy show incorporates dance, song, and monologue. Companies such as AT&T, Bristol Myers, Daimler-Chrysler, Essence Communications, as well as organizations like NAACP, Urban League, National Dental Association, Congressional Black Caucus, and National Association of Black Journalists call on Slocomb to host their events because a quality, non-offensive performance is guaranteed. Jonathan Slocomb is currently on tour with the hit stage play, Cheaper To Keep, co-starring alongside Vivica Foxx and Brian McKnight.
FOR MORE LAUGHTER…NEXT WEEK, check out December 2-3, 5-7 and 9-14, December 18-20 – HENRY CHO, December 26-31 – HEATH HYCHE, January 2-4 – GARY OWEN, January 22 – StarDome Concert Series, and February 7 – MIRANDA SINGS.  Tell Bruce that Gwen sent you!!  Call (205) 444-0008 for more.
ENJOY THE WEEKEND…and ‘every’ day as much as you can!!     I WILL!!
NOW…. a BIRTHDAY SHOUT OUT FOR NOVEMBER! HAPPY BIRTHDAY SAMUETTA DREW, TODD CODER, DEL DAVIS, HELEN OLAKETI MARIAH SHISTE-PETTAWAY, STATE REPRESENTATIVE ROD SCOTT, VANEATRIA McKINNON and KATHY TIMES.  HAPPY BIRTHDAY TO ALL CELEBRATING!!  THIS MEANS YOU… HAPPY BIRTHDAY TO ALL YOU BIRTHDAY BALLERS…MANY, MANY MORE HAPPY BIRTHDAYS!!  ENJOY!!