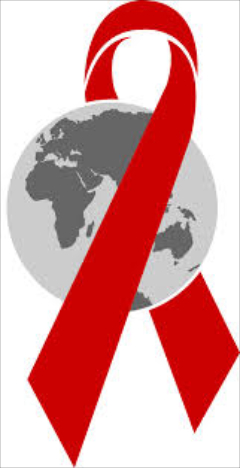 In 2013, 2,300 babies were born with HIV in the region, down from 10,700 in 2001    WASHINGTON, D.C. (PAHO/WHO) — The number of babies born with HIV in Latin America and the Caribbean declined by 78 percent between 2001 and 2013, according to a new report from the Pan American Health Organization/World Health Organization (PAHO/WHO) and the United Nations Children’s Fund (UNICEF). The report, Elimination of Mother-to-Child Transmission of HIV and Congenital Syphilis in the Americas, takes stock of progress in the region’s countries toward the elimination of mother-to-child transmission of HIV and syphilis.   Using data from PAHO, UNICEF and UNAIDS, the report estimates that 10,700 babies were born with HIV in Latin America and the Caribbean in 2001. By 2013, the number had declined 78 percent to just over 2,300, representing around 5 percent of all babies born in the region to mothers with HIV. The countries and territories of Latin America and the Caribbean have set the collective goal of reducing that proportion to less than 2 percent by 2015. So far, nine countries and territories have reached that goal: Anguilla, Barbados, Canada, Cuba, Jamaica, Montserrat, Puerto Rico, Saint Kitts and Nevis, and the United States.   “Ensuring that all children in the Americas are born HIV-free is possible, and countries have already made progress toward that goal,” said Massimo Ghidinelli, chief of PAHO/WHO’s HIV/AIDS, Sexually Transmitted Infections, and Hepatitis Unit. “We need a final push to ensure that 100 percent of pregnant women have access to sexual and reproductive health services, including HIV testing and antiretroviral treatment, which can save their lives and reduce the chances of transmitting the virus to their babies.”   In 2013, 87 percent of the 11 million women who gave birth in Latin America and the Caribbean attended at least four prenatal visits, a benchmark for adequate prenatal care. An estimated 74 percent had access to HIV testing and counseling – up from 62 percent in 2010 – and 93 percent of HIV-positive mothers-to-be received antiretroviral treatment, a significant increase over the 59 percent who received treatment in 2010 and only two percentage points short of the target for 2015.   “The region of the Americas has strong health systems, and many women are accessing prenatal care not just once but four times,” said Chewe Luo, UNICEF’s top expert on HIV. She cited the integration of HIV testing into health systems as another success story in the Americas, but said gaps remain in providing prenatal services for adolescent girls.   Progress toward elimination of congenital syphilis   The countries of Latin America and the Caribbean made more modest progress toward the elimination of mother-to-child transmission of syphilis, which can be prevented through early detection and treatment of affected women. Fifteen out of a total of 50 countries and territories in the region have achieved the goal of no more than one in 2,000 babies being born with syphilis, the target set for 2015.   Among women who received prenatal care in reporting countries, more than 80 percent were tested for syphilis. This level of coverage has been stable since 2011 but falls short of the target coverage rate of 95 percent.   Very few countries report data on the number of pregnant women who have syphilis and are receiving treatment. Among the countries that do, the proportion varies from 13 percent to 100 percent with seven countries and territories reporting that 95 percent or more of pregnant women with syphilis received treatment in 2013.   The report notes that further progress in reducing mother-to-child transmission of syphilis will require improvements in early access to prenatal care, increased use of rapid syphilis testing – a simple procedure that can be performed on site – and better follow-up for women who test positive.   Ghidinelli said PAHO/WHO will redouble its efforts to mobilize resources to help countries eliminate mother-to-child transmission of HIV and syphilis.   PAHO, founded in 1902, is the oldest international public health organization in the world. It works with its member countries to improve the health and the quality of life of the people of the Americas. It also serves as the Regional Office for the Americas of WHO.  *Source: Elimination of Mother-to-Child Transmission of HIV and Congenital Syphilis in the Americas, based on data from PAHO, UNICEF and UNAIDS.