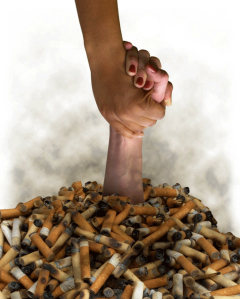 Quitting smoking is hard, but you don’t have to do it by yourself. The Alabama Department of
Public Health (ADPH) offers state residents free help to quit, including coaching and two weeks
of nicotine patches, if eligible.
The Alabama Tobacco Quitline – 1-800-QUIT-NOW – is available every day from 6 a.m. to
midnight. Calls placed after these hours or on holidays will be returned the next business day.
For those who prefer electronic help, the same Quitline services are available online at
QuitNowAlabama.com.
Almost one in five adults in Alabama use tobacco. According to the 2013 Adult Tobacco Survey,
more than 54 percent of Alabamians who smoke said they tried to quit at least once during the
past year. Centers for Disease Control and Prevention data shows that there are now more
people who have quit smoking than there are current smokers.
“The benefits of quitting smoking are almost immediate,” said Bret Stanfield, communication
coordinator for the Tobacco Prevention and Control Program at ADPH. “Your heart rate and
blood pressure drop within an hour and your circulation improves in a matter of weeks. Longterm,
smokers who quit enjoy several major health benefits such as reduced risk of suffering
from lung cancer and coronary heart disease. Also, by quitting smoking you could potentially
save hundreds, if not thousands of dollars a year.”
Since 2005, the Quitline has helped thousands of Alabamians quit smoking. Callers are required
to participate in coaching sessions to receive the free nicotine replacement therapy patches.
“Many studies have shown that you are twice as likely to quit if you receive coaching along with
patches,” Stanfield said. After beginning coaching, the patches are mailed to the caller’s home if
the caller is medically eligible.
Tobacco use is the single most preventable cause of death in the United States. Each year,
7,500 Alabamians die from smoking-related causes. According to the CDC, for every person
that dies, 20 people are suffering from at least one serious tobacco-related illness.
Since the first Surgeon General’s report on smoking and health was published in 1964, more
than 20 million Americans have died because of smoking. The new report issued this year said
active smoking is now causally associated with age-related macular degeneration, diabetes,
colorectal cancer, liver cancer, adverse health outcomes in cancer patients and survivors,
erectile dysfunction, ectopic pregnancy, rheumatoid arthritis, and impaired immune function. In
addition, exposure to secondhand smoke has now been causally associated with an increased
risk for stroke.
For more information on quitting, contact the Quitline at 1-800-784-8669.