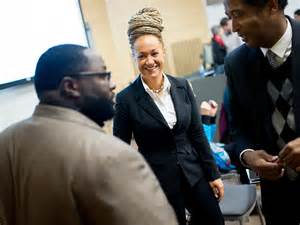 (CNN)The racial identity of one of the most prominent faces in Spokane, Washington’s black community is under question after her parents produced a birth certificate that showed she is white.

Rachel Dolezal, 37, is the head of the local chapter of the NAACP and has identified herself as African-American. But her Montana birth certificate says she was born to two Caucasian parents, according to CNN affiliate KXLY, which also showed an old family photo in its report.

Dolezal has represented herself as at least part African-American in an application for the police ombudsman commission.

And she has presented the public with a different family photograph posted to the local NAACP chapter’s Facebook page. When she announced her father was coming to town for a visit, she showed herself standing next to an older African-American man.

Dolezal’s public racial identity came under scrutiny on Thursday, when a reporter from KXLY held up that photo asked her a simple question.

This is how the conversation went:

“This man right here’s your father? Right there?”

“You have a question about that?”

“Yes ma’am, I was wondering if your dad really is an African-American man.”

“I don’t understand the question of — I did tell you that, yes, that’s my dad. And he was unable to come in January.”

“Are your parents…are they white?”

Dolezal walked away from the microphone, leaving her purse and keys, and took refuge in a nearby clothing boutique.

Career as a black woman

Dolezal has built a wide-ranging career on her racial identity.

She is not just president of her local NAACP chapter; she is also an academic expert on African-American culture and teaches many related classes at Eastern Washington University.

She represents the black community publicly and vocally, including as a spokeswoman on race-influenced police violence. On Tuesday she spoke to Al Jazeera on the topic.

She has appeared alongside Baltimore City State’s Attorney Marilyn Mosby, who has filed charges against police officers in the death of Freddie Gray, a young black man.

The mayor of Spokane appointed Dolezal chairwoman of a police oversight committee to keep an eye on fairness in police work.

After the allegations of faked racial identity surfaced, Mayor David Condon and City Council President Ben Stuckart issued a statement. “We… take very seriously the concerns raised regarding the chair of the independent citizen police ombudsman commission.” The city is checking to see if she has violated any policies.

Dolezal also has spoken about multiple alleged racist threats made against her, including nooses found near her home. But police never have been able to substantiate them, KXLY reported.

Dolezal’s mother, Ruthanne Dolezal, told the Spokane Spokesman-Review that after she and her husband adopted four African-American children, Rachel Dolezal began to “disguise herself.”

“It’s very sad that Rachel has not just been herself,” Ruthanne Dolezal said. “Her effectiveness in the causes of the African-American community would have been so much more viable, and she would have been more effective, if she had just been honest with everybody,” the newspaper quoted her as saying.

Rachel Dolezal brushed off the controversy surrounding her racial identity as part of a family fight over alleged abuse, the Spokesman-Review reported. 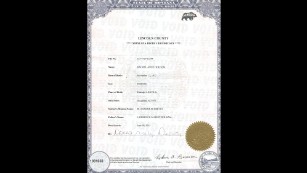 She wouldn’t answer the newspaper’s questions about her racial heritage directly and said she wanted to talk to local NAACP leadership first. “I feel like I owe my executive committee a conversation,” she said.

“That question is not as easy as it seems,” Dolezal told the Spokesman-Review. “There’s a lot of complexities … and I don’t know that everyone would understand that.”

Social media reactions varied, and some seemed to concur with Dolezal’s assessment.

Her name and the term “transracial” were top trending hashtags on Twitter.

Some users floated the notion that people could cross over lines of racial identity as they do with sexual identity.

“Hmm interesting article about #racheldolezal. If she identifies as black, can she be transracial?” one user asked. Other users compared Dolezal with Caitlyn Jenner, former known as Bruce Jenner, often in a derogatory manner.

But many users, particularly African-Americans, bemoaned that switching race doesn’t work like switching gender, noting that black people can’t pretend to be white to avoid discrimination.

“My prob w/ #Transracial: Black folk cant decide to be white when the cops raid their pool party. But a white woman can be NAACP president,” wrote hip-hop artist Lizzo.

“If #RachelDolezal can do it, so can I. I am now a white American. Give me: good credit, the ability to swim, and police NOT beating me,” PrestonMitchum tweeted. 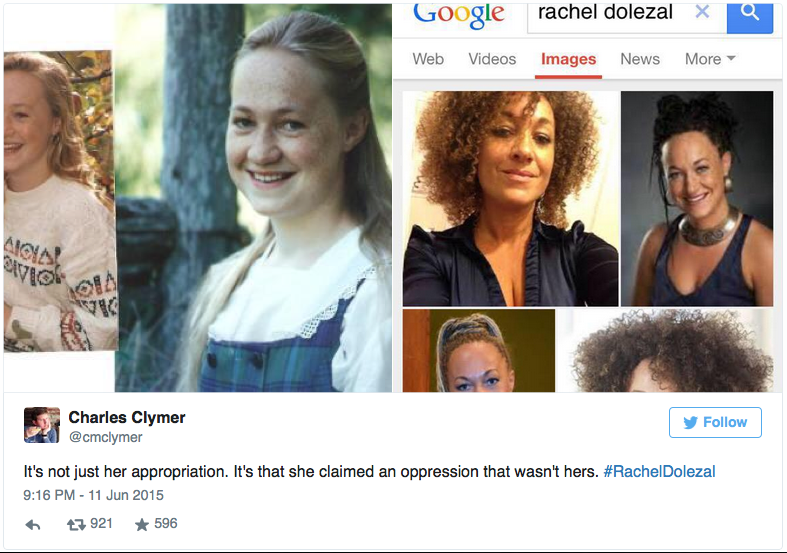 “It’s not just her appropriation. It’s that she claimed an oppression that wasn’t hers,” wrote user Charles Clymer.