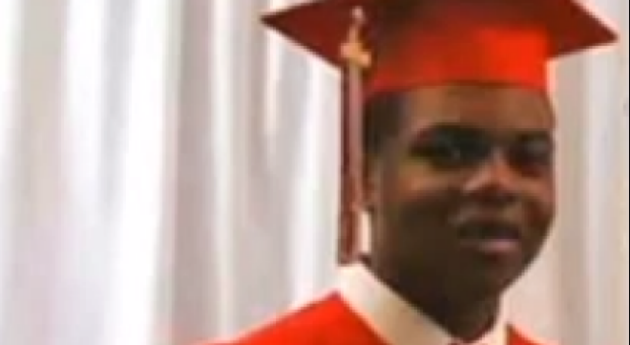 CHICAGO (AP) — The city of Chicago said Thursday it will comply with a judge’s order and soon release a video of a white police officer shooting a black teenager 16 times — images that some worry could lead to unrest similar to protests that other cities have seen after police-involved deaths.

The announcement from the city came after Cook County Judge Franklin Valderrama refused to give the Chicago Police Department more time before the release while the city decided whether to appeal. It was initially thought that an emergency appeal was likely.

But a statement from Mayor Rahm Emanuel’s office hours after the judge’s ruling indicated there will be no appeal and that the video would be released to the public by Wednesday at the latest, as Valderrama ordered.

“Police officers are entrusted to uphold the law, and to provide safety to our residents,” the statement said. “In this case unfortunately, it appears an officer violated that trust at every level.”

Earlier Thursday, several activists began to cry inside the courtroom when the judge issued his ruling. They said later that the decision to release the footage of the October 2014 shooting death of 17-year-old Laquan McDonald was monumental for a city with a police department that has long been dogged by a reputation for brutality, particularly involving blacks.

Activists, journalists and attorneys have been pushing for the video’s release for several months, especially after the family’s lawyers obtained the squad car dashcam video and described what they saw: McDonald armed with a small knife and walking away from a group of police officers, and Officer Jason Van Dyke opening fire from about 15 feet and continuing to shoot after the teen fell to the ground.

An autopsy report showed that McDonald was shot 16 times, including at least twice in his back. The report also said PCP, a hallucinogenic drug, was found in McDonald’s system.

The Police Department, responding to a freelance journalist’s Freedom of Information request, refused to release the video and said doing so could hamper the shooting investigation.

But on Thursday, the judge said the department did not have the legal right to withhold the video because other agencies including the FBI are the ones investigating, not Chicago police.

The statement from Emanuel’s office appears to exert pressure on prosecutors, saying that the city “promptly sent this case and the evidence to state and federal prosecutors who have been investigating it for almost a year.” The statement adds that it hopes the video’s release by Wednesday “will provide prosecutors time to expeditiously bring their investigation to a conclusion so Chicago can begin to heal.”

McDonald’s mother did not want the video released out of fear it could lead to protests like ones in Baltimore and Ferguson, Missouri, that sometimes grew violent, according to one of her lawyers, Jeffrey Neslund.

“It is a very graphic video and it is disturbing. It will have a powerful impact,” Neslund said.

Craig Futterman, an attorney for freelance journalist Brandon Smith, said while the video will certainly anger people, the Police Department’s fight to keep the video from public view will upset them more.

Van Dyke’s attorney, Dan Herbert, said he is concerned that someone could try to harm the officer because they do not understand the context in which the shooting occurred.

Police said Van Dyke has been stripped of his police powers, but remains at work on desk duty.

Neslund, the McDonald family lawyer, said a grand jury could meet to consider whether to indict Van Dyke as soon as next week.

Data recently released by Mandel Legal Aid Clinic of the University of Chicago Law School and a nonprofit journalism group called The Invisible Institute showed thousands of citizen complaints against officers have resulted in little discipline against the officers. The data also shows that Van Dyke has been the subject of 18 civilian complaints for allegations including misconduct, racial verbal abuse and excessive force during his career but has never been disciplined.

Van Dyke denied that he acted improperly in each complaint.

The Chicago City Council took the unusual step in April of approving a $5 million settlement with McDonald’s family, even though the family hadn’t filed a lawsuit, after being advised to do so by a city attorney who had seen the video.