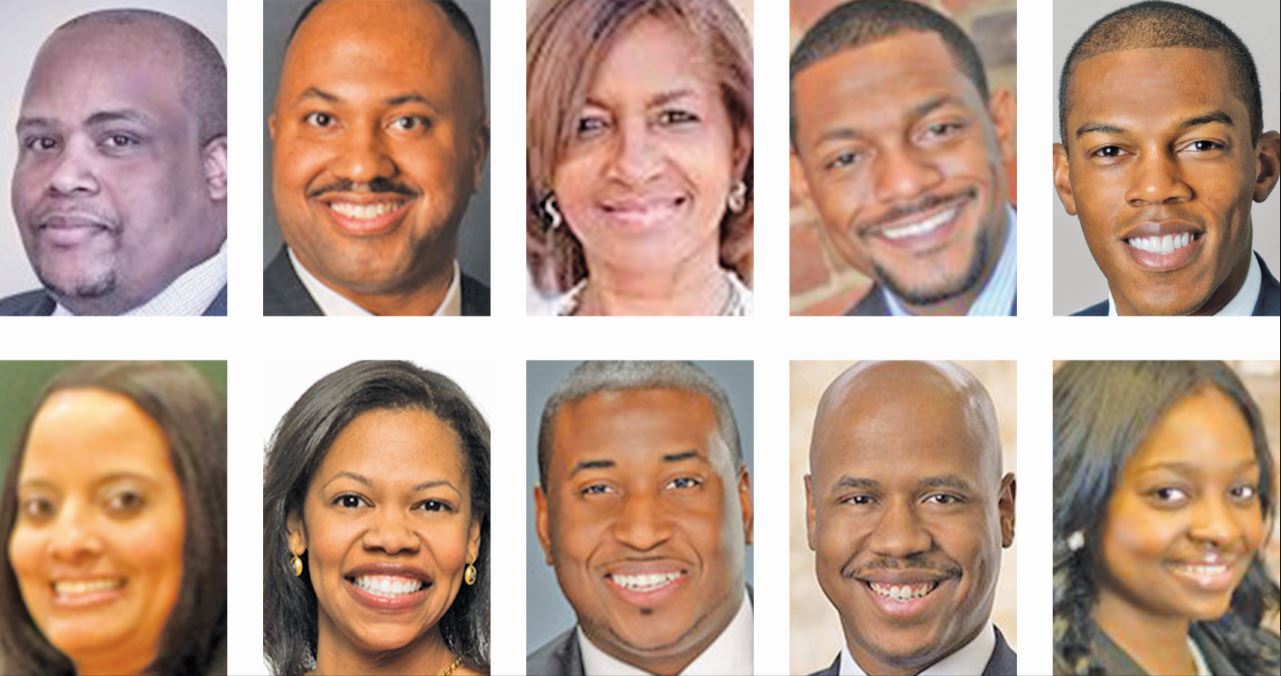 The city of Birmingham is home to a lot of talented attorneys. Here are just a few whose names came up during interviews:

Burrell, a West End native, has been recognized by Birmingham Magazine multiple times as one of the area’s top attorneys. The West End High School alum completed his undergraduate studies at the University of North Alabama, and in 2010 earned his degree from the Birmingham School of Law. With more than eight years of legal experience as a criminal-defense and personal-injury lawyer, Burrell and longtime friend Terrell McCants merged practices in September 2017. Since joining forces with McCants, Burrell has handled several high-profile cases. He litigates serious criminal cases and personal-injury matters in municipal and state courts. He also has been admitted to try federal cases in the U.S. District Court for the Northern District of Alabama.

Clark has appeared before state and federal courts in Alabama since 1998. His areas of practice include general civil-defense litigation, with an emphasis on toxic torts, product liability, employment discrimination, and consumer fraud, including the defense of class action lawsuits. Clark obtained a Bachelor of Science degree in marketing, earning summa cum laude honors, from the University of Tennessee, Knoxville; he earned a Juris Doctor (JD) degree from the Vanderbilt University Law School in 1998. He has memberships with the American Bar Association and the Magic City Bar Association. He he was appointed to the Birmingham Bar Association’s 2007 Task Force on Diversity Initiatives. And he has served on the Alabama State Bar Diversity on the Profession Committee.

Davis formed her firm in 1996 and has more than 10 years of public-finance experience as co-bond, co-underwriter’s, and co-disclosure counsel to various state agencies, municipalities, and public authorities, such as the state of Alabama, the city of Birmingham, the Birmingham Airport Authority, and several colleges and universities. Her experience includes real estate and property law; commercial law; economic development; and project management. Davis earned her Juris Doctor (JD) degree from the Birmingham School of Law.

Howard, a Tuscaloosa native, specializes in civil litigation; employment and labor law; constitutional and Civil Rights law; and wills and estate planning. A member of Kappa Alpha Psi Fraternity Inc., he earned a Bachelor of Arts degree from the University of Alabama in 1999 and a Juris Doctor (JD) degree from the Thomas M. Cooley Law School in Lansing, Mich., in 2003. Howard has been admitted to practice of law in both the Northern and Middle districts of Alabama since 2004.

Christian and Small Attorneys and Counselors

Jones’s practice includes cases involving civil litigation; class action and complex litigation; drug and medical devices; environmental and toxic tort; extracontractual and bad-faith liability; insurance; insurance coverage; and product liability. He attended Bowie State University, in Bowie, Md., where he served as Student Government Association class president and earned a Bachelor of Science degree in sociology. He also earned a Master of Science degree in criminal justice and criminology from the University of Baltimore, and a Juris Doctor (JD) degree from the University of Mississippi School of Law.

King has served the city of Birmingham since 2006. In November 2017, she was appointed by newly elected Mayor Randall Woodfin to serve as city attorney. The Ramsay High School alum completed her undergraduate studies at the University of Alabama and earned her law degree from Texas Southern University Law School. She has successfully handled cases before the Alabama Supreme Court, Alabama Court of Civil Appeals, and the U.S. Court of Appeals for the 11th Circuit.

Revill is a criminal defense and Civil Rights attorney, who received a Bachelor of Arts degree in political science from Alabama State University in 2007 and a Juris Doctor (JD) degree from the Louis D. Brandeis School of Law at the University of Louisville in 2010. The Albany, Ga., native opened the Revill Law Firm in 2010. He specializes in personal injury and family law, and has been admitted to practice before federal courts for the Northern and Middle districts of Alabama.

Roberts works in the creditors’ rights and bankruptcy group of Burr & Forman’s Birmingham office. His practice focuses on all aspects of corporate restructuring, bankruptcy, and insolvency proceedings. He works with clients in Chapter 11 proceedings, as well as with financial institutions holding distressed-debt portfolios. Roberts, who has been admitted to practice in Alabama and Florida, is on the Burr & Forman diversity committee and involved in the creation of the firm’s diversity initiatives. He earned a Bachelor of Arts degree the University of California, Berkeley, in 2009, and a Juris Doctor (JD) from Georgetown University Law Center in Washington, D.C., in 2014. The Birmingham Business Journal recognized Roberts as one of its 2017 Rising Stars of Law.

Wells has been a key member of the Guster Law Firm LLC for more than five years and currently serves as the firm’s managing attorney. She earned a Bachelor of Arts degree in public relations from the University of Southern Mississippi in 2005; a Master of Education degree from the University of Alabama at Birmingham in 2007; and a Juris Doctor (JD) degree from the Mississippi College School of Law in 2011. Before joining the Guster Law Firm in 2012, she spent a year at the Birmingham Law Firm. She currently practices criminal law, personal injury, and wrongful death litigation. The Mississippi native is a member of the Magic City Bar Association, the Birmingham Volunteer Lawyers Program, and Girls Inc. of Central Alabama. She also has been admitted to practice in federal district court.

Owner Dan S. Crane’s firm has offices in Birmingham and in Orlando, Fla. Its priority is to provide clients with the best legal representation and aid in recovering expenses from incidents, such as auto, trucking, and on-the-job accidents; wrongful deaths; drug recalls; defective products; and nursing-home neglect. The firm also defends the rights of their clients in personal-injury matters, including Social Security claims and select family-law disputes.

Since 2006, the firm has been devoted to assisting clients in need of criminal defense, as well as providing representation for personal-injury victims and family-law matters; it also specializes in helping clients exercise their constitutional rights. The firm is staffed by legal professionals who are passionate about serving the community and its legal needs. Founding partner and senior attorney Edmond D. Earle and attorney Donnetta Ellis have a legal team that specializes in examining medical records, as well as providing research and paralegal services.

The firm provides essential legal representation for people who have been exposed to asbestos and other toxins in an occupational or environmental setting, and obtains maximum recovery for them and their family members. The litigation group was formed in 1990 as an asbestos firm by Bill Lewis, whose father died as a result of asbestos exposure. The firm has won more than 25,000 cases and recovered more than $1.4 billion for clients over the course of 28 years.

Founded by Eric Guster in 2002, the firm has a concentration on serious accidents and injuries, as well as family law and criminal defense. The litigation team includes founder Guster, managing attorney Romika B. Wells, and attorneys Shannon Y. Moore and Michael J. Marable. The firm is known for their victories in trial litigation, research, and negotiations, as well as their willingness to go above and beyond to get their clients what they deserve.

Since its founding in 2015, the firm has provided legal advice and won cases for victims of auto, truck, and motorcycle accidents; as well as cases involving personal injury, wrongful death, and Social Security disability. The firm also argues on behalf of individuals and groups experiencing discrimination and other Civil Rights violations.

Founded by Victor Revill in 2010, the firm has handled several complex legal matters in the areas of criminal defense and personal injury, as well as Civil Rights, employment, and family law. The firm’s commitment to the practice of law has been recognized with honors, such as the Client Satisfaction Award of the American Institute of Criminal Law Attorneys in 2015; the Rising Star Award and Top Civil Rights Attorney from Birmingham Magazine in 2015; and Top Criminal Defense Attorney from Birmingham Magazine 2012, 2014, and 2015.

The locally owned firm was founded by attorneys Chuck James and Gerald Brooks in 2013. The two law-school buddies formed the firm of Brooks, Hubbard, and James, which later became the Serious Injury Law Group. The firm’s personal-injury lawyers handle a wide range of cases, including car, truck, motorcycle, bicycle, and pedestrian accidents; medical malpractice; dangerous drugs; defective products; nursing-home injury, and wrongful death. Anyone injured or who has lost a family member in an accident due to someone else’s negligence can speak with a member of the firm. Free consultation is provided to discuss options for pursuing the compensation and justice.

Founded by Fairfield native Barry W. Walker in 2002, this practice is dedicated to pursuing justice on behalf of people injured by accidents, medical negligence, and nursing-home abuse, as well as victims wronged by insurance fraud and bad faith. The firm has won numerous resolution of cases related to birth, traumatic-brain, and 18-wheeler injuries, and those involving medical malpractice, wrongful death, and nursing-home neglect. 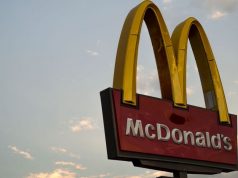