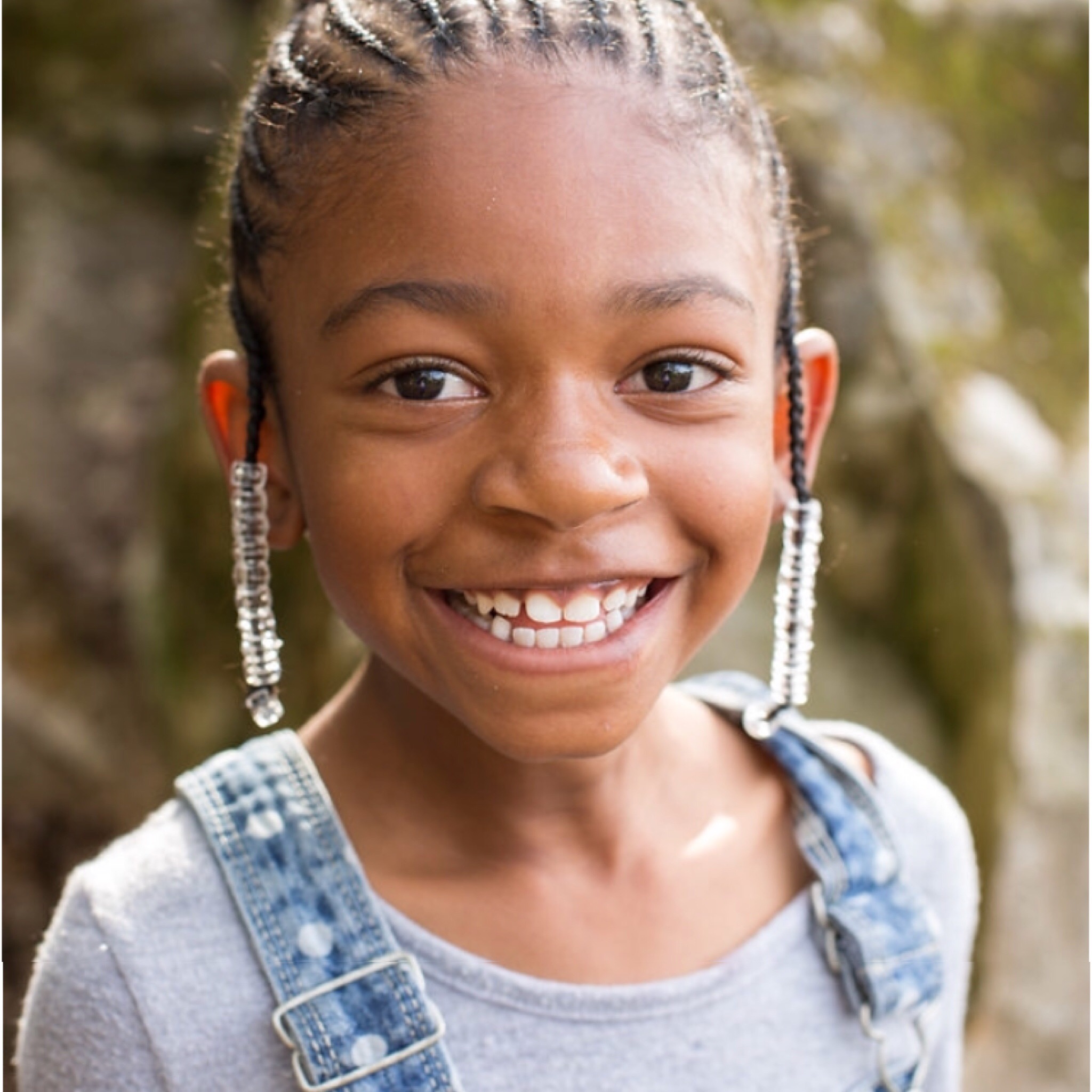 Birmingham second grader Sybella Inman got a taste of the bright lights of Hollywood recently after appearing in the blockbuster hit “Black Panther,” which earned a record-setting $201.8 million debut over the weekend making it one of the highest grossing movie openings ever.

Sybella, 8, who is on the honor roll at Birmingham’s EPIC Elementary and known as Bella, appears about 30 minutes into the film in a scene where T’Challa, the main character, is lying in the dirt. Bella said she was excited about securing the role of an orphan in the movie.

In an interview with The Birmingham Times, Bella said “it feels really cool to be a part of this kind of movie . . . I like Black Panther because he does cool stuff. And the princess was pretty!”

Asked about her dreams for the future, Bella said, “I want to do a lot of things. I want to be a singer, dancer, actor, and run my own store that makes a lot of money for homeless people.”

When Bella was six, her mom had professional headshots taken. “We’ve done some [film] workshops that she’s done really, really well in,” K’la said. “She did a workshop with Alpha Tyler, one of Tyler Perry’s casting agents.”

K’la, who has done some acting, almost missed an opportunity to cast her daughter for the film. Kl’a has casting calls come to her phone and when she saw one for “Black Panther” she almost discarded it until she saw the movie was casting for Bella’s age range.

As the family arrived at church that particular day for Sunday morning service “my husband, Kalep, asked what I was doing because I had my head in my phone, and I told him ‘I was trying to apply for casting for some movie named Black Panther’ and he says, ‘Oh, that’s a black superhero, a Marvel character, you should finish that.’

Two weeks later K’la received an email while renting a car. “[I] was talking to the clerk, and looked down at the email and started screaming . . . I dropped my phone.” 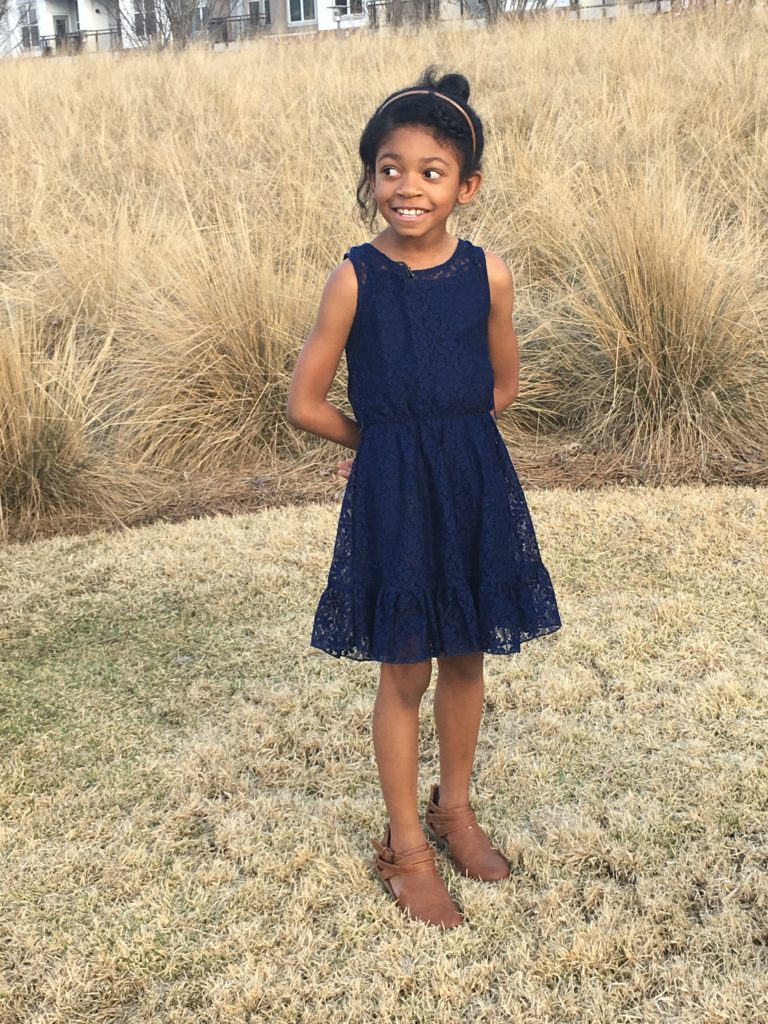 Last March, Bella and mom set out for Pinewood Studios, in Atlanta, GA to film her scenes.

Bella’s painted face is the only orphan to be shown close up in the scene. “She actually got to film with Chadwick Boseman [Black Panther] and Forest Whitaker [Zuri] in the scene where they were doing the burial rite,” her mom said.

Bella learned about long days. “They shot both her scenes the same day. Including hair and makeup, she had an 11-hour day,” K’la said.

K’la had her brush with Whitaker, as well. “I was actually sitting right next to him for a while before noticing I was barely two feet away from him,” K’la said. “That was pretty cool.”

Asked what Bella was most excited about on set, her mom said, “food.”

“She was … hungry” K’la laughed. “On movie sets they always have what they call a ‘crafting table’, and their spread was pretty impressive. They actually gave us lobster … which is unheard of. But, I guess with a [film] budget that big ($200 million)” they could afford it. “She was running over there for cakes and cookies, juices, and whatnot every chance she could.”

While Bella doesn’t talk in the movie, she loves the Hollywood glitz and glam.

“It got to be different and I like makeup being on my face,” Bella said. “It makes your face all shiny and glittery.”

The Inman family is proud to have their daughter appear with a cast that looks like her. “I think it’s important,” K’la said. “Typically that doesn’t happen. I mean you look at Disney princesses, Barbie dolls, it’s not always representing everyone across the board.”

The film has a black director and an all-black cast and is set in Africa.

Word spread quickly in school that Bella was in the movie. “It was crazy at school – I had to do this,” that’s when she puts her fingers in her ears and laughs. “At P.E., I had to run away,” she said.

Besides acting Bella “likes to do everything – play soccer, model and being creative,” said her mother. “She likes to make her own makeup. She paints. She dances. And she likes to make slime.”

Like everyone else, the Inman family was blown away by the film’s debut. “She was pretty impressed by how it all came together,” Kl’a said of her daughter. She knew she was . . . inside a studio with a ton of graphs and stuff all over the floor, and the way the graphics brought it all together was amazing to her.”

“The City of Birmingham family is very proud of your accomplishments, and we celebrate your success,” Woodfin said. “Continue to pursue your dreams and strive for ambitious goals.”