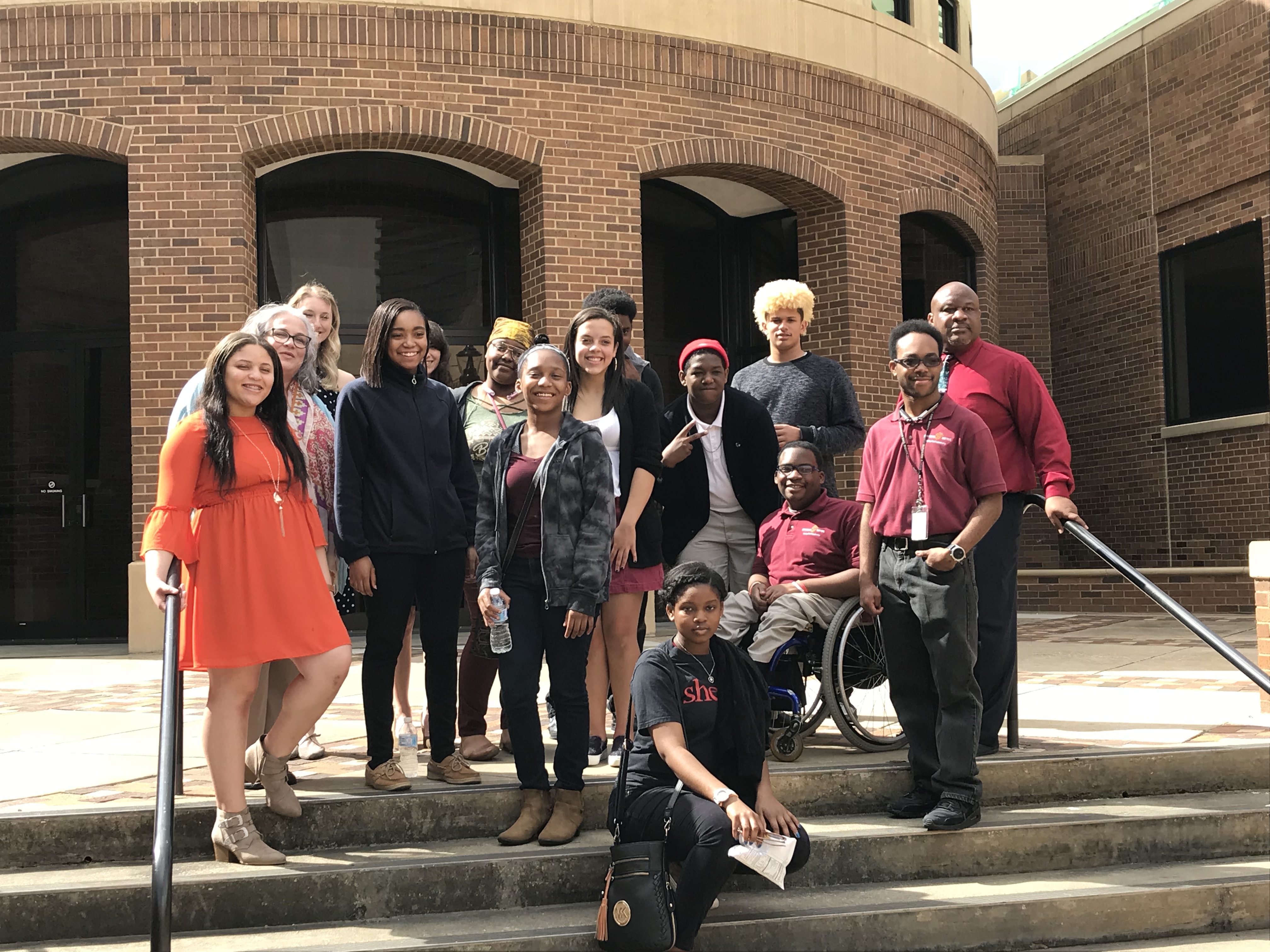 On Wednesday, she was at the Institute for another occasion: tour guide for a teen summit sponsored by The Birmingham Pledge Foundation in partnership with the Birmingham Civil Rights Institute and the Davis Matthews Center for Civic Life.

“I decided to attend the summit because I realized there is such a need for these racial dialogues to go on, especially with the state that our country is in right now,” said Johnson.

After Johnson led Birmingham-area high school students on the tour the teens heard from the Reverend Gwendolyn Webb, who marched as a child in the Civil Rights Movement. Webb recalled meeting with Rev. James Bevel, one of the march organizers.

The philosophy, Webb said, was that “leaders beget followers, followers beget other followers and that’s how the children’s movement was formed.”

After Webb’s speech, students participated in forums and workshops on issues such as diversity, how to find common ground and ways to maintain a balanced perspective in conversations about public issues.

The Birmingham Pledge was written 20 years ago and the foundation has worked to eliminate prejudice and racism throughout the world through their pledge drives and other programs.

“I think that any time students get together and hear opinions that are similar to theirs or even different to theirs, they gain perspective on what other people are going through, what people feel about certain subjects and how they’re affected,” said Tipler. “I believe today’s group of kids do represent different areas and different socioeconomic backgrounds so I think they will be able to kind of gain some insight from each other.”

Wednesday’s summit was the first after a three-year hiatus. It was originally a yearly event.

“What we want to do is consolidate everything into a short period of time so it’s an easy commitment for students to make,” Tipler said. “We want them to be able to come here and spend some time and feel like they’ve gained some skills and learned a little bit and that they walk away knowing a little bit more than they did before.”