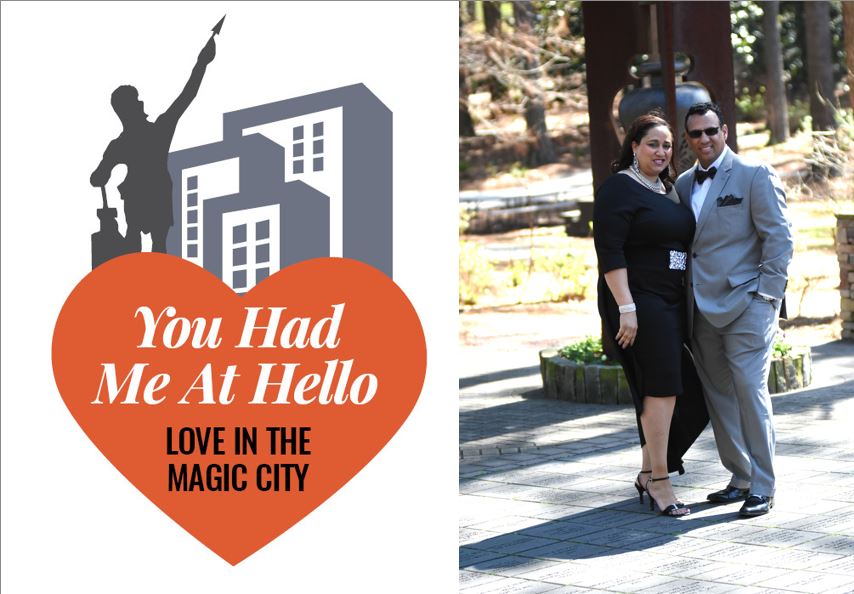 “You Had Me at Hello’’ highlights married couples and the love that binds them. If you would like to be considered for a future “Hello’’ column or know a loving couple, please send nominations to Ariel Worthy at aworthy@birminghamtimes.com. Include the couple’s name, contact number(s) and what makes their love story unique.

Met: Lee and Monica are both from the same neighborhood in Mobile and had seen each other around before officially meeting in 1983. Monica said she was at the mall with a friend and her friend bet her she would not go talk to Lee, who was working in the mall at a shoe store. “I was in high school and he was in college,” she said.  “So he was robbing the cradle.” But Monica went into the store and that was that.

First date: “We went to the movies,” said Lee. “The Best Little Whorehouse in Texas.”  After the movie, the two drove from one end of Mobile to the other talking. “We just talked and he was the first person to ever ask me what I thought about things,” said Monica. “And he didn’t tell me how pretty I was, he was more concerned with my mind.” Despite the age difference, Monica said she knew he was “the one” after that first date. “It was love.”   Lee said love grew steadily between the two.  They dated five years before deciding to get married.

The proposal: “Well it was kind of understood that we would get married,” Lee said. “And at some point her mother put down a $50 deposit for the reception and she said she didn’t want to lose her money,” he joked.

Lee and Monica were in college at this point and they were both living in different places— he was in school in Birmingham at RETS Electronic Institute and she was at Alabama Agriculture & Mechanical. Said Monica: “We were just waiting on one of us to finish college.” But the distance proved too much for the couple. “It was so painful, I was sick,” Lee said.

He added: “And they charged long distance by the minute back then so we could have been renting an apartment for what we were paying for phone calls.”  After a year of long-distance love the couple eventually settled in Birmingham.

The wedding: The two were married at St. Catherine’s Catholic Church in Mobile. The reception followed at the YMCA.

Words of wisdom: They both agreed that communication is key to a good relationship. And that couples should never forget why they fell in love in the first place.

“You have to take a snapshot of your most loving days and then draw on those moments during your tough times,” said Monica. “There will be bumps in the road. It helps to remember the good times on the rainy days.”

Said Lee: “From a biblical perspective, the Bible spells out the way you should treat your bride. She is a part of you and you should treat her as such.” He added: “Also recognize each other’s talents and support your spouse.”

Happily ever after: The Mitchells have two adult sons.  Monica is a real estate agent. Lee is territory sales manager with an area company. They enjoy traveling— they have set a goal to see all of the waterfalls in Alabama. “I like going out with her,” Lee said.

Said Monica: “This period is almost like going back to the beginning for us (before marriage and children). It feels like a circle coming back around . . . I enjoy spending time at home with him just watching the Hallmark Channel.” Lee smiled. “I do watch it and I fall asleep.”