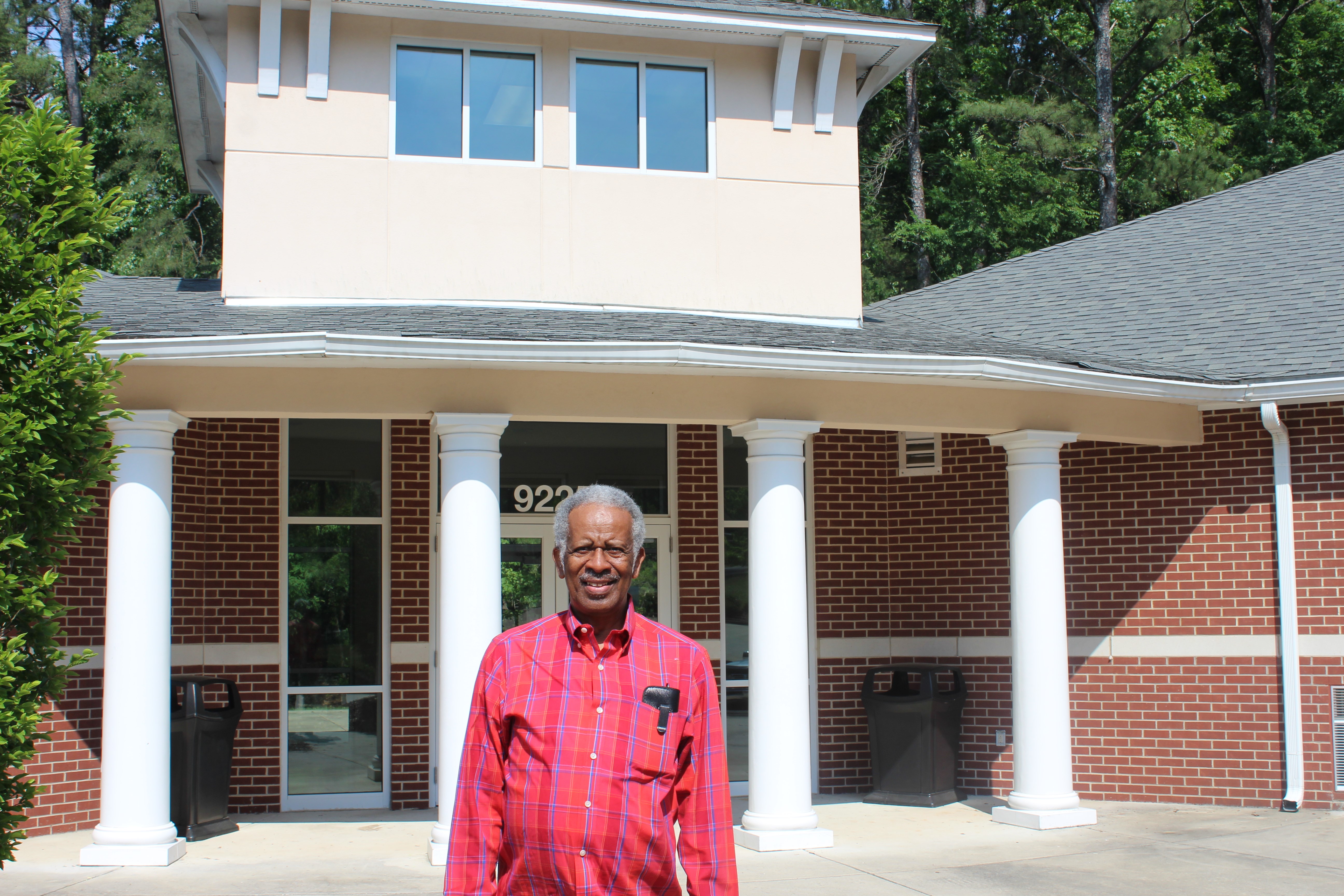 Harry A. Giddens sat in the Harry Giddens Dedication Room at the Brownville Heights Community Center in East Birmingham. The room was dedicated to him after he, along with the late City Council President Maxine Herring Parker, worked to get the center built for the neighborhood. The facility opened in 2013.

“I’ve been a neighborhood officer for 25 years,” said Giddens, president of the Brownville Heights Neighborhood Association. “Maxine and I would stay up late trying to strategize and work with the mayor, the city council, and the [Park and Recreation Board] to get this community center built.”

“When I moved here, we didn’t have a garbage pickup. [There were] dirt roads, no street lights, no fire departments. … Compared to what it was back then, it looks fantastic,” he said. “They have built a lot of homes out here since then. The income level has increased a lot more from what it was back then.”

Over the years, the community has been split, mostly because of expansion at Birmingham-Shuttlesworth International Airport.

“The airport moved a lot of residents out of the community … [because it] bought up all that land from 1993 until present,” he said. “It affected the Airport Hills community, North East Lake, Zion City, and all by the cemetery.”

Giddens is also president of the Birmingham Airport Authority’s advisory committee, which works with the agency to help the surrounding neighborhoods. Giddens said the authority has a work-study program that hires young people from Huffman, Woodlawn, and Ramsay high schools.

“It keeps them out of trouble,” he said of students.

Giddens, who is a retired U.S. Postal Service worker, said the community is aging: “Once upon a time, it was very active with children back in the 70s and 80s, but now many of those folks are grown and moved out, so now the total community is aging.”

He would like to see more young people move into the community to help rebuild it.

“We need young minds to do that,” he said, adding that the community center was a start.

“The community center is used for different activities, meetings, birthday parties, Christmas functions,” he said. “We’ve got card games and dance classes on Tuesdays. Every year in November, we have a pre-Thanksgiving dinner for the community’s citizens, fire fighters, and police officers.

“This center has been an asset. There was nothing out here. Now, parents bring their kids here, … let them play, tire them out, and take them home.”

As far as a wish list, Giddens said hopes that people will build homes, as well as improve existing structures.

“We need improvement on dilapidated houses, on vacant lots,” he said. “We need to implement the paint program we had years ago to help senior citizens in the community. The city bought the paint, and residents got someone to paint their houses for them. It was [one of the city’s] best programs, and we need to go back to that. That was a positive program that helped a lot of senior citizens.”

Despite the amount of work that needs to be done, Giddens remains optimistic.

“I’m looking around, and I believe something positive is going to happen to this community,” he said.

“You’ve got to have patience, and we’ve got to work together with the city and the citizens to make it happen. Young people seem to move into other areas, but when older people die, young people don’t want to keep the houses. I feel like if we all work together, we all can move to the next level.”