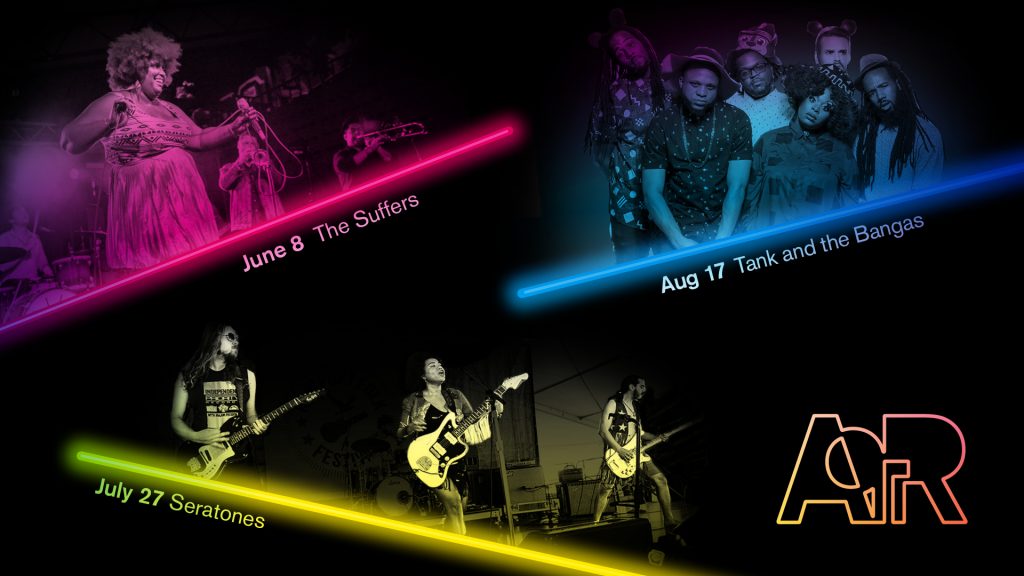 SOUND SESSIONS IN THE GRILL, at Iron City.

POND and FASCINATOR at Saturn.

GEORGIA DISH BOYS, THE JIMSJIMS and KYLE KIMBRELL at the Nick. 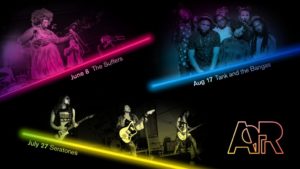 ART ON THE ROCKS featuring THE SUFFERS, 7-11 p.m.at the Birmingham Museum of Art.

VOLK, CAHABA STARSHIPS and PILGRIMS at The Nick.

THE POSIES and TERRA LIGHTFOOT at Saturn.

JEFF KUJAN, RATOBABY and THE DIZZY at the Nick Rocks.

SLEEP SIGNALS, 7 STONE RIOT and SHADES OF SINN at the Nick.

HANK ERWIN and THE SBG’S and RYAN O’CONNOR at the Nick.

SOUND SESSIONS IN THE GRILL at Iron City with HD & THE MAN.

SOUND SESSIONS IN THE GRILL with COTTON BIRD TRIO, at Iron City.

THE MACHINIST, NOMVDIC, BROKEN FACTORY WINDOWS, and JUSTIFY THESE SCARS at the Nick.

THE UNDERHILL FAMILY ORCHESTRA at Saturn.

SATURDAY DAYHIKE, 8 p.m. – FREE Alabama Symphony Orchestra Concert at Railroad Park situated along 1st Avenue South, between 14th and 18th Streets South in downtown Birmingham. DETAILS: Thanks to the generous support of sponsors, the ASO is excited to play a free series of concerts in Birmingham’s Railroad Park! Enjoy music under the stars with the Alabama Symphony Orchestra. The musical compositions to be played on this Saturday evening program will be announced. Please join us for this special concert that promises to yield a great evening of fun.

Relax on the lawn with your blanket or lawn chair. If you’d like to eat with us, please bring your picnic (no glass or alcohol allowed) to enjoy at 7:30 p.m. To find the group, please look for the Southeastern Outings people near the walkway on the railroad side (far side of park away from 1st Avenue South) of the park. You are welcome to bring as many friends and family members as you wish. Admission: FREE. More Info: Please call the ASO office,

Beginning today, parents/guardians can register their child to receive a fully paid camp scholarship by submitting a completed registration form to DYS. Deadline to register is Monday, July 16, 2018 by 4 p.m. Only sixty (60) camp scholarships are available. Slots will be filled on a first-come, first-served basis until all available spaces have been filled. Forms can be submitted in the following manner:

2) Hand-delivered to the DYS office located at 1608 7th Avenue North in downtown Birmingham. FAXED OR MAILED APPLICATIONS WILL NOT BE ACCEPTED. For more information about the LIFE AFTER BASKETBALL CAMP, call DYS at 205-320- 0879.

Registration is now open and beginning today, parents/guardians can register their child to participate in the Volleyball Camp by submitting a completed registration form and waiver to DYS. Slots will be filled on a first‐ come, first‐served basis until all 80 spaces have been filled. Forms can be submitted in the following manner:

2) Hand-delivered to the DYS office located at 1608 7th Avenue North in downtown Birmingham. FAXED OR MAILED APPLICATIONS WILL NOT BE ACCEPTED.

AT VULCAN PARK AND MUSEUM

MOVIE NIGHT UNDER THE MOON, June 27.

FLICKS AMONG THE FLOWERS at the Birmingham Botanical Gardens, TODAY with HITCH and July 18 with JAWS, 8 p.m.

THE AVENGERS is still showing at theaters around town.

THIS WEEKEND: COMEDIAN FAIZON LOVE. He’s affectionately known by millions as “Big Worm,” the infamous character he played opposite Chris Tucker and Ice Cube in the original “Friday.” Since then, he’s gone on to appear in nearly 50 films including: The Replacements with Keanu Reeves and Gene Hackman, Elf with Will Farrell, The Fighting Temptations with Beyonce and Cuba Gooding, Jr., “Idlewild,” with Terrence Howard and Outcast “Who’s your Caddy,” (in which he starred) and his latest starring vehicle, “Perfect Holiday” with Queen Latifah and Terrence Howard, and Couples Retreat with Vince Vaughn. He is one you don’t want to miss.

TUESDAY AND WEDNESDAY: COMEDIAN TONY TONE. He has appeared on television shows like: NBC’s “Later”, HBO’s Def Comedy Jam, BET’s Comic View and he is featured on a DVD with Cedric The Entertainer entitled, “The Starting Line Up 1”.

Tony dazzled the crowd to standing ovations at last year’s NACA South Regional Conferences and this year’s NACA Nationals. He has quickly taken the college scene by storm.

Snout Of Line: Trackers On Wild Pigs Show That Weather May Help Predict Their...